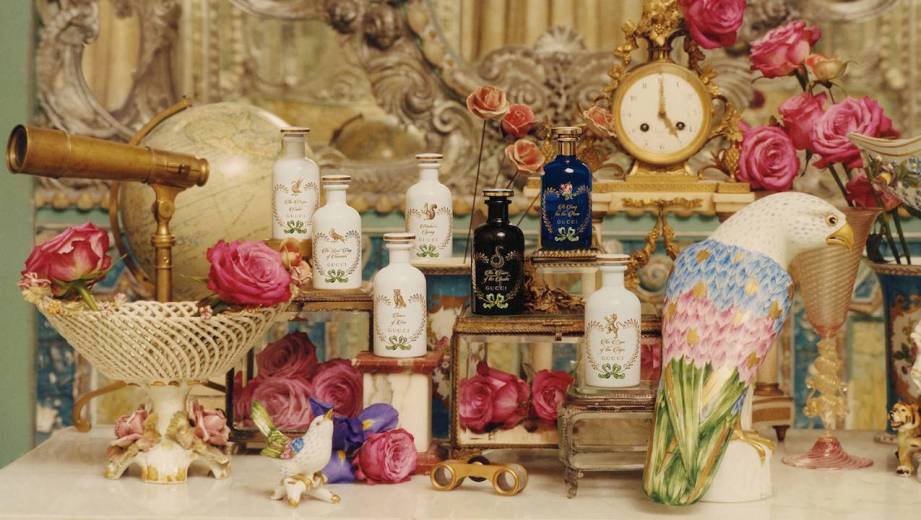 On May 4, Gucci — in partnership with Coty — will debut a new lipstick collection on Gucci.com and in select New York boutiques, according to its website. The beauty lineup comes nine months after the debut of the @guccibeauty Instagram account, which suggested a possible makeup relaunch for the luxury house. It has 286,000 followers, whereas Gucci has 33.6 million. The new lipsticks follow Gucci’s launch of its Bloom fragrance in 2017 and its expanded 14-piece fragrance line, The Alchemist Garden in January 2019. In its most recent earnings from April 2019, Gucci reported a 20% year-over-year revenue growth.

Gucci first launched a beauty line, which consisted of nearly 200 lip, face and eye products, in November 2014 under Procter & Gamble’s prestige sector. In 2016, P&G sold most of its beauty portfolio to Coty, and the brand has been mostly quiet ever since. The fashion house, for its part, embarked on a rapid growth phase since designer Alessandro Michele was tapped to lead the brand in January 2015 — the last eight consecutive quarters saw at least a 20% growth in sales per quarter. Fragrance was the first step in the brand’s beauty playbook; Michele brought his personal touch to the line, from curating scents to casting Dakota Johnson and Hari Nef in its campaigns. Both Gucci and Coty Inc. declined to participate in this story.

“A lot of luxury brands already have fragrance franchises, so what is the next product category they can launch to continue to build brand loyalty? It makes sense to launch beauty to increase revenue, [and] because profit margins can be upward of 80%,” said Shikha Jain of consultancy firm Simon-Kucher & Partners.

Gucci’s makeup collection arrives at a time when luxury beauty has been taking off. The market for luxury and prestige cosmetics was expected to grow to about $126 billion by 2019, according to Statista. L’Oréal Group-owned YSL Beauty (the fashion house is owned by Kering) has seen double-digit growth each year for the past five years, and Hermès announced in March it will launch a beauty line in 2020.

Luxury Institute CEO Milton Pedraza said Gucci’s re-entry into the makeup space may have a larger impact on prestige makeup. “Their brand could execute brilliantly, but it won’t be easy. You aren’t creating new users, you are stealing [customers from other brands], so it’s a market share war,” he said.

In addition to luxury beauty experiencing strong growth, Gucci’s fashion line continues to boom. Its growth in ready-to-wear has largely been credited to its relationship with millennials. In 2018, millennials made up 62% of Gucci customers, according to fourth-quarter earnings. Millennials and Gen-Z shoppers will come to represent 40% of the overall luxury market by 2025, according to Deloitte.

Gucci is also very popular among young Asian shoppers, where sales in the Asia-Pacific region (mostly China) increased by 45% year over year in 2018. These customers are only now entering the luxury space, according to McKinsey & Co, which could aid Gucci’s makeup relaunch.

“Cosmetics unlock new customers and create affordable entry points in the [luxury] category,” said Jain. “Once they acquire these customers, there is potential to up-sell and cross them over into other categories.”

Still, there is continued chatter about an economic slowdown in Asia. In 2018, China experienced the slowest economic growth in almost three decades, and although luxury fashion continues to grow in the region, the stock market has been wary. As a result, it makes sense for luxury companies to turn to new categories for growth. Aside from fragrances, Gucci launched a home decor line in 2017 and opened its own bookstore in the SoHo neighborhood of New York City in November 2018.

“Gucci has been growing, but they have to jump to another growing vehicle to continue. If they are going to rely on a big bet, beauty is it,” said Pedraza.