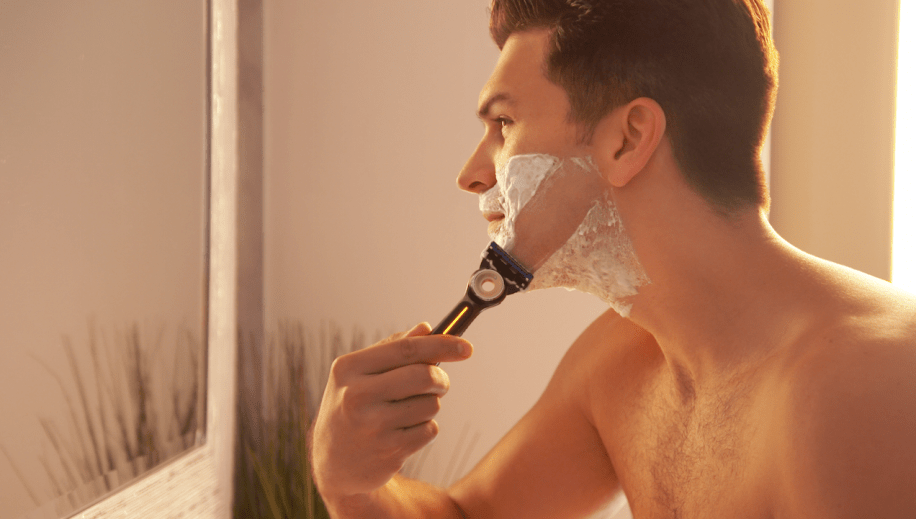 Gillette’s newest standalone brand, GilletteLabs, which launched in September 2018, is taking a different approach to men’s shaving with the debut of its first product, a $200 heated razor.

The razor will be sold at luxury retailer The Art of Shaving in all 100 locations and online beginning in May. This marks the first time the two Procter & Gamble-owned brands have paired up — Gillette products are typically sold in mass chains like Target and Walmart. GilletteLabs’ play at the luxury market comes at a time when its competitors, such as Harry’s and Dollar Shave Club, are disrupting the men’s shaving market by offering similar products at slashed prices.

“Elevating the experiences of the everyday routine is the goal,” said Stephanie Niezgoda, a senior product innovation engineer for GilletteLabs.“Other brands care about doing cost-saving [tactics], but bringing our technology and our understanding of the consumer together can add up to a big difference.”

Donato Diez, global brand manager for GilletteLabs, said, “Men are looking to elevate all aspects of their lifestyle, not only their grooming routine, and the market is reacting.”

The heated razor initially launched on Indiegogo in September 2018 (the campaign ended in October), in order to validate Gillette’s higher-priced product. Gillette announced GilletteLabs through social media channels like Twitter, Facebook and Instagram, as well as through tech-centric publications like Wired and Gear Patrol. Ultimately, 1,470 customers bought its products through Indiegogo for introductory, lower prices of $109 to $144, and the razors were shipped to them in February.

Because that first batch of razors consisted of prototypes, the GilletteLabs team was able to receive feedback on them in order to refine the final product for the larger market. Feedback ranged from engineering issues, such as long charging times for the heated razor, to more cosmetic issues, like how a protective foil on the charging base was leaving a glue residue when removed, Niezgoda said.

The launch of GilletteLabs marks a changing tide at the larger company, which has been losing market share for years. In 2010, Gillette dominated the men’s shaving category with a 70% market share, but since 2016, it’s only accounted for 54% of the market, according to market research firm Euromonitor International. In April 2017, it began price cuts of around 12% across all of its products to deal with defecting customers.

The Art of Shaving, which was acquired by P&G in 2009, has allowed the conglomerate to broaden its approach beyond shaving, and into beard oils, fragrances and shaving services. Working with the retailer allows GilletteLabs to directly tap into the luxury market at a time when consumer packaged goods products are undergoing a design facelift and CPG brands are aiming to develop emotional connections with customers.

“A lot of other Gillette products over the last decade have been focused on performance, so we wanted to go into a new sensorial space with a new brand to represent that,” Niezgoda said.

Gillette has also been trying to innovate in other aspects of its business. In January 2019, the brand launched a new advertising campaign focused on toxic masculinity, meant to update its traditional image. Ultimately, it sparked debate and controversy. Within its women’s shaving division, the brand launched in April 2019 a Walmart-exclusive brand called Joy, featuring millennial-pink razors reminiscent of newer competitors like Billie and Flamingo.

GilletteLabs will be featured on the homepage of the TheArtOfShaving.com at launch and will be promoted on both brands’ social media accounts. (Gillette has 112,000 followers on Instagram and 2.1 million Facebook likes, and The Art of Shaving has 37,800 followers on Instagram and 157,000 likes on Facebook.) Additional marketing details around promotion are still being figured out, Niezgoda said.

While Niezgoda would not detail whether GilletteLabs would use Indiegogo to launch future products, she said initial customer data from comments and emails from its trial pool are shaping other innovations at Gillette.

“We know from Indiegogo there is a large population of guys who are excited about something like this and are interested in that elevated shaving experience,” she said. “That is something we can learn from and translate to other aspects of Gillette.”