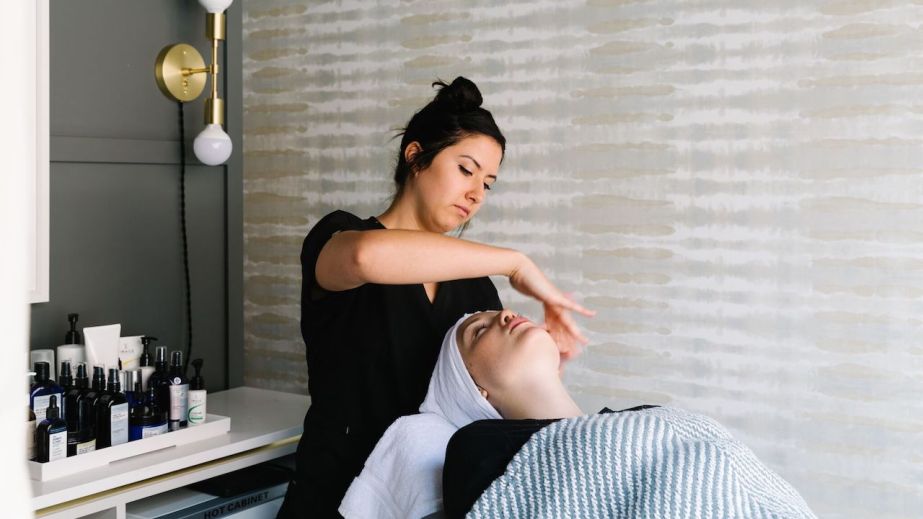 Facial service companies are strategizing to compensate for closures

Difficult times invite creative solutions, and this is increasingly the case with facial service locations that have been forced to temporarily close.

Facial services exist as an intrinsically in-person business, but several businesses are adapting to the online world. Companies like Skin Laundry, FaceGym and Heyday are relying on product sales via e-commerce to provide cash flow while locations remain closed. Other small businesses like Glowbar and Face Haus are finding ways to get by with limited e-commerce capabilities. For the most part, they’re focusing on how to strengthen their businesses when they are able to reopen.

Face Haus has eight locations across Texas, New York and southern California. Two new locations in Houston and Los Angeles that are mid-construction that are on indefinite hold. Face Haus has deferred rent on its locations and applied for a small business loan, but has not yet received one, said Jenn Worley, Face Haus co-founder and chief creative officer.

Face Haus furloughed approximately 90 workers as of March 23. The company expects to soon reopen two locations in Texas; the state’s governor, Greg Abbot, announced on Monday that certain stores and locations can re-open at 25% capacity and that barbershops, gyms and salons will likely reopen in mid-May. Face Haus banking on seeing a much-needed influx of cash at that time, and is currently navigating re-hiring, rent payments and the managing of bookings. Public health officials have repeatedly warned against relaxing social distancing requirements too soon. Whether this anxiety extends to customers is currently yet unknown though the mixed appetite for services can be gleaned from Atlanta’s reopening on April 24. Six people have stayed on with Face Haus and taken on additional roles; Worley, herself, is managing social media, a position she said she held when Face Haus first opened in 2013.

“We are a people-centric service business, so closures are a major challenge,” she said. “Right now, it’s how do we generate some kind of revenue during this time, and how do we use this time to plan for our future?”

Since March 23, Face Haus has focused on promoting gift card purchases through unpaid social media posts and email marketing. It ran a promotion for the first three weeks, where customers could receive an additional $15 gift card when they purchased a $50 card, and it’s currently running a promotion where a customer is entered to win a $200 gift card when they buy a $50 gift card. Worley said that although the sale of gift cards cannot begin to match the company’s previous cash flow, without those sales, the revenue would be zero. Although Face Haus has some e-commerce capabilities to facilitate gift card purchases, it does not sell products online. As such, the company is now allowing customers to place an order for products typically sold at Face Haus locations via email. Face Haus is offering free shipping and including a headband for orders over $75 to incentive purchases.

“We’re not Amazon, but we have loyal clients who want products, so how can we do this in a lo-fi way?” she said. “It’s important to find a balance between commerce and the common good. It’s a tricky time, and people are sensitive and stressed out, but we’re also a company that is experiencing a great amount of stress during the shutdown.”

This balance extends to the brand’s communications on Instagram and Facebook, although the cadence of posts has not changed. Its email marketing has been reduced by 75%, and its advertising has come to a halt. On Instagram, the brand is providing skin-care tips and tricks, driven by the notion that face masks cause breakouts, as well as information about how people can support small businesses like its own. In terms of long-term planning, Worley said the brand is assessing not only new health and safety protocols, but also business operations to see where it can identify opportunities for innovation. It will roll out these plans between the end of May and the start of the third quarter, although she declined to elaborate.

Meanwhile, Heyday closed its 11 locations on March 14 and is in talks with its landlords about rent deferments. It had to lay off over 300 employees, about 75% of its staff and has taken a conservative view to preserve cash runway for the rest of 2020. The company previously raised $8 million in Series A funding in 2018. The company hosts optional weekly virtual meetings and activities to sustain a sense of normalcy and community internally. Additionally, the company has applied for a Paycheck Protection Plan loan, but would not comment on the status of its application.

“We’re trying, like everybody else during this period, to learn as much as possible,” said Michael Pollak, Heyday co-founder and chief experience officer. “There have been severe constraints on businesses around how to operate, but that breeds creativity.”

Heyday, which launched in 2015 with an e-commerce component, has experienced a 425% year-over-year increase in its e-commerce sales over the last five weeks, said Pollak. He said the brand has been conscious not to over-promote its e-commerce through Instagram or Facebook posts or email marketing. Heyday also promoted gift card purchases from March 15-31, allocating 10% of those sales to a GoFundMe page set up for its furloughed employees. Additionally, the company began offering free online virtual consultations, promoted through email, on March 28. Pollak declined to say how many consultations have been held, as the offering is in a pilot program phase. After consultations, Heyday asks customers in a follow-up email to fill out a survey so it can determine how helpful the experience was.

Heyday currently runs an IGTV series on topics like how to build a skin-care routine and how to perform gua sha facial techniques. Heyday has continued its weekly cadence of emails, which reach 125,000 people.

“The bigger question mark is around customer behavior,” said Pollak. “Qualitatively, we’ve gotten so many in-bound comments from customers who say, ‘Oh, I cannot wait to get a facial when this is over.'”

Heyday is still working through specifics around its future hygienic policies, pointing out that spas, in general, were already well-sanitized places. Aestheticians may already wear face masks and face shields, for example. And he anticipates that Heyday will become more communicative about its policies and practices, such as what type of disinfectant it uses, which is CaviCide.

“When we emerge on the other side, it’s not about getting back to normal, but about taking what we’re learning during this period and [applying it] to come out stronger and as a better company,” he said.