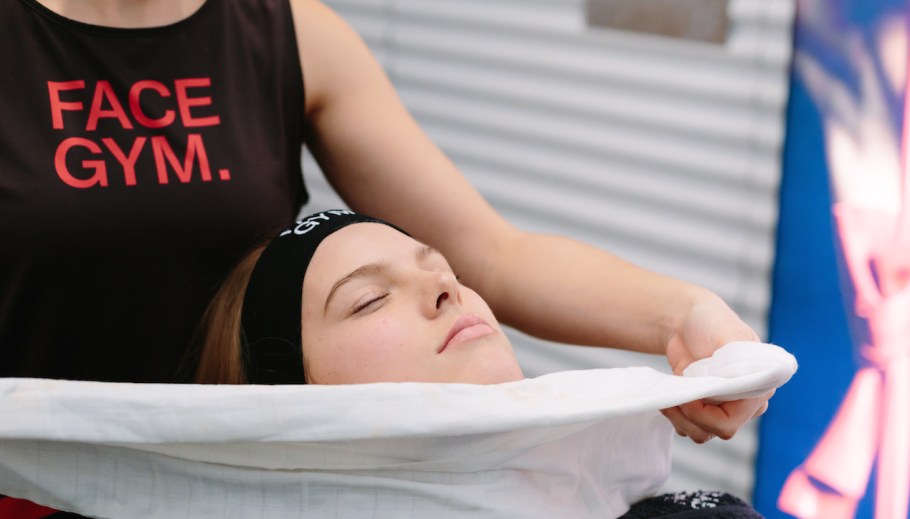 FaceGym takes a page from Peloton as it plans US expansion

London-based FaceGym, known for its non-invasive facial “workout” massages, is gearing up for a rapid expansion in the U.S.

After first landing in Saks Fifth Avenue’s revamped New York flagship in June 2018, FaceGym is soft-launching a standalone location in New York on Jan. 11, followed by a Los Angeles location in April. It is also launching four products in March and debuting an app in 2020.

“I want us to be the Peloton of beauty,” said founder Inge Theron, who founded the U.K. company in 2016. (It now has six studios in London.) To do that, the brand is employing a top-down approach in the U.S. by seeding the expansion news through digital and print media outlets and working with unpaid influencers, and then starting a small event series and partnering with brands to keep up momentum.

FaceGym’s revenue target for 2019 is between $12 million and $14 million, said Theron. The company has grown from 25 to 80 people in two years and will reach 100 employees by the end of the year. FaceGym has been notable for leveraging the novelty of being “a gym for your face,” although fellow facial spa Face Love Fitness has been in business in New York since 2015, and strategically sculpting the face can be achieved through facial rollers and anti-aging tools like NuFace and Ziip.

Instead of marketing itself as an indulgent, spa-like service, FaceGym is focused on building an “excitable community,” Theron said. She added that the company doesn’t rely on paid influencers or celebrity spokespeople to generate momentum artificially. “We are very indulgent with our customer acquisition strategy,” she said. “We want to be cool and have [the New York studio] express exactly how we want customers to dwell within our space. We want them to feel like they’re going to the gym.”

The brand’s Kings’ Cross location in London recently partnered with workout-apparel brand Sweaty Betty for a yoga class and facial. The studios operate independently in planning events, and there is usually one a month per studio, Theron said. The NYC location has yet to host an event, but it has partnered with hair-care brand Orbé to offer hair products to customers needing touch-ups after their workout.

As the brand continues to expand its locations, it will also implement guerilla-style marketing (like flash mobs) in the second quarter of 2019 after it launches additional facial products in March — a group of Training Sticks, which are serums that are activated only when someone works out. (FaceGym currently offers a derma roller, a workout ball and four serums under its own brand on its website.) The new products will be sold both online and in studios. In April, prior to the opening of its Los Angeles location at the One Hotel, the company will pre-launch with on-demand facial workouts to micro-influencers and stylists in the area. Over the past year, FaceGym has offered five influencers (like Nam Vo with 179,000 followers and Amanda Kloots with 48,000 followers) 15 percent discount codes for services, to provide to their followers. They have also partnered with businesses such as The Wing, The Skimm, O.B.E. and Wilhelmina to offer custom codes for staff and members.

As the company grows in brick-and-mortar studio locations, the plan is to boost its digital presence through e-commerce and an app that will allow it to reach more international customers. The app itself will offer Peloton-style live workouts, a new offering for the company. Currently, e-commerce accounts for 35 percent of business sales, but the goal is to bring that closer to 50 percent after the launch of the 2019 products.

“We are highly aware that we have to break out of the [physical studios] if we want to be a global and massive player quickly,” Theron said. “We need to expand outside of brick-and-mortar through product and allow customers who are regulars at studios to take FaceGym home with them. And we need to reach those who aren’t able to come to a nearby FaceGym to engage with us and our tools.”