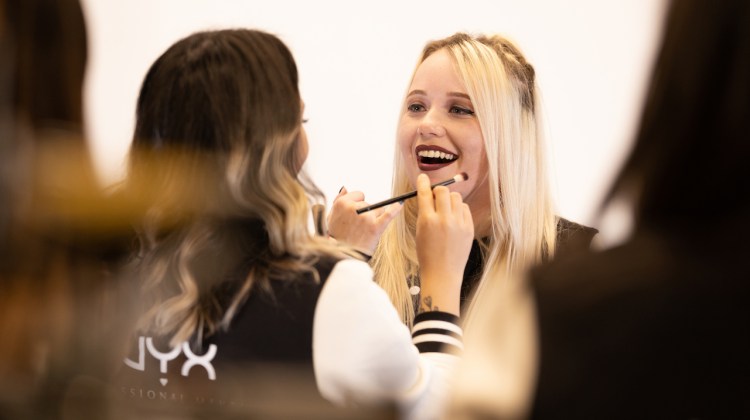 The Twitch channel for women’s esports festival Girlgamer typically broadcasts livestreams of its all-female competitions for games like League of Legends, Valorant, or Counter-Strike: Global Offensive. But on August 16, it will have something new: a Charlotte Tilbury beauty tutorial.

The brand is joining a growing contingent of beauty brands becoming active with esports and Twitch as gaming use skyrocketed during the pandemic. In 2021, 45% of gamers identify as female. Charlotte Tilbury announced its new partnership with the Girlgamer Esports Festival last week, while in June, NYX Professional Makeup became the official beauty partner of esports organization Dignitas. This followed E.l.f. Cosmetics’ launch of its own Twitch channel in May. As women’s interest in gaming has received more attention, beauty brands, in particular, are increasingly recognizing gaming as a valuable marketing channel.

“Nowadays, beauty brands are starting to understand that they need to be in the gaming space because that is where their consumers are,” said Andreia Neto, partnerships manager of Girlgamer Esports Festival.

For the first of several digital activations, Charlotte Tilbury Beauty will be hosting a beauty masterclass with professional makeup artists Kirstie Murphy and Natalie Vella on the Girlgamer Twitch channel. To attract viewers, the event will include a giveaway of a makeup gift set worth over $1,100 [£800] featuring Charlotte Tilbury bestsellers such as its Pillow Talk lip and eye products. Users can receive more entries to the giveaway if they then follow the brand and Girlgamer on social media and retweet content.

NYX Cosmetics chose Dignitas as a partner for “championing inclusivity and underrepresented groups,” said Yann Joffredo, NYX global brand president. “This partnership allows us to push the boundaries within entertainment and gaming as we celebrate women gamers within our global communities.”

The already massive popularity of gaming was amplified by the pandemic. According to July 2021 data from the Entertainment Software Association, 227 million people in America play video games. A total of 55% of gamers upped their time playing during the pandemic. That usage remained strong even as lockdowns lifted this year: 77% of gamers play at least weekly in 2021, up from 65% in 2020, and 90% said they would keep playing when social distancing ended.

Female gamers have long faced discrimination in gaming. “As a gaming veteran, I’ve always known that I and countless other women that aspire to win gaming world championships belong here, despite often being told we have no place in gaming,” said Garrido in a statement, adding that sponsorship from a major brand like NYX Cosmetics contributes to breaking barriers in esports.

Other megabrands have also seen the esports opportunity. Girlgamer was previously sponsored by Benefit Cosmetics and Sephora in 2019 and 2018, respectively, and MAC Cosmetics and Maybelline sponsored TwitchCon in 2019.

Beyond sponsorships of teams and tournaments, Twitch is growing as a marketing channel for beauty brands. Before E.l.f. launched its own Twitch channel this year, Hero Cosmetics did a promo with Twitch streamer Seum in 2020, while beauty influencer Michelle Phan has promoted her brand Em Cosmetics on the platform.

But diving into a new niche community has its pitfalls. According to Neto, “most brands still fail to understand the community and how to communicate with a diverse gaming audience honestly and authentically.” In May, E.l.f. Cosmetics issued an apology on Twitter after it was criticized for not featuring Black creators in its first Twitch stream.

While beauty brands may be new to Twitch, many Twitch streamers are already avid beauty fans. According to Neto, “Beauty content has already been part of Twitch, but beauty brands only now have started to understand and embrace it,” noting the enthusiasm that cosplay influencers have for beauty and that the idea of “nerdish” gamers is a stereotype.

As gaming stars have attracted a wider range of brand sponsorships in recent years, more female gamers are receiving brand sponsorships too, said Neto. “A lot of work is still needed for more women to have the recognition that they deserve and for the gaming space to be a safe and empowering space for them,” she said.