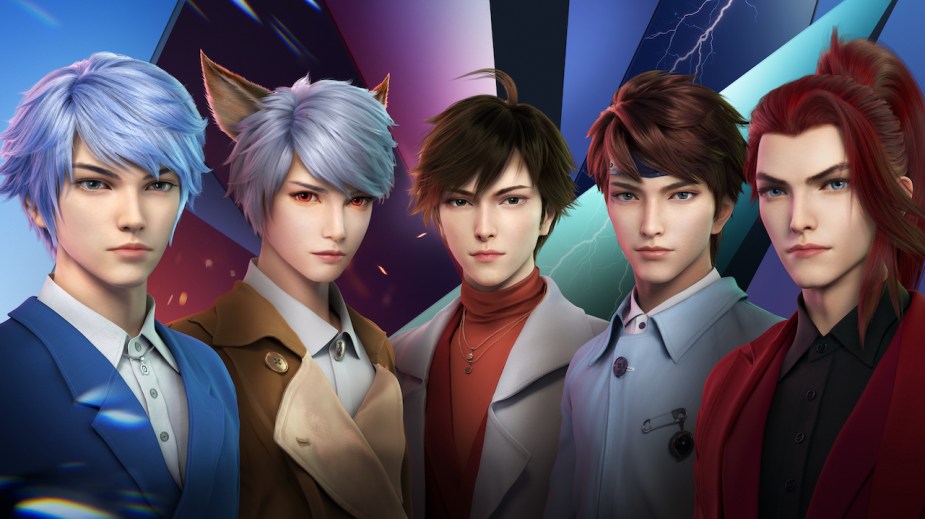 Once considered an opportunity to reach mainly male consumers, the world of esports and gaming is now attracting a growing pool of beauty brands and their female shoppers.

Last week, MAC Cosmetics launched in China its second collaboration with the popular Tencent mobile game Honor of Kings, revealing a collection of 11 products corresponding to the game’s characters. The collaboration is inspired by five male heroes, named Bai, Shouyue, Yun, Xin and Liang, which are also members of the virtual boy band WXWZ.

MAC’s ongoing interest in mobile games is more timely than ever: Gaming and esports usage has surged with consumers stuck indoors. Verizon reports that gaming usage is up 75% in the U.S., as a result of the quarantine. In China, mobile game downloads increased by 62% on Apple’s App Store in February, when the country was in its coronavirus quarantine period.

In January 2019, MAC’s first Honor of Kings collaboration sold out within 24 hours in China, and the first batch of the new 2020 collaboration products did the same. The brand will be replenishing its stock, estimating that the collection will be completely sold out by the end of the month. This time, MAC is taking the collaboration global; it has already launched in Japan, Singapore, Taiwan, Hong Kong, Italy, France and the U.K., and it will be sold in the U.S. starting on May 21.

Diederik Koenders, MAC Cosmetics vp of integrated communications and content, said that the “tremendous response” to the first collaboration with Honor of Kings inspired the latest version. The previous campaign was so popular that it drove 14,000 pre-orders. Like last year’s collaboration, the 2020 edition is being promoted across Chinese social channels including Weibo, WeChat, RED, livestreaming platforms and Douyin (the Chinese version of TikTok), by both beauty and gaming influencers on these platforms. Honor of Kings has an estimated 200 million monthly active users and is currently the top-grossing app in China, according to App Annie.

The MAC Cosmetics campaign is geared toward “the young generation” in China, said Ye Chen, a research analyst at Chemlinked. She said the game is “popular [among users] ages 20-30.” It is also making the products that are popular with a die-hard niche group of Chinese gaming fans.

“Many players like to do cosplay, and they are using the MAC makeup for the cosplay,” she noted.

The increased use of gaming during the Covid-19 shutdown has accelerated its rising status as a marketing channel, with innovations such as a Travis Scott’s April 23 “concert” in the popular game Fortnite that received over 27 million viewers. Worth $906 million as of 2019, the esports industry has been increasingly recognized as a lucrative marketing opportunity across consumer brands, especially by sports companies like Nike. According to a 2019 Global Web Index survey, 59% of esports fans said they tend to buy products they see advertised in conjunction with esports.

“Because of the social distancing, people are consuming a lot of digital content,” said Fernando Pereira, the president of Girlgamer festival organizer Grow Up. “Esports is thriving. Brands such as BMW and other consumer brands are investing into this space now.”

MAC Cosmetics has been one of the most active beauty brands in the gaming space, also sponsoring TwitchCon in September 2019 and gifting products to Twitch influencers. Brands under the LVMH umbrella have also been especially active, including Louis Vuitton, Sephora and Benefit. Sephora was the first beauty brand to sponsor the Girlgamer festival, in 2018. Benefit Cosmetics, meanwhile, is “definitely a brand that is very forward-thinking and expecting to develop different initiatives around gaming,” said Pereira, as it sponsored Girlgamer in June 2019, and launched its own “Game Face” video series with female gaming stars in January 2020.

“What happens nowadays is all these big esports tournaments normally have 1% or [fewer] women competing,” said Pereira. He noted that, despite this, 40% of all gamers are women, based on data from NewZoo. “It makes a lot of sense that brands are starting to understand that this space is very important and the best way to communicate right now,” he said.