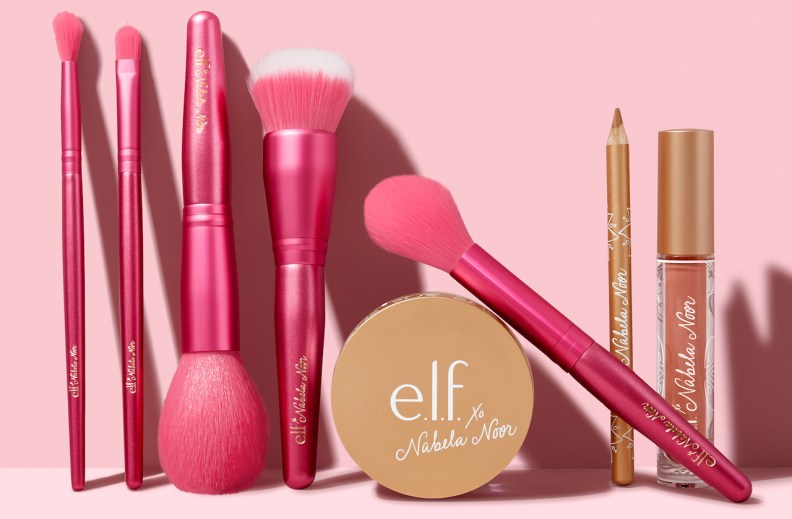 After creating one of the most viral brand campaigns in TikTok history last year, E.l.f is doubling down on its music-driven strategy.

On May 5, the brand released its second original TikTok song, “Vanishing Act,” inviting users to participate in its #elfvanishingact hashtag challenge to promote the brand’s Poreless Putty Primer, which is its top-selling product.  E.l.f. is hoping to replicate the success of its #eyeslipsface campaign launched in October 2019: It received over 5 billion views, plus 3 million TikTok videos were made featuring the corresponding song of the same name. The campaign gained traction when celebrities Lizzo, Ellen and Reese Witherspoon joined the challenge without being paid to do so. Even beauty brand competitors joined in, with Jessica Alba participating in the hashtag to promote her own brand Honest Beauty. The song’s viral success was due in part to its professional quality, as it was created by Grammy Award-winning producer iLL Wayno and rising artist Holla FyeSixWun, in partnership with Republic Records. In March, E.l.f. worked with the record label to create a remix of the song encouraging hygiene practices during the Covid-19 pandemic. “Vanishing Act,” meanwhile, was made in partnership with the Brooklyn creative agency Movers + Shakers, which had previously worked on the brand’s “Eyes, Lips, Face” song, and artist M. Maggie, who also created the song for NYX’s viral #butterglosspop TikTok challenge.

“The song became this global viral sensation by itself,” said E.l.f. CMO Kory Marchisotto. “This really became a movement that took us off the TikTok platform and became way bigger than that; it started to achieve top-five rankings on Spotify playlists across the globe.”

Creating its own songs helps E.l.f. avoid music copyright issues that other brands have found themselves in on the platform. TikTok recently announced that brands are only allowed to access royalty-free music on the app and must acquire a commercial-use license for other songs.

For its part, E.l.f.’s foray into TikTok last year came when the brand saw that the hashtag #elfcosmetics was taking off organically on the app, without the brand’s participation. Marketing on the platform quickly became part of E.l.f.’s overall rebranding strategy launched mid-2019 that included a redesign of the brand’s packaging and social media campaigns.

“There were over 3.5 million views of the hashtag before we even started with a paid media campaign,” said Marchisotto. “All of these signals were telling us that we should really lean into this platform.”

The #elfvanishingact campaign has not been boosted by paid advertising like #eyeslipsface had been, and it currently has 15.2 million views on the platform. That is mainly because demand from brands is so high right now that sponsored hashtag campaign slots are hard to come by, said Marchisotto.

“The reach and numbers will be incomparable to [those of] paid challenges,” said Dmitry Lebedev, the founder of TikTok research firm Inspary. “For now, I’ve seen nothing that can compare in numbers to the paid challenges. TikTok says that anyone can be viral, but at the same time, their algorithm is mysterious. TikTok, same as Instagram and others, pushes to use a pay-to-play strategy. We should expect more advertising solutions from TikTok in the near feature, as well as updates on their Ads and Creator Marketplace platforms.”

Marchisotto said that viral TikTok campaigns today are like “sending out the bat signal” to put “billions of eyeballs on your brand, among people who would not have known about your brand before.”

“When we had gone out with our hashtag challenge, it was easier to gain a spot and then to put irons on the fire,” she said. “The TikTok platform has exploded in engagement, obviously even more so in the time of Covid-19.” She said that these days, it is much more difficult for brands to secure a paid hashtag challenge slot due to high demand from brands.

Still, she said, E.l.f has seen a “direct translation between what people are seeing and a direct purchase.”

“What we’ve seen since that moment is a lot of our products have gone viral,” including the brand’s lip exfoliator, gentle peeling exfoliator and bite-sized eyeshadows, she said. “We tracked them before they went viral on the campaign, and since they went viral on the campaign, we have seen anywhere between two- to six- and sometimes eight-times more sales.”

The brand had previously announced a net sales increase of 3% for the third quarter of its fiscal year in 2019, citing digital initiatives for Gen-Z and millennial consumers. But like many color cosmetics brands, it has been hit by the Covid-19 shutdowns.

“We are seeing a change in consumer behavior due to the Covid-19 pandemic and anticipate that our sales and Nielsen-tracked channel results, while better than the category, will be significantly depressed during this time,” said the company’s chairman and CEO Tarang Amin in a March 30 business update.