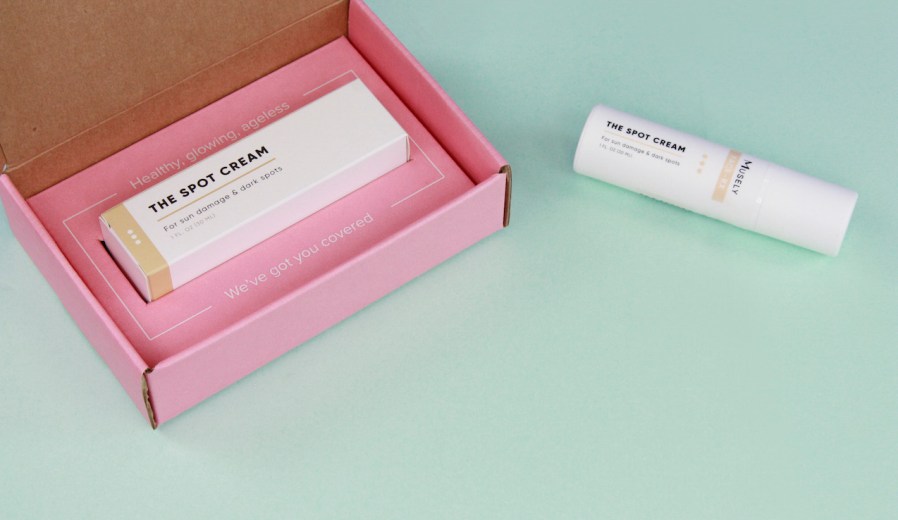 Previously known as Trusper, 4-year-old Musely mimics a Reddit for beauty tips. In 2017, it launched an e-commerce component and an app; it now sees 30 million visitors a month. Its new beauty line, Face Rx, is focused on anti-aging concerns and features ingredients such as hydroquinone and tretinoin. Hydroquinone is offered as a spot product for $60, and tretinoin is offered as a night cream, sold in a set with an SPF day cream and a cleanser product for $82. Musely’s readers are 98% women who range from their early 20s to mid-50s.

Though Face Rx joins other nascent telemedicine beauty brands, like Curology, Hims, Hers and Skin Laundry’s brand SLRx, Musely views its offering as having an advantage due to its built-in reach, said Dr. Marie Jhin, Musely chief medical officer.

“There are already 30 million readers on the Musely site, so there is that base that Hims and Hers didn’t start with,” she said. “There are a plethora of products out there, but now [people are focused on] results-driven products and the cost and ease of them.”

Face Rx began running a pilot program in early 2019, and while it declined to say how many patients it has currently, the company expects to double its patients and revenue monthly over the next 12 months.

Visitors to Musely.com will find the homepage is dedicated to Face Rx, which includes details on its products as well as how Face Rx works. Patients fill out a questionnaire detailing their skin concerns and medical history, followed by a standard checkout process for the products they selected. After the checkout, a dermatologist reviews the questionnaire to create a prescription formula. Through Musely’s app, patients can access a feature called eNurse that will allow them to track their skin’s progress, set reminders for product usage and receive consultations with a nurse.

As telemedicine laws have gotten more relaxed, the telemedicine industry is projected to reach a market size of $22 billion in the U.S by 2022, according to Statista. The American Medical Association, in a 2018 survey of 3,500 medical professionals, found 15% of physicians across all specialties work in practices using telemedicine for patient interactions.

Most of Musely’s efforts to promote Face Rx are expected to be through word-of-mouth via unpaid postings predominantly on Facebook and Pinterest, said Jack Jia, Musely CEO. The company is also running multiple ads across Instagram, Facebook and Pinterest, but would not disclose its investment. Musely’s page on Facebook has 787,000 “likes,” while its Pinterest page has over 213,000 followers. Its site content sees over 10 million views monthly, according to the company.

Jia said Musely, which runs all parts of its business in-house, developed a variety of copy and imagery in order to target both younger and older consumers. For example, younger customers will be targeted with lifestyle imagery of women playing tennis or with heavy sun exposure, in order to promote hydroquinone. An older woman, on the other hand, might see a woman golfing or walking, in promotions for tretinoin.

“It’s like A/B and C, D, E, F testing,” Jia said. “We’ll narrow down the content to about 10 images, and run all 10 at the same time to see which ones get the most impact. Maybe only three will work.”