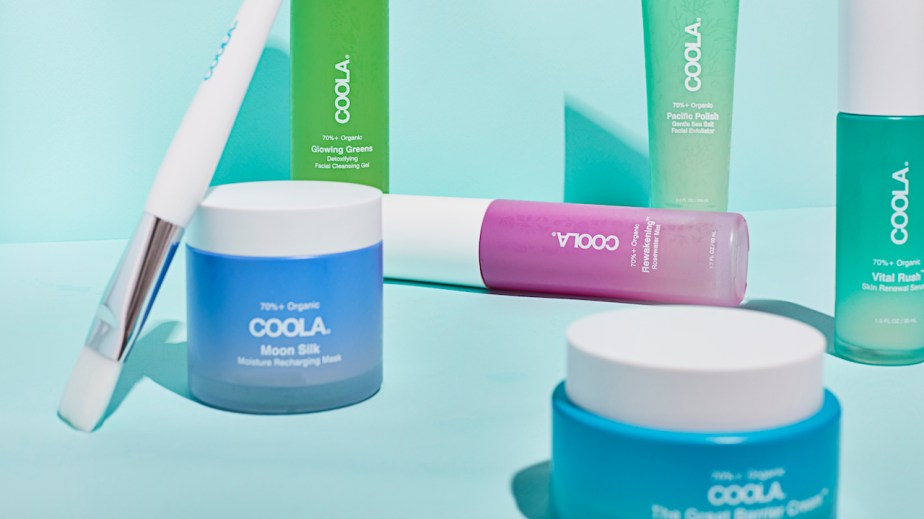 Known for its sunscreen and self-tanner, Coola is expanding its product range to traditional skin care.

Launched on January 12 via the brand’s DTC site, the six-item collection marks the brand’s foray into non-SPF skin products. With a focus on protecting the skin barrier, the line includes a cleanser, moisturizer, exfoliator, serum, mask and face mist, which range from $28-$52.

“We have three different ingredients that have been clinically proven to help mitigate the effect of blue light damage to the skin. They don’t actually block the blue light, but they help repair* the damage that’s done,” said founder and CEO Chris Birchby.

Founded in 2007, Coola had previously branched from its flagship sun-care products into makeup with tinted lip balm, BB cream and setting spray all containing SPF launched between 2017 and 2019. Those products are still sold by the brand. The skin-care line has been in development over the past three years, said Birchby.

“Given the fact that we are on these Zoom calls and in front of our computers all this time, our mission to expand the umbrella of protection into skin care, and specifically the skin barrier, against modern environmental aggressors came at just the right time,” he said.

“We have to expand beyond just a single step in the routine. SPF plays a really critical and important role, but it’s limiting,” said Christina Peng, vice president for innovation at Coola. “We felt every step in your routine could be working a lot harder for you to help protect the skin.”

Blue light protection has been a major point of discussion for sunscreen brands in recent years, and that has swelled during the pandemic. While some brands offer SPF products intended to be worn daily indoors in front of a screen, Coola does not recommend this.

“Basically, there are a lot of people jumping on the train with false claims, just trying to be part of the [blue light] momentum,” said Birchby.

Coola’s sales are split between its DTC site, retail partners such as Sephora, Ulta and Nordstrom, and spa and resort partners.

“We’ve always been a spa brand, and that’s where we built our roots,” said Birchby. The brand shifted its focus more to online sales when the pandemic hit. “We’ve never been a company that’s focused on [online sales] because traditionally sunscreen is often just bought on the go,” he said. “This is where we are later to the game, as far as a direct-to-consumer brand.”

But, Peng said, “We’ve actually been messaging ourselves as a skin-care line for quite some time, now that we go beyond sun protection.”

Still, Birchby emphasized that the brand is focused on SPF.