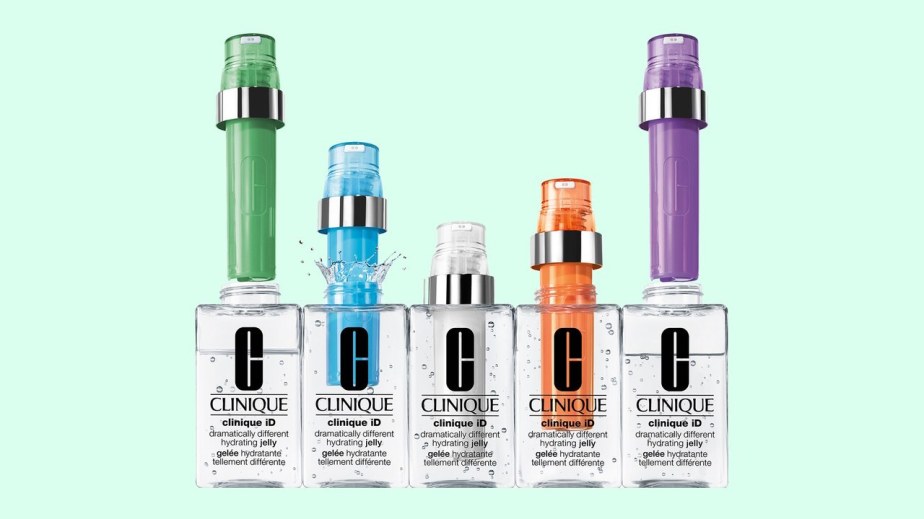 As 50-year-old Clinique tries to find relevance among younger customers, the beauty brand is making a bet on a growing industry trend: customization.

Clinique iD, which launches online on Dec. 1 and in-store on Dec. 26, is a customized moisturizer that is based on specific customer preferences around texture and skin concerns via a quiz. The results are matched to 15 possible moisturizer combinations, composed of three different moisturizer bases (a lotion, gel or jelly texture), and five “concentrations” that treat skin issues like irritation, fine lines and wrinkles. With Clinique iD, the beauty brand is revamping its digital marketing strategy and in-store experience to connect with Gen-Z and millennial customers.

“We are trying to take every element from in-store and digital, and [with] influencers and education and bring it together,” said Janet Pardo, senior vice president of product development at Clinique.

With the new iD launch, Clinique revised its skin quiz that can be taken online or in stores. At sales counters, Clinique has also added stronger imagery, which feature close-up visuals of the textures of its moisturizers.

“Department stores are suffering now, but it is [still] the experience that matters,” said Pardo. “The experience is important at the point of sale.”

Personalization and customization are two words that have emerged as an alternative to one-size-fits-all beauty. There is personalization in makeup with brands like Lancôme creating makeup tailored to an individual’s skin tone. There is also personalization of hair, with brands like Function of Beauty and Prose using artificial intelligence to scale the creation of uniquely formulated hair products for customers. The personalization concept extends beyond beauty, too, with Nike, Converse and Adidas all allowing people the option of designing their own shoes.

Clinique plans to promote iD through a push with 50 influencers, to help showcase the supposed benefits of each if the five concentrations. The global campaign, called “#FindMyiD” features U.S. influencers like Alyssa Forever (@foreverflawlyss, 618,000 followers) and Deepica Mutyala (@deepica, 188,000 followers) traveling to locations including Morocco, Spain, and Bali and talking about their personalized concentrations.

These kinds of digital activations have supplanted other more dated initiatives, such as on-campus beauty counters at university bookstores, which Clinique ran for 25 years. This is something the brand is no longer promoting or expanding at this time, although it has not officially canceled the program. Instead, the brand has switched to a more “relevant” direction to reach Gen Z, like its partnership with women’s lifestyle website Refinery 29 and its 29Rooms pop-up in Chicago in August, said an Estée Lauder Companies spokeswoman.

Clinique has historically been popular with younger consumers (compared to older sister brand Estée Lauder, which launched in 1946). According to the Estée Lauder Companies’ latest earnings call in October, the brand has been “disproportionately affected” by the closure of retail partners in North America and Canada, such as Macy’s closure of 100 stores. Other retail partners include Century 21, Sephora and Saks Fifth Avenue. Clinique declined to specify how much of its sales are online versus in-store.

Fabrizio Freda, Estée Lauder Companies’ CEO, said, “Clinique has been the most impacted, not necessarily by the consumer not liking the brand, but really from the dislocation of the distribution reality around the world.”