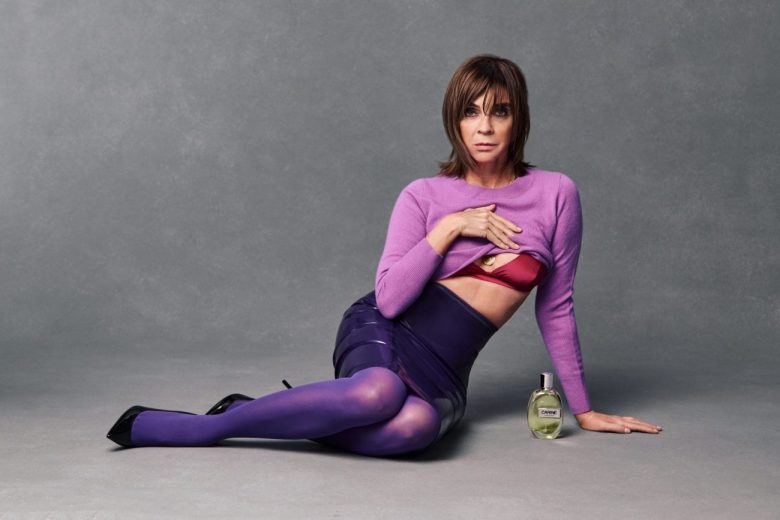 When Carine Roitfeld left Vogue Paris in 2011, the obvious thing for her to do would be to launch a fashion brand or go work at a fashion house — and that’s exactly why she didn’t.

“I learned from Karl Lagerfeld that when you’re doing something, you always have to surprise people,” Roitfeld said, casually dropping pearls of wisdom from the late fashion legend. “So, I went into perfume. I thought it was quite similar to fashion, but it’s not. It’s totally another world and another industry, and it was a very tough space to understand and to make relationships, but now it’s done and I’ve learned,” she said with a laugh.

Roitfeld first launched her perfume brand in 2019, with a collection of seven genderless perfumes named for and inspired by seven “lovers.” The collection is sold on Net-a-Porter and retails for $285 per bottle. “What I learned when I was working at Vogue is that it’s always easier to tell a story than to talk about a scent. It’s very difficult to talk about scent, but people like stories and they remember stories.”

The new scent — the first to launch since the initial seven — is self-titled: “Carine” the perfume. It launched at Kith Paris and Harrods, and is also available on the brand’s website. It is decidedly more feminine than others in the collection. Launching a perfume with her own name attached, Roitfeld said, is a far more vulnerable pursuit — and this is coming from a woman who launched her brand posing nude for posters. “When you talk about your perfume, you talk to the nose. You have to tell everything about yourself, and you cannot lie. You really have to tell the truth.”

“Carine” the scent came together organically, Roitfeld said. Unlike other fragrances she has created, it did not take a million iterations. It was created with the highly esteemed perfumer Dominique Ropion, who she met when she introduced herself to him at a fragrance awards event). She started with patchouli, a note that is of personal significance. “When I was 18 and I did not have a lot of money, I would go to an Indian store where you can buy incense and scarves, and I would buy a lot of patchouli. Incense for my bedroom and perfume.”

In addition to patchouli, it features florals and particularly white florals — a favorite of Roitfeld’s. The middle notes include jasmine, gardenia and rose.

For the corresponding marketing imagery, Roitfeld also aimed for a surprise. Ppeople may be expecting to see me in black, with black eyes, my hair in my face, wearing a black skirt. But it’s going to be totally different. In the first picture coming out, I’m wearing only mauve, a color no one has seen me in before. Plus, some colorful lingerie,” Roitfeld said.