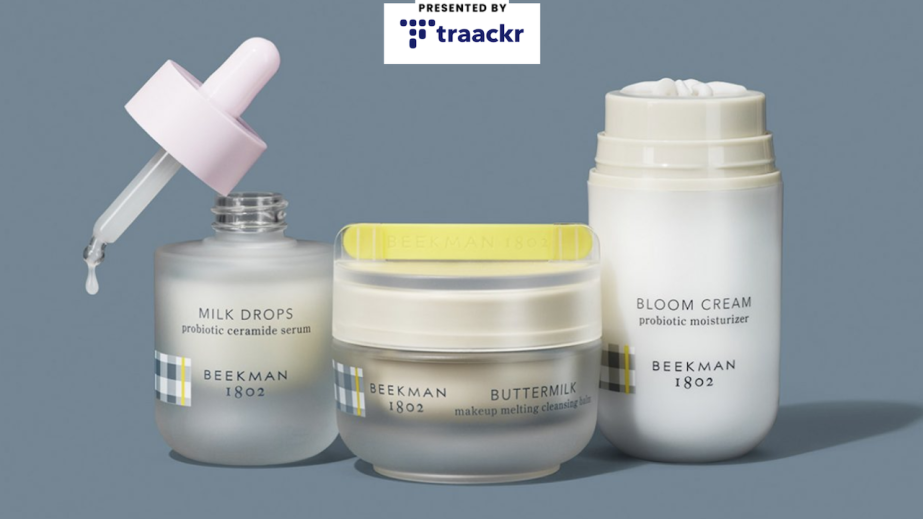 On July 16, 12-year-old Beekman 1802 signed its first brand ambassador. But instead of a Hollywood celebrity face, the clean and goat milk-focused beauty brand opted to work with TikTok star Kat Stickler.

Beekman 1802, which previously set a goal of $100 million in sales by 2021, could have opted for a traditional ambassador figure in its efforts to gain larger brand awareness across both digital and physical retail. After all, Beekman 1802 is sold through largely traditional points of sale like QVC, HSN and Ulta Beauty, as well as its DTC e-site. The brand’s founders, Brent Ridge and Josh Kilmer-Purcell, were allowed to act as micro-celebrities and brand ambassadors in their own right, thanks to their regular appearance on TV shopping networks. After the brand’s Ulta launch in July 2020 where it was exposed to a younger set of customers, the brand needed to build a TikTok presence in Dec. 2020 to reach them directly. It is currently just shy of 80,000 TikTok followers. After gifting Stickler the brand’s hero product Bloom Cream, she posted about it on June 26. Product sales increased by 300% over the following 48-hour period, attesting to her power as a bonafide influencer among that customer cohort.

Still, Stickler — who has over 7 million TikTok followers and over 630,000 Instagram followers — is not a traditional beauty influencer. She rose to prominence on TikTok through a series of pranks hat she and her then-husband would perform on one another. They announced their separation in a video in March, and Stickler retained the use of the TikTok account. She is also known for her zany energy, sponsored posts with brands and retailers like Shein and Target, impersonations of her Hispanic mother, and interspersed emotional moments like when she reached 6 million followers in May and while going through her divorce proceedings.

“We have a solid Instagram following, but we wanted to build [a relationship] with a younger millennial and Gen-Z audience to talk about our new skin-care range,” said Brad Farrell, Beekman 1802 CMO. “With TikTok, you have to compete with big heritage brands that are spending so much money… We didn’t want to work with the same beauty people that everyone else is already working with.”

The partnership, which lasts until the end of 2021 and is concentrated around Beekman 1802’s Clinically Kind skin-care products. It’s set to include a series of product giveaways, sponsored content posts and videos across Stickler’s social media accounts. In addition, two contest winners (and their plus-ones) will also get a meet-and-greet with Stickler at Beekman 1802’s headquarters in Sharon Springs, New York in August.

Farrell said that Beekman 1802 maintains an “influencer rubric” for when it is assessing potential influencer partnerships, which includes classic metrics such as follower size, engagement and audience demo. It also ensures that influencer partners represent the brand’s values, which include kindness. Beekman 1802 established a Kindness Council in the first half of 2021, with five activists and medical professionals to promote kindness and a $100,000 fund to distribute to charities and small grants. Farrell said Stickler may join the council in the future, dependent on if the partnership continues into 2022.

“People don’t understand the impact that mean words, statements and actions have on people on TikTok, even if you can’t see it,” said Stickler. As part of the Beekman 1802 partnership, she said she plans to produce content that is a twist on her historical prank videos, in which she will conduct a random act of kindness for someone and record their immediate reaction to it.