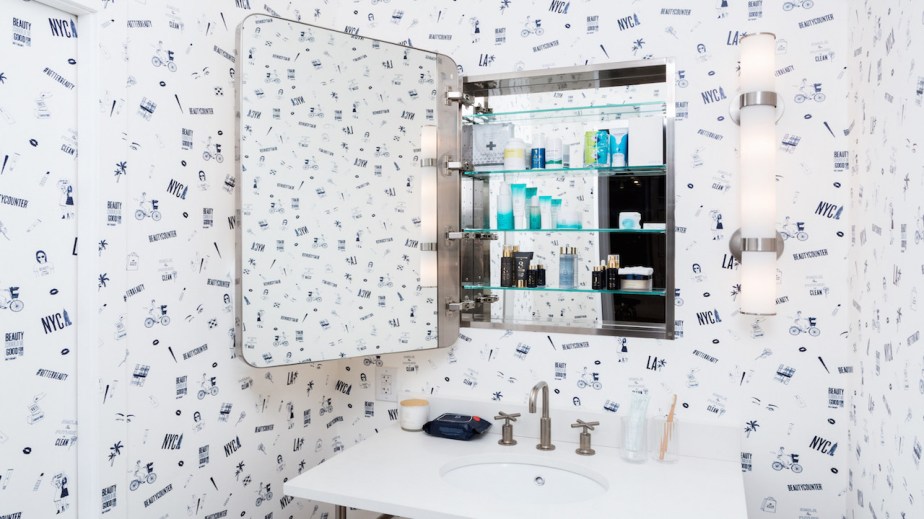 As Beautycounter expands its definition of clean beauty, the brand debuted a new set of manufacturing standards called Blueprint for Clean on Thursday.

Blueprint for Clean includes 12 focus areas for transparency, including requiring manufacturing partners to be cruelty-free through Leaping Bunny certification and increasing its forbidden-ingredient list from 1,500 to 1,800 ingredients. But Beautycounter’s larger goal with its new guidelines is to tackle supply chain transparency around the brand’s sourcing of mica, a natural material used in glitter within beauty products. Mica has a fraught history in that its production has reportedly relied on child labor.

Beautycounter has been selling makeup since 2014 and has audited in-person 77% of its manufacturers in India, Japan, Brazil and the U.S. over the last two years. It will complete its auditing by the end of 2020, said Lindsay Dahl, Beautycounter svp of social mission. These brand initiatives are nestled within the brand’s historical social activism and legislative efforts and have become focal points of the brand’s clean mission.

“There are a lot of brands out there with their own no-no ingredient list, and our hope and goal is that all beauty [becomes] clean beauty. With that said, safety does not start and stop with just banning ingredients,” said Dahl.

In 2018, the company saw over $325 million in sales, and in 2019, it increased its ad and media spend by 25%, according to previous Glossy reporting. Beautycounter declined to provide updated financial information. Beautycounter operates under a multi-level marketing structure and currently has over 50,000 consultants but products can also be purchased directly through its store and e-commerce. Although it is not known if Beautycounter is profitable, it is one of the larger clean beauty brands in terms of sales. For example, Tata Harper was founded in 2010 and reportedly earned $65 million in 2017, The Honest Company (once valued at over $1 billion) earned approximately $300 million in 2017, and Beekman 1802 expects to earn $100 million in sales by end of 2020.

Coinciding with Beautycounter’s announcement is a 12-minute documentary on its website Beautycounter.com about mica mining. It provides a call to action for viewers to share the video, to purchase from brands that do not exploit child labor and to ask government leaders to act. Dahl said Beautycounter plans to share with other brands its Blueprint for Clean that includes guidelines for what to ask manufacturers and also an updated supplier scorecard. Scorecards consist of ranking a manufacturer’s on-time delivery, quality assurance and more, and Beautycounter has added product performance, safety, sustainability and labor practices.

Dahl added the brand is in discussions with people from the technology and auto industries — which also rely on mica — to share information about how to establish supply chain transparency. Beautycounter is also considering the potential to share its preferred supplier list when it completes its auditing, which is traditionally considered a trade secret.

“The toolkit is an example of how we are trying to share best practices with other beauty companies and industries that rely on mica,” said Dahl. “Beautycounter alone isn’t going to solve labor and sourcing issues. It’s about progress, not perfection.”

Blueprint for Clean is not the first time that Beautycounter has made extensive efforts to maintain its positioning as a category leader in activism or clean beauty. In September, the brand launched an online and out-of-doors campaign called “Looking Good Is Only Half The Picture” meant to show that Beautycounter represents values and not just products. In the last 12 months, Beautycounter generated the most substantial amount of earned media value between March and May 2019, according to Tribe Dynamics. That’s likely because of grassroots efforts like its annual March Forth campaign in March, supporting legislative action.

Gregg Renfrew, Beautycounter CEO, said she believes March Forth and similar campaigns do raise brand awareness. She added that Beautycounter’s marketing focuses less on the brand itself and more on creating a library of assets, messages and campaigns about advocacy and brand values to disseminate to its network of consultants. An average of 336 people post about the brand each month on social channels using the hashtag #betterbeauty.

“From our standpoint, even though there are months where the EMV is lower with regard to the specific hashtag [#betterbeauty], this seems to be a part of the brand’s identity consistently over time,” said Conor Begley, Tribe Dynamics co-founder and president. “As long as a brand is authentic and consistent with its messaging around social activism and there is a genuine connection between what they say and what they do, this goes into building brand awareness.”