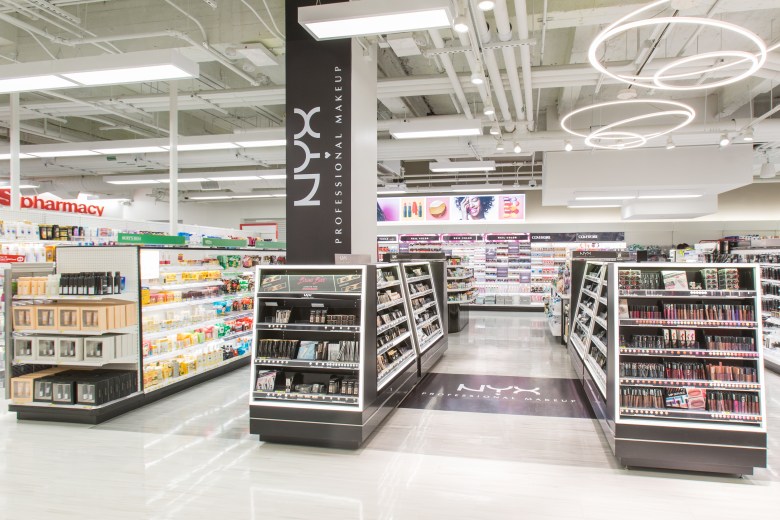 This week, I take a look at the changes and challenges of the mass beauty category.

As luxury beauty negotiates what “luxury” means in today’s environment, mass beauty is also going through a transformation.

Nielsen reported that, although there had been an uptick for mass beauty brands as of late, for the week ending August 14, the category saw a deceleration of 60 basis points to about 11% in sales. While the overall sales for the mass category in 2021 are comparable to 2019, total mass beauty sales are only up 1% for the first half of the year. Color cosmetics, the largest segment of beauty, is down 6%. The impact of the Delta variant is certainly at play, but there are other factors.

As shopping channels for all of beauty continue to be disrupted (Think: Target and Ulta Beauty or Kohl’s and Sephora), heritage brands are feeling the pressure. In the last four weeks, the dollar trend slowed for legacy players like Revlon, Covergirl, Rimmel, Almay and Clairol at mass, grocery and drug stores, according to Nielsen. Meanwhile, e-commerce and specialty stores like Ulta Beauty continue to win the beauty shopper.

“What we’re observing is the separation of the domain from the category,” said Stephanie Wissink, equity analyst at Jefferies. “We used to have domains that mirrored: Mass was sold in mass, masstige was sold in specialty and premium was sold in department stores. That was the hierarchy, and the retail industry mirrored the hierarchy that beauty brands created. Now what you’re seeing is that both sides have mashed up. Major multi-brand companies span mass, premium and luxury, and now, retailers are saying, ‘We can play in a wider price range, too.'”

So not only do the Covergirls and Revlons of the world need to compete with indies dominating social feeds and specialty retail, but they also need to contend with losing share in mass doors.

While Target had historically been the retailer courting the buzzy brands, Walmart has recently come to play in a major way. Since the start of the summer, Walmart has added Sharon Chuter’s Gen-Z brand Uoma by Sharon C., teen acne startup Bubble, P&G’s hair-care startup Nou, and Ciaté founder and CEO Charlotte Knight’s new brands Lottie London and Skin Proud. By leaning on digital disrupters and incubation, Walmart is going after Gen Z, much like Ulta Beauty had done previously. And that’s primarily been the point since Musab Balbale, merchandising vp of omnichannel beauty at Walmart, took the reins of the department last year.

“Musab and his team have moved at lightning speed with their beauty strategy, and they’re really forging a path to put Walmart beauty on the map as a place of discovery and delight,  bringing that Gen-Z consumer into their beauty aisle,” said Knight of the decision to partner with the retailer on Skin Proud and Lottie London. “They have doubled down on their indie brand launches over the last few months, and Walmart gives a brand like us scale.”

But beyond discovery and scale, Knight has particularly seen alignment with Walmart’s values and those of the Gen-Z consumer. “[Walmart’s] commitment to social challenges and environmental issues is incredible, and they are advocates for inclusivity and equality at scale. They don’t shout it out as loudly as they should … These qualities and values are so meaningful to the Gen-Z consumer today.”

Balbale previously told me as much: “The ethos of Gen Z squarely matches Walmart’s ethos. Our ability to drive access, our ability to drive value, our ability to talk to a diverse set of consumers, on all dimensions, is part of what Gen Z is authentically passionate about.” Still, as of April 2021, Ulta Beauty ranked as the No. 1 destination for the Gen-Z shopper for the fifth year in a row, followed by Sephora, according to Piper Sandler.

Though Target is known for its merchandising prowess in beauty, Walmart has the scale. “People were too quick to write off Walmart,” said Wissink. “What we hear from premium brands, as it relates to Walmart, is: ‘We’re not going to sell at Walmart, but we’re going to sell to Walmart [through its marketplace or website]. Walmart is building a $100 billion e-commerce platform, and it makes sense to be present. So maybe that means premium brands don’t need to have a merchandise assortment in Walmart stores, but they recognize they need to have access.”

Nik Modi, RBC capital markets analyst, said the changes that are happening in mass beauty retail now have occurred in multiple other parts of big retail. “When you think about the craft beer movement or energy drinks disrupting big beverage, or specialty food disrupting big food, it’s the same story. It’s just happening in beauty now,” he said. “We were defining things too narrowly before, and the notion of trading up is happening across the board.”

But even Target knew it needed more gravitas to court a beauty lover, hence its partnership with Ulta Beauty.

“Clinique wasn’t going to go unless Lancôme did, and Lancôme didn’t go into Target until Estée Lauder did. It’s the coexistence of the portfolio that makes it such a powerful business opportunity. Target was the ultimate broker,” said Wissink.

So beyond indies, in mass retail channels, heritage leaders need to compete among seemingly more high-end products, too. The Ordinary’s Ulta Beauty assortment at Target starts at just $5.90. Over at Kohl’s x Sephora, Peace Out Skincare is one of Sephora’s 75 exclusive brands to land at Kohl’s. And while Peace Out Skincare has long held its positioning as a prestige acne solution brand, its 20-count acne healing dots cost less than $1 a patch, with a pack selling for $19.

Interestingly, Coty, which owns Covergirl as well as Rimmel and Max Factor, has been putting much of its attention on prestige and celebrity beauty, the latter of which works to attract news and social impressions. Meanwhile, Coty’s mass beauty brands still remain below 2019 revenue levels.

Modi did say that Covergirl, for instance, has seen an improvement in sales. “They have a new plan in place, and it’s working. Big brands never die, but they do go in and out of relevancy,” he said, adding that Covergirl’s previous value and price proposition didn’t work because consumers wanted to feel aspirational. “Because of Facebook, everyone is trying to keep up with the Joneses, showing off and living their best life. So big brands need to get into the psyche of the consumer.”

But with less focus on these types of mass mega-brands, it’s a wonder if Coty and similar players can capture the attention of shoppers in Target, Walmart and drug stores — retailers that they used to dominate. Huge legacy brands still have money to spend on mass advertisements that smaller brands don’t have — so it’s just a matter of whether these brands keep their focus where they get the most bang for their buck.

“There are so many new entrants to the market, but not a lot of them stick around for too long,” said Modi. “Retailers do need to worry that when a brand is hot, they might have supply issues — that could be a big problem — I expect there to be a big trial curve [with these new brands in mass stores]. The cost of competing for big established brands is higher everywhere.”

Bond-building becomes the next area of focus for hair-care brands.

VCs are taking a different approach to beauty deals.

Bratz Dolls have become one of beauty’s biggest inspirations.