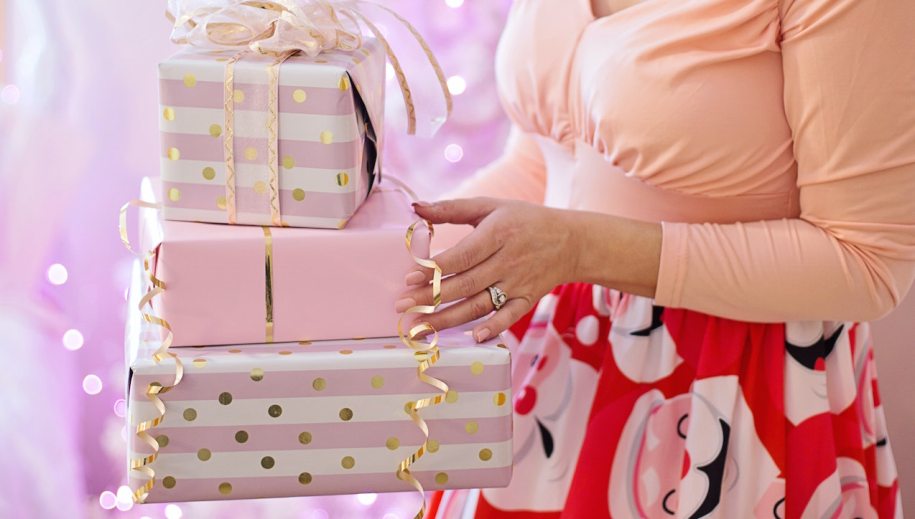 This holiday season is poised to look drastically different from previous years. However, the uncertainty of what that final picture will be has resulted in beauty brands placing their bets on various strategies.

JuE Wong, Olaplex CEO, said that she expects to see positive growth in holiday sales, driven by the hair-care category’s overall strength. Olaplex’s holiday strategy hinges on promoting a self-care narrative, especially the idea that self-care is a ritual or program with many steps.

She added that Olaplex is focusing on its DTC site presently, which accounts for 25% of overall sales. Since mid-September, sales of its single holiday kit, which sells for $60, have doubled on its e-commerce site, compared to the same period last year.

“E-commerce is the only place that consumers feel the most comfortable; brick-and-mortar is this somewhat inconvenient [experience] now,” she said. “In the past, people used to say brick-and-mortar was for in-store experiences, while online was more transactional, but now it has practically flipped.”

Since April, Olaplex has invested in paid search for terms like “hair repair” and “healthy hair,” and its own brand name. This has worked to drive traffic to its site. Until 2020, the 6-year-old brand spent nothing on marketing and advertising, and Wong said she expects Olaplex’s overall year-over-year sales to double in 2020. According to WWD, Olaplex earned $100 million in 2019 sales and is valued at $1 billion.

Fellow hair brand Moroccanoil also expects positive growth this holiday. The season has historically been a big revenue driver for the brand, according to Marina Kirschner, Moroccanoil vp of marketing. A significant portion of the brand’s holiday efforts are focused on promoting the brand’s hair salon partners; Kirschner declined to state what percentage of brand sales come from the professional channel.

The emphasis on professional salons includes providing them with free window holiday displays, business education and other free marketing materials. Moroccanoil is not directly diverting its customer to salons, but is working with salons to give them the necessary tools for the holiday season, said Kirschner. Moroccanoil previously worked with salons to set up their own e-commerce storefronts, so they could still sell their inventory when salons were closed.

The rest of the brand’s holiday strategy relies on providing various exclusives to its e-commerce and retail partners like Sephora and Nordstrom. It will forgo selling any holiday kits on Amazon, as the brand predominately considers the marketplace to be a replenishment channel, she said.

“It’s really about looking at the shopper and what they’re looking for in the different channels, and making sure that we have an offering for each of the channels that makes sense,” said Kirschner.

But not all brands and categories are anticipating a strong holiday season.

According to the National Retail Federation, 21% of consumers want to receive personal care products as a 2020 holiday gift, the same as in 2019. Additionally, the average person plans to spend $650 on holiday gifts, a decline of $59 from 2019 (but $12 higher than 2018). Despite these relatively stable figures, the U.S. unemployment rate still hovers around 7% as of October, according to the Bureau of Labor Statistics. Moreover, cities like New York City and Boston are beginning to reinstate curfews, closures and other tactics to slow the second wave of Covid-19. These same measures are likely to curtail shopping activity.

Jill Scalamandre, BareMinerals president, said she would be “very happy” if 2020 holiday sales are at least on par with 2019. Meanwhile, nail and makeup brand Ciaté also pulled back on its holiday plans, which were still in the works at the onset of the pandemic. It is now only offering an online-exclusive holiday advent calendar, instead of its usual six holiday kits. Charlotte Knight, Ciaté founder, said this was due to the uncertainty around holiday shoppers’ appetites and supply chain bottlenecks. Holidays involving gifting typically account for 35% of the brand’s overall sales, she said. Ciaté is based in the U.K., which is currently under its second lockdown, with non-essential brick-and-mortar stores closed until at least early December. Other international markets, including France, Germany and Italy, are also under second-wave lockdowns.

“When you’re creating gifting sets, margins are always very challenging because you’re trying to give the consumer as much value as possible,” said Knight. “So if you have to mark down those value-driving sets at any point, it becomes really challenging for a brand, and you’re basically going into negative margins.”

Though Ciaté has pared back on its holiday-specific gifts, it is invested in participating in holiday sales. Since April, the brand has had a digital-first strategy and signed up with Awin affiliate program to drive web traffic to Ciate.com. And it has made additional digital advertising investments, such as keyword searches and adding digital experiences like virtual masterclasses. However, Knight said customer acquisition costs have risen by at least 100% since they bottomed out in the second quarter. Overall, Ciaté expects to finish 2020 with 40% year-over-year sales growth via its DTC e-commerce site. Its e-commerce sales growth through retail partners like Sephora and Asos will be 20-250%, even though brick-and-mortar sales will decline.

All sources that Glossy spoke to for this story agreed that a big change this year is the extension of the holiday shopping season, to about 2-4 weeks earlier, due to supply chain and shipping concerns. Kirschner said Amazon’s annual Prime Day sale in early October also helped spur this longer shopping season. In particular, E.l.f. cosmetics launched its holiday collection a month early in September, said Tarang Amin, E.l.f. Beauty CEO.

Though the color cosmetics category has experienced the biggest decline in sales for the beauty industry this year, E.l.f. Cosmetics is an outlier and has experienced tremendous growth. It posted its seventh consecutive quarter of growth in November, with a net sales increase of 7% to 72.4 million year-over-year. As a mass brand, it has benefited from working with retailers that remained open as essential, including Target, and equally focuses on brick-and-mortar and e-commerce.

For the holiday season, E.l.f has a dedicated endcap at 1,800 Target stores. Amin said that, with shipping delays, the brand will begin directing people to Target stores and its website starting around mid-December. E.l.f’s e-commerce site plans to cut off free shipping on Dec. 15, but it will offer two-day air shipments with purchases of $75 or more.

Notably, when the industry began to pull back on digital advertising in the second quarter, E.l.f. increased its advertising, and it’s continuing with this strategy. E.l.f plans to increase its marketing for the second half of its 2021 fiscal year by an additional $5 or $6 million, especially around the launch of Keys Soulcare in December, said Amin.

“[The beauty industry] is so worried about the state of the consumer and their willingness to spend, but one of our best-selling items is our 24-day advent calendar, which retails for $75; we expect it to sell out in the next week,” said Amin.