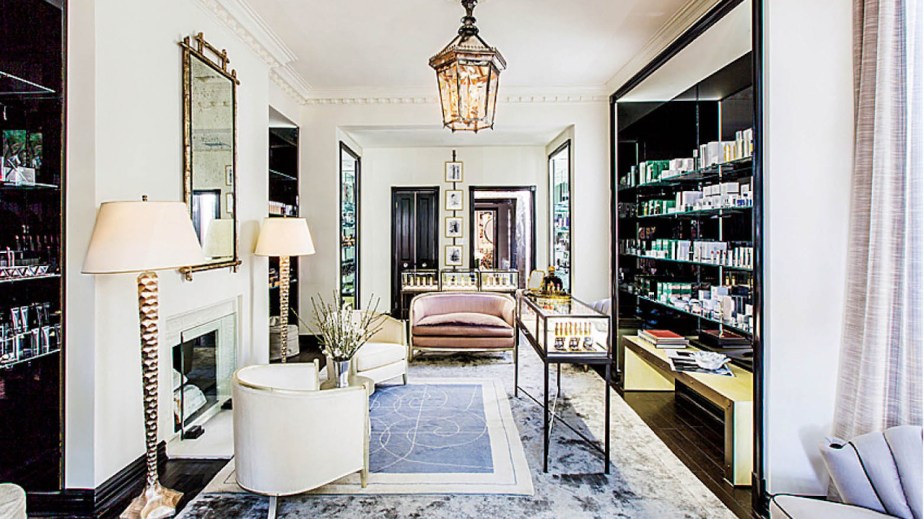 Editorial content via tutorials, Q&As and first-person essays have always had their place in the beauty industry, primarily in print magazines and online publications. But for some retailers, like Violet Grey, Goop and Net-a-Porter, editorial content is the key driver behind their e-commerce businesses.

“At the core, we are a media company and editorial site,” said Erin Cotter, Goop’s svp of beauty. “Our roots are in editorial, and the e-commerce aspect is just an outgrowth of that, but they are connected.” Goop was born out of a newsletter from actress-turned-CEO Gwyneth Paltrow in 2008, but now it has grown into a fully fledged media empire. It now earns $250 million in annual revenue through e-commerce (Goop-branded products brought in an estimated $45 million to $60 million in 2017) and its own wellness summits.

More changes are on the horizon in the editorial and e-commerce space, as well: Violet Grey is currently hiring for a director of media and partnership sales to sell cross-channel content activations, brand collaborations and corporate sponsorships between brands and The Violet Files. Porter is going through its own evolution, too. On Jan. 28, the departure of Porter’s own editor-in-chief, Lucy Yeomans, was announced, and it has been reported that Net-a-Porter has been “rethinking” its approach to content and publishing since last summer, according to Business of Fashion.

Violet Grey, which launched in 2014, is in the process of ramping up its own magazine-style editorial content, which lives on the “Violet Files” section of its site. “I used to look at every word and every picture, but then I wasn’t able to for a couple of years. Now I am back to building out my team and the strategy,” said Cassandra Grey, founder and artistic director of Violet Grey, which sells prestige beauty products from brands like Westman Atelier and Nécessaire.

The biggest focus of the evolving content strategy is implementing a consistent publishing schedule by the second quarter, including creating dedicated content series, or “content franchises,” as Grey describes them. For example, Violet Vanities (similar to Into the Gloss’ “Top Shelf” or Vogue’s “Beauty Secret” videos) features interviews with notable figures and industry insiders and offers glimpses into their bathrooms and the products they use. This type of content helps strengthen Violet Grey’s uniqueness as a retailer, Grey said. Grey declined to specify revenue, but WWD reported the company did about $5 million in annual sales as of March 2018.

As Violet Grey establishes a regular cadence for publishing, the plan is for its curation method to take center stage. Curation is referred to as “The Violet Code,” where products are approved and tested by Hollywood’s leading makeup and hair artists, experts and stars. The retailer plans to use Instagram (where it has almost 340,000 followers) to offer a behind-the-scenes look at its methodology, in addition to the usual video tutorials and product education.

“We are curating beauty products all the time, and there is a whole world of people who are [hungry] for that. It’s about documenting what we are doing,” Grey said.

To that end, the retailer is also planning on bringing its content and curation strategy offline and into more stores. Currently, Violet Grey has one location in West Hollywood, California, and Grey said it recently identified a second location that would offer “fishbowl”-type experiences (similar to open-kitchen concepts at restaurants) where visitors can see the merchandise and editorial team at work.

Despite the heavy emphasis on content for Violet Grey, it does not see itself as a media brand and serves as an interesting foil to both Goop and Porter. Unlike traditional media, tracking website traffic is not a primary focus for The Violet Files; instead, it is interested in attracting “the right kind of traffic,” meaning readers who will convert into paying customers. Initially, there was a “church and state” type of separation between the editorial and merchandising teams at Violet Grey, but over time, the relationships between brands, editorial and celebrities have become more fluid, said Grey.