Beauty gets the house music treatment

House music is having a resurgence, and it’s in sync with current beauty trends.

The genre of upbeat, feel-good music has made its way back on the Billboard charts, with Drake releasing his house music album “Honestly, Nevermind” on June 17, and Beyoncé’s anticipated “Renaissance” album debuting on Friday.

As the music genre evolves, beauty is following suit and matching the new soundtrack of the summer. Replacing soft no-makeup makeup looks are dramatic eyes, bold brows and highly pigmented colors. Beauty brands that have launched in the past year, including Ariana Grande’s R.E.M Beauty and Lady Gaga’s relaunched Haus Labs, have fueled this trend by focusing on opaque, saturated colors — the former with products like metallic gel eyeshadows and the latter with its Hy-Power Pigment Paint. Naturally, their social accounts and marketing campaigns are heavy on bold, highly pigmented makeup. 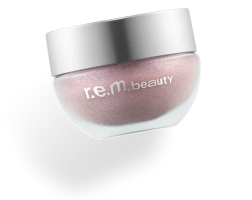 “Any high-energy music that inspires a crowd to dance and, sort of, become one with the beat and the energy of the room goes hand-in-hand with fun makeup,” said Donni Davy, co-founder of beauty brand Half Magic and makeup artist for HBO teen drama “Euphoria.” “Eye-catching makeup becomes yet another sensory experience for people to appreciate.”

For its part, since launching in May, Half Magic has been built on eclectic, fun makeup, with no traditional neutral shades in sight. Its version of eyeshadow, called “Chromaddiction,” is described by the brand as “intensely saturated eye paint and liner for all-over color or graphic designs.” Likewise, when Haus Labs revamped its assortment and joined Sephora in June, it debuted products including a highlighter called “Bio-Radiant” and a lip product called “Hy-Power,” stressing that the products are meant to add a statement to a beauty look.

Davy said the switch to more house-music-aligned makeup is a reaction to the times. “We’re angry at this country yet inspired by the innate power we have,” she said. “We’re feeling especially bold these days and it’s cathartic to express that on our faces and with our clothing as we step back into the world [post-Covid-19 lockdowns].”

Fittingly, on Beyoncé’s July 2021 British Vogue cover promoting her “Renaissance” album, her chrome makeup stands out. Sir John, global makeup artist and creative director for L’Oréal Paris USA, did the makeup, telling Glossy he was going for “serious architectural structure” by focusing on the temples, eyelids, cheekbones and jawline. The featured opaque lip color was meant to be “extremely dimensional” and to mimic “plastic vinyl.”

The cover had a big impact, with mentions across media channels generating a total media impact value of $8.43 million in the week it was released, according to Alison Bringé, CMO of Launchmetrics. That’s more than most fashion shows generate, she said.

John called the approach of wearing makeup looks that brighten your mood “dopamine glam.” He said it involves “haphazard” liners and washes of color that add a “feel-good” element. This goes hand-in-hand with “dopamine dressing,” a trend Pinterest predicted for 2022 based on users’ searches. Now, with a music track to pair with the resurging desire for feel-good moments, a societal rebirth — or renaissance — seems in reach.
Related reads
Latest Stories
Go to mobile version