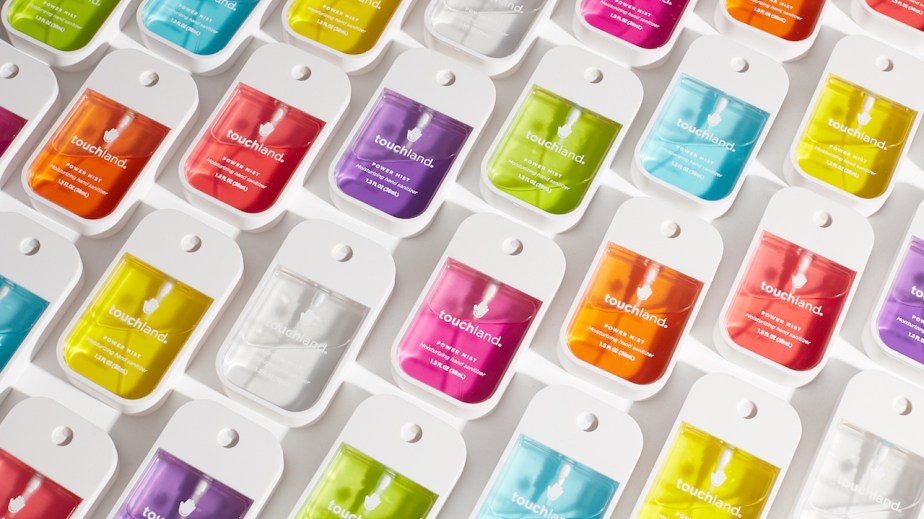 In the early days of the Covid-19 pandemic, the hand sanitizer shopping experience was downright dystopian, as shelves of Purell were emptied by stockpiling panic buyers. Nine months in, brands have shifted course and introduced a wide range of stylish and giftable options for the holidays — and just in time, as the second coronavirus wave hits hard.

The U.S. hand sanitizer market is expected to double and surpass $1 billion in sales in 2020, according to market research and consulting firm Kline. When the pandemic initially hit, LVMH and other major luxury, beauty and personal care conglomerates jumped into wartime production mode, producing sanitizers en masse to donate to medical facilities. But as the pandemic has worn on, brands and retailers have moved beyond a utilitarian mindset when it comes to hand sanitizers, upgrading the formerly humble product with chic packaging, luxury scents and skin-care properties.

“Previously limited to core heritage players, such as Purell, Bath & Body Works and private-label products, there has been a new wave of hand sanitizer products that have emerged, courtesy of beauty companies large and small,” said Dana Kreutzer, a senior analyst for consumer products at Kline. She noted that over 100 brands have entered the category during the pandemic, including many from the beauty category.

This foray into sanitizers has been a pandemic pivot for many brands. Two-year-old body-care brand Curie, for example, had been developing sanitizer slated to launch in October at fitness studio partners. When the pandemic hit, the brand shifted to a DTC mindset, launching its Hydrating Hand Sanitizer on its site in May 2020. Since then, the sanitizer has become its best-selling item, with 130,000 units sold in six months. This drove a 490% quarter-on-quarter increase in revenue for the brand from Q1 to Q2.

“2020 has made hand sanitizer a popular gift item, which is very, very unusual,” said Curie founder Sarah Moret. This month, Curie launched its hand sanitizer at Nordstrom, marking the first time the department store has carried hand sanitizer in-store. With scents including grapefruit cassis, white tea and orange neroli, the brand offers hydrating properties in its sanitizer and is promoting a holiday gift set on its DTC site.

Also launching at Nordstrom — as well as Ulta — this month is Merci Handy, a colorful French sanitizer brand that was founded seven years ago and got its big break when it was stocked at the ultra-hip Parisian boutique Colette. Like many other sanitizer labels, its growth has been substantial this year, with a 500% revenue increase compared to 2019. Targeting Gen Z through its colorful “unicorn” aesthetic, it has amassed 330,000 TikTok followers without paying for advertising; it relies on cute viral videos such as one showing a “love story” between its pink and blue hand sanitizers.

“Some retailers — I will say beauty retailers — were shy about bringing hand sanitizer into the store,” said Merci Handy co-founder and CEO Louis Marty. “The pandemic helped us to convince buyers.” The brand is stepping up its marketing efforts in the U.S., launching a holiday gift set for Nordstrom on November 5 that has already sold out. It is also launching scents aimed at consumers in the U.S. market, who prefer sweeter fragrances, said Marty. For next year, it is working on a licensing agreement with a Netflix show geared toward the U.S.

Another European brand making massive inroads in the U.S. market this year has been cult sanitizer brand Touchland, which has been popularized by celebrity fans including Kris Jenner, Rosie Huntington-Whiteley and Tyra Banks via posts about the gifted sanitizers on their social media channels. It sold out of 20,000 units in less than 24 hours when it launched at Ulta this summer and recently launched in Target. Most of its scents are currently sold out, and it has amassed a waitlist of 34,000 orders. In the second quarter of 2020, it saw a 1,499% increase in sales year-over-year.

“We really feel inspired by the design and innovation approach of Apple, Dyson and Nespresso — the way that they elevated commoditized industries and took them to a whole new level,” said Andrea Lisbona, CEO and founder of Touchland.

“This category had previously seen comfortable growth year-over-year, but the pandemic has forced consumers to shift to these products as an adequate substitute for hand-washing to protect themselves from Covid-19,” said Kreutzer, who noted that stockpiling has been driving sales growth.

“It just went crazy,” said Charlotte Chen Pienaar, the founder of Everyday Humans, regarding sales of the brand’s new Germaphobe hand and surface sanitizer spray that launched in August. It was already in the company’s product pipeline before the pandemic, but was accelerated. “I was not expecting the type of positive reaction to a hand sanitizer, where people are literally hoarding it and buying them in dozens.” The startup has sold 7,500 units of its sanitizer since launch, with “pretty much no marketing,” said Pienaar. Its black tea sanitizer is currently sold out.

For holiday, the brand launched a Christmas pine scent, and it’s been selling gift sets with sanitizer and a salve.

“One interesting thing is that we are a millennial, Gen-Z brand with our branding and our value prop, but we got a couple of mentions in media articles which suddenly [drove] an uptick in a much older demographic,” she said. “I’m talking about baby boomers — people over 50 — having interest in our hand sanitizer.” She added that the brand’s older consumers are especially focused on “efficacy, the functionality and also the price point.” She said that, typically, older customers buy in bulk, up to 24 bottles at a time.

Premium brands are not just making bottles aesthetically appropriate for gifting, but they’re also including ingredients to target some of the things people dislike about standard hand sanitizer: a drying effect, the smell of alcohol and the texture of the sanitizer.

“It needs to smell nice; it doesn’t have to smell like a bathroom,” said Pienaar, who noted that Everyday Humans has also added vitamin E and aloe to its sanitizer.

Upscale bath and body brand Noble Isle, which is stocked at luxury department stores including Selfridges and Fortnum & Mason, introduced a line of hand sanitizers for the first time in August, in response to the pandemic. Scented sanitizers include a $21 250-milliliter bottle scented with wild samphire, sea oak, sappy thyme, ivy and juniper. A rhubarb sanitizer includes notes of juniper berry and muddle rosemary.

“What we’ve seen is there is definitely a desire for a luxurious hand sanitizer,” said Katy Simpson, director and founder of Noble Isle.

Pre-pandemic, body wash was the brand’s top-selling category, but since March, it has been hand wash followed by hand lotion. Hand soap currently makes up 50% of sales, after making up 30% pre-pandemic. For gifting, people are using the brand’s online gift box feature to buy hand wash and hand sanitizers.

Brands are promoting sanitizer in response to consumer demand to give “the gift of wellness” this year, said Bita Nasseri, the co-founder of Hollywood-based, celebrity doctor-founded wellness brand Euka. The brand includes hand sanitizer in its “wellness bento” gift set that also includes wipes and a saline spray. The brand has sold 2,000 gift sets without advertising.

“People were gifting us hand sanitizers, and we’re their doctors,” said co-founder Shawn Nasseri, of why they were inspired to create the gift sets.

“Six months ago, you wouldn’t gift someone a hand sanitizer, to be honest. It’s such a weird thing to give,” said Pienaar. “Now because it’s a new normal, it just makes sense.”