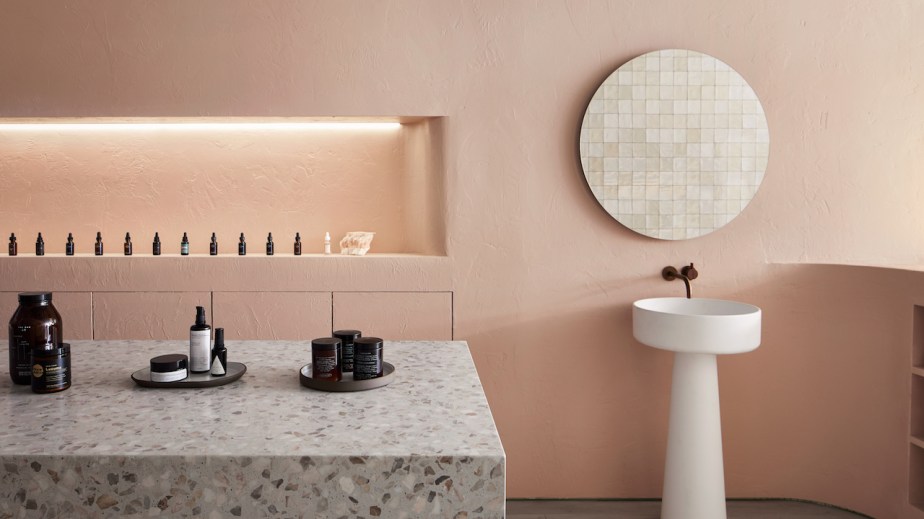 Beauty and Wellness Briefing: How cannabis and CBD companies are getting creative with marketing and advertising efforts

When CBD retailer Standard Dose launched its direct-to-consumer site in January, founder Anthony Saniger hoped the online platform would be just as much about educating the customer about CBD as a selling vehicle for its products.

“The everyday consumer had no idea what the differences were between CBD, CBN [another cannabinoid outside of THC] or terpenes, so every time we do a product drop, there is an article explaining the product’s and CBD’s benefits,” said Saniger. Currently, the company sells 100-plus products from 30 brands, including Plant People and Saint Jane.

Four short months after its DTC-only debut, Standard Dose is ready to bring that experience to physical retail. On Wednesday, the CBD company is opening its first standalone store in the NoMad neighborhood of Manhattan.

While part of Standard Dose’s new outpost is tackling scale, another is a response to the tough digital regulations for cannabis brands. Google and Facebook still do not allow drug or drug-related promotions on their sites because marijuana remains illegal on the federal level. As such, cannabis brands across the board are getting creative in their marketing and brand awareness efforts.

“We took our marketing budget and applied it to our retail experience because we believe that is so important in creating awareness,” said Saniger. “Everything we are doing now is organic, from our newsletter to Instagram, so we can speak to the consumer directly. From a paid media perspective, we can’t do any paid search or paid social, just like everyone else who is interested in this plant.” Saniger did not disclose the investment in the Standard Dose store.

Though Saniger doesn’t consider Standard Dose a “weed brand,” and the company will not sell THC or anything related to smoking, such as vape pens, it is still subject to the current federal rules and regulations that have been slow to change. Saint Jane founder Casey Georgeson, who positioned her brand as the innocent side of Mary Jane, has faced the same restrictions. Before launching, she was blacklisted after appealing to promote Saint Jane on Instagram in fall 2018, and then again right before launching with Sephora.com in May.

“The FDA needs to weigh in on the differences between topicals, edibles and vapes; there are differences,” said Georgeson, who also mentioned U.S. Bank’s recent move to drop payment processing for the CBD industry. “At Saint Jane, we feel like we have to be more careful to architect our narrative to say what we are and aren’t, and we aren’t THC.” It is worth noting that the FDA will be holding a public forum on May 31 to discuss cannabis and cannabis-derived compounds. Georgeson is encouraged.

Though MedMen is a cannabis company through and through, it too is getting even more creative. Beyond its recent retail store expansion with its own branded products, it’s working with tech-infused truck advertising company Boxi to promote the brand on large-scale independent vehicles in California. Over the last 12 months, MedMen has had 50 localized trucks on California roads, and that is expected to continue for the rest of the year, said Boxi founder and CEO Neal Pecchenino. Based on Boxi’s analytics, each of those trucks reach an average of 30,000 to 60,000 prospective consumers a day. Pecchenino said he is continually being approached by cannabis and CBD companies.

“What we are doing with MedMen has been our biggest campaign to date, and it removes the stigma from cannabis,” said Pecchenino. While Boxi, which also works with companies like Stella Rose Wines and the California Science Center, would not detail MedMen’s overall investment in this marketing tactic, advertising with Boxi starts at $1,500 per truck for campaigns that are six months or longer.

Still, Saniger said StandardDose.com has seen traction with digital: The company has had over 100,000 unique visitors since launch, and 30% of customers are repeat purchasers. (These consumers have already ordered five to eight times, on average, over the course of four months.) Additionally, the company’s email list has over 8,000 subscribers and sees open rates and click-through rates of above 50%. Standard Dose’s top market is New York, and other high-ranking states are North Carolina, Texas and Illinois, where there is little to no access to CBD in retail. Cannabis market research firm The Brightfield Group projects the U.S. hemp-based CBD market will hit $22 billion by 2020.

Clearly, there is opportunity online. Digital agency Toasted Collective, which enables cannabis and CBD advertising, has found a white space via exclusive partnerships with publishers, including Hearst and USA Today. Its brands, like Curaleaf, pay between $10,000 to $15,000 per month for standard advertisements like banner ads and video ads, since Google and Facebook aren’t an option.

“We are seeing a number of cannabis and CBD beauty and wellness brands come to market, and they want to advertise. Publishers are realizing that this is one category where Facebook and Google don’t have a competitive advantage, and can’t eat their lunch,” said Andrew Hemingway, Toasted Collective CEO. On average, Toasted Collective ads reach more than 250 million unique users every month. Clients are not necessarily worried about segmentation right now but are focused on national awareness.

Bryan Rosenblatt, a principal at Craft Ventures who cut his teeth at Reddit and Twitter, offered the platform perspective: “Facebook and Google set the tone for the industry of what is OK and what is not, and with cannabis being legal in some states and not all, geo-targeting online is not perfect. The questions are: Is it worth the liability, and is it worth dedicating the resources necessary to enforce a new policy? Their answer to date has been no. The platforms should spend more time figuring this out, because we will reach a tipping point and cannabis brands will be able to advertise, whether that’s through looser regulation or Google and Facebook taking a stand.”

Until then, though Standard Dose is focused on its DTC site, it will be opening another metro flagship by the end of 2019. “We see ourselves as an education platform first and foremost for the entire space. For us to do that, we have to get in front of our consumers,” said Saniger. “We like being creative, and right now, the online space forces us to be.” — Priya Rao, beauty editor

By the numbers: Why unexpected DTC brands are thriving overseas
According to a new report from Rakuten Marketing, direct-to-consumer brands like Birchbox and Made are beating out buzzier competitors like Glossier and Harry’s, in terms of consumer awareness in the U.K. and greater Europe.

Overall, 35% of 4,000 consumers surveyed said they had heard of Birchbox, and 28% of those people had made a Birchbox purchase. That sets Birchbox ahead of brands like Harry’s, which saw only 32% awareness. Additionally, only 26% of consumers had purchased a Harry’s product. An even smaller pool had heard of Glossier — 16% — and 26% had heard of the brand and also made a Glossier purchase.

When it comes to driving that brand awareness, the study found that Facebook still plays the biggest role in a consumer’s discovery process. Forty-four percent of U.K. consumers said Facebook has been the most significant factor in helping them find and identify DTC brands. That’s followed by YouTube and Instagram, at 31% and 28%, respectively. — Katie Richards

On The Glossy Beauty Podcast, Memebox founder and CEO Dino Ha explains how he is using K-pop as a discovery tool for his brands, such as Kaja.

Across its portfolio, the Estée Lauder Companies is evolving its approach to the male beauty consumer.

Nars revisits the pop-up model for its expanded Orgasm collection.

Like Coachella and SXSW before it, Governors Ball is attracting beauty brands.

Cher is getting in on the fragrance game.

Advertising cosmetic aesthetic treatments, like Botox, on Instagram is risky business when editors and influencers are involved.

The men who built Coty fragrances are ready to tackle the niche market with Scent Beauty.