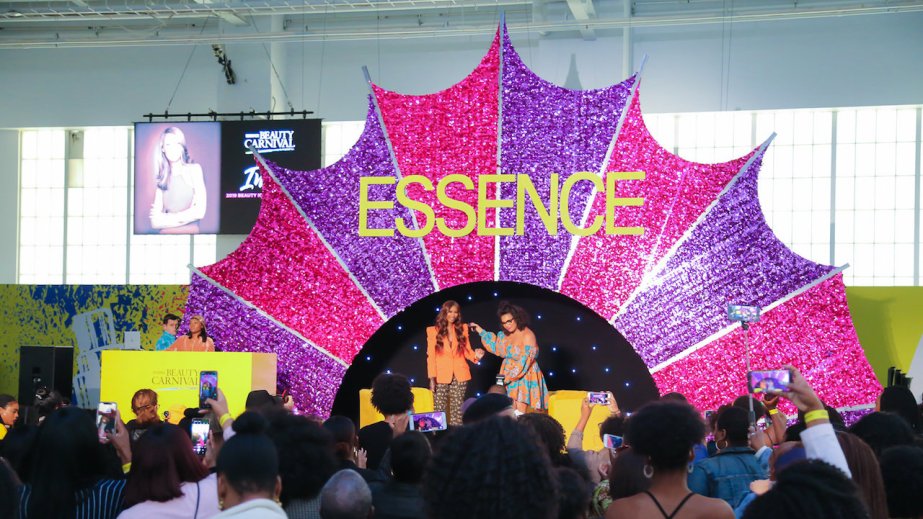 Though Unilever-owned, beauty and personal-care company SheaMoisture participates in 60-plus events yearly, from smaller pop-ins to large-scale festivals, like Beautycon and CurlFest, Essence Festival in New Orleans, which runs July 5-7 this year, is its largest experiential activation.

“We participated in 66 events last year, so we are busy, but Essence Fest is the biggest thing we do when it comes to the scale of investment,” said Moussa Bathily, director of community operations at Sundial Brands, which SheaMoisture is a part of. “It’s underrated, but for us, it is a contextual touch point for our customer, so we think about everything, from what we are doing in our booth at the [New Orleans Ernest N. Morial] Convention Center to the digital piece to sampling. It is all-encompassing, and we try to own our moment there.”

SheaMoisture is one of the many beauty brands seeing the increasing value of participation in Essence Festival and its dedicated Beauty Carnival experience that officially kicked off in 2018. A prior iteration of Beauty Carnival existed in years past, dubbed the Beauty and Style Expo, but it was much smaller in scope. Procter & Gamble was the sole beauty sponsor at Essence Fest until 2015, said Cassandre Charles, Essence vp of brand marketing. In 2019, Essence Fest is boasting 10 official beauty sponsors, including SheaMoisture, Dove, Aveeno and Carol’s Daughter, as well as first-time entrants like Estée Lauder and DevaCurl. About 20 smaller, black-owned beauty companies, like The Lip Bar, are also participating at the Beauty Carnival, selling in its marketplace.

Essence Festival 2018 boasted more than 510,000-plus total attendees, or 130,000 a day. That’s significantly more than seemingly buzzier events like SXSW, with its 70,000-plus guests, and Coachella, which sees about 75,000 festival-goers for headline performers. It also has a 90% female audience, who is on average 39 years old. Typically, attendees spend about 25 minutes of their time at a sponsor’s booth and five hours a day at the convention center, so it’s a highly engaged and ripe beauty audience.

“Essence is a brand that is all things to black women, so we cover everything including beauty, health, wellness, career and finance, but beauty is our biggest category and this audience over-indexes for beauty,” said Charles. “The beauty space has by far the most sponsors.” According to Essence Fest 2018 data, the median income of attendees is about $70,000, and 86% of its attendee audience purchased a product they saw at the festival.

Knowing this, beauty brands are willing to spend to get attention, especially when juggernauts like Coca-Cola are a presenting sponsor. Primary Beauty carnival sponsorship packages, which are offered in three tiers and inclusive of media and sponsorship fees, are six-figure deals, hovering around a $300,000 sweet spot, said Charles. Smaller sponsorships for brands within the marketplace area begin in the low thousands.

“We are showing a commitment to this woman and want to communicate with her at Essence Fest and throughout the whole year,” he said. “It’s not a one-off moment; that ongoing dialogue is what is going to keep her coming back to SheaMoisture.”

Though there are plenty of beauty festival moments to choose from these days — with even retailers like Sephora and QVC coming into the fray — picking a brand’s shot could be difficult. But, that’s where Essence’s loyal festival-goer-to-customer becomes apparent.

“It’s not a target demographic we chase, but instead our actual purchasers and finding ways to connect with them,” said Hanan Wajih, senior marketing director for North America at Vogue International of Maui Moisture’s participation (Johnson & Johnson owns Vogue International).“For Maui, Essence Fest provides us an opportunity to connect with our curl community, but also bring in new users as the brand is still new and growing.” Johnson & Johnson would not disclose Maui Moisture’s investment at the event.

The same is true of DevaCurl, which may not have the backing of Unilever or J&J, but is making its first appearance at Essence Fest. DevaCurl CEO Robert Schaeffler would only say the brand’s commitment is easily in the seven figures.

“As a brand committed to all curl-kind, our strategy is to ensure we are everywhere our audience is,” he said. “When we started talking to Essence about participating in Essence Fest this year, they shared DevaCurl is one of the most requested brands to attend. That signified to us our audience is there.”

DevaCurl’s audience is not solely African-American, but over one-third of the brand’s business is what it calls its “Super Curly” customer, said DevaCurl’s brand manager Erin Williams. This suggests that those customers could be African American. Williams expects to see up to 20,000 festival-goers over the course of the three days, and each of those attendees will receive four to five full-size products and samples to create a “full DevaCurl regimen.” They’ll also get personalized styling appointments with the brand’s hair coaches.

“We are calling it edu-tainment,” said Williams. “We are trying to get the women at Essence to know us even better and experience our products in a way they haven’t before.” The brand has an already high repeat purchase rate of 61% on DevaCurl.com, and Essence Fest is an opportunity to boost its digital presence. On its site, DevaCurl will create a special Essence Fest landing page and content beginning the week of June 17, which will correspond to its social content, said Williams. Four of the brands ambassadors will also be attending and creating content for DevaCurl, including Alyssa Marie and Elaine Welteroth.

While beauty influencers are certainly a part of Essence Fest, just like brands are — mega-influencer Jackie Aina, with 3 million YouTube subscribers and 1.2 million Instagram followers, will be in attendance — they’re not as prominent or necessary, like they are at events like Coachella. L’Oreal’s Carol’s Daughter, for instance, has no confirmed influencers participating in Essence Fest aside from founder Lisa Price.

“The biggest influencer we have is Lisa, and she is the biggest draw for this audience, as they care about the authenticity of our brand,” said Erica Bowen, gm of L’Oréal Multi-Cultural Beauty. L’Oréal acquired Carol’s Daughter in 2014.

Authenticity is a huge drive for Unilever, as well, as Dove makes its second appearance. Rather than a pure product play or entertaining activation, Dove will be highlighting its Crown Coalition, which supports anti–hair discrimination legislation. “Dove recently uncovered that eight out of 10 black women are more likely to change their natural hair to meet social norms or expectations at work, and this is unacceptable,” said Esi Eggleston Bracey, evp and COO of North America beauty and personal care at Unilever. “Black women have historically been underrepresented in the beauty conversation. Essence Festival allows us to directly connect with generations of black women from around the country in a meaningful way and help to change that.”

As Essence Fest’s Beauty Carnival portion prepares for national expansion beyond New Orleans — it held its first standalone experiment in New York in April that will return in 2020, along with other cities — Essence is likely to give other festivals a run for their money.

“It’s the biggest congregation of black people in the country, and brands understand that to get to know this consumer and her relationship with beauty and her dollars, they have to be there,” said Julee Wilson, Essence global beauty director. “The world is browning, and all industries — the beauty industry, especially — finally understand that Essence Fest is just good business.”