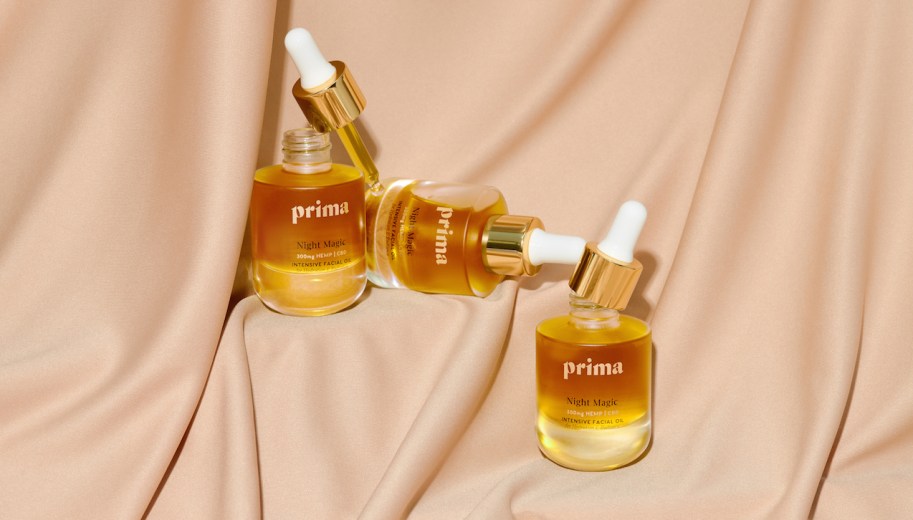 There is a new class of beauty brand founders on the rise.

Historically, beauty entrepreneurs talk up their professional history with heritage companies such as L’Oréal, Estée Lauder Companies and Revlon. But as digitally native beauty brands have matured, their employees have been branching out on their own. For example, Nick Axelrod left his role as editorial director of Into the Gloss, the sister site of Glossier, and co-founded body-care brand Nécessaire; Cat Chen, the founder of fragrance brand Skylar, previously worked at The Honest Co. as vp of operations; and several early employees of Birchbox have gone out on their own, including Deepica Mutyala, Live Tinted founder.

“All it takes is a small crack in an open market and [the desire to] elevate a category to take advantage of a moment. In today’s environment, it’s exciting to be an entrepreneur because of the available talent,” said Christopher Gavigan, founder of Prima, a CBD skin-care brand that launched DTC-first. Gavigan co-founded The Honest Co. and served as head of product development from 2011 to 2017.

These second-generation founders are taking essential lessons from their former employers, in areas such as go-to-market strategies, operations and even company culture, and applying them in a new, omnichannel beauty age.

While Gavigan cut his teeth co-founding The Honest Co. with Jessica Alba, he said a key takeaway during his time there was the consumer appetite for being able to control what they put in, on and around their bodies. He said he first learned about CBD and the human endocannabinoid system in 2009 while building The Honest Co., which ultimately led to creating Prima. The CBD line seeks to bridge the gaps between health care, well-being and wellness with its skin care and ingestibles. As head of product development for The Honest Co., he could have been in a position to introduce CBD into its portfolio. Still, he understood the importance of having a specific ethos and brand point of view.

“CBD is too rich a story and idea to embed it in The Honest Co.,” he said. “They’re more focused on baby and beauty. You have to have reverence and respect for this ingredient — you can’t sprinkle it on macaroons and mustard.”

When he launched Prima, he did not start with products. Instead, Prima launched an editorial website in March 2019 before selling its first product DTC in June 2019. Today, the Prima site has approximately 80 pieces of original content and sells 10 products.

Elsewhere, Jordynn Wynn and Sharon Pak, co-founders of hair extension and wig brand Insert Name Here, have adopted a similar business structure as Colourpop and its owner Seed Beauty. The duo were among the first employees hired by Colourpop in 2014. While Insert Name Here is not vertically integrated — it’s too small a brand at this point, said Wynn — it, like Seed Beauty, is self-funded.

“We want to be as lean and quick as possible, and when you are funded, it can slow down things,” said Pak. “It would not have been possible with more cooks in the kitchen.”

Insert Name Here’s operations also mirror Colourpop’s by having a cross-functional team, said Wynn. Insert Name Here has 12 full-time employees, and marketing meetings always include members from its customer service and graphic design teams. As the first two employees of Colourpop, Wynn and Pak said they became generalists across multiple disciplines such as web development and coding, packaging and product development.

They also both gained insight into influencer marketing, which was still in its early stages back in 2014. Insert Name Here has an ongoing relationship with 50 influencers at any given time, doing paid and unpaid sponsorships and product gifting. Insert Name Here has also identified 300 VIP customers to whom they send periodic gifts and handwritten notes to, in order to foster brand loyalty. It also maintains a 24/7 concierge service through Instagram direct messages to match customers to the appropriate hair color shade.

“It’s so important in building a brand [through influencer marketing] because, otherwise, there is no soul to a brand,” said Pak.

But there are other approaches to injecting a soul into a company. Mutyala was an early employee at Birchbox, joining in 2012 as one of the first 30 employees before departing in 2014 to focus on her growing social media presence. She currently has approximately 255,000 Instagram followers and about the same number of YouTube subscribers. Her brand, Live Tinted, has infused inclusivity and diversity not only in its products — such as its multi-use eye, cheek and lipstick product for women of color — but also in its board of directors, investors and models, said Mutyala. The company counts Payal Kadakia, the founder of ClassPass, and Bobbi Brown as investors as well as Allison Statter and Sherry Jhawar, founders of Blended Strategy Group as board members.

Much like Wynn and Pak, working at a startup gave Mutyala an understanding of operations and supply chain, and also a fresh approach to beauty. Birchbox not only provided equity to early employees as an incentive, but it also hosted weekly meetings where management shared information around revenue and growth to show individuals their impact on the daily business. Mutyala uses that approach, too, in her weekly meetings, and maintains an open-door policy and an open office environment. Live Tinted currently has five full-time employees.

“Culture has been the most important to me in building a company,” she said. “It comes down to the team and the operations and back end. I’m now hiring people and delegating, but if people aren’t happy, excited and invigorated by their work, then nothing will get done.”

This approach extends into the consumer-facing side of the Live Tinted, as well. Before launching a product or even a website, Live Tinted began as a hashtag (#LiveTinted) to solicit suggestions from Mutyala’s followers. From there, it grew into an Instagram community page that currently has 107,000 followers. Live Tinted maintains a DTC approach in that it crowdsources via customers. Mutyala has no interest in expanding into retail, for now, because she wants customers, not retailers. to be directly involved in the product pipeline.

“I want people to feel like they are part of the narrative. It’s not my story they are telling; it’s theirs,” she said.