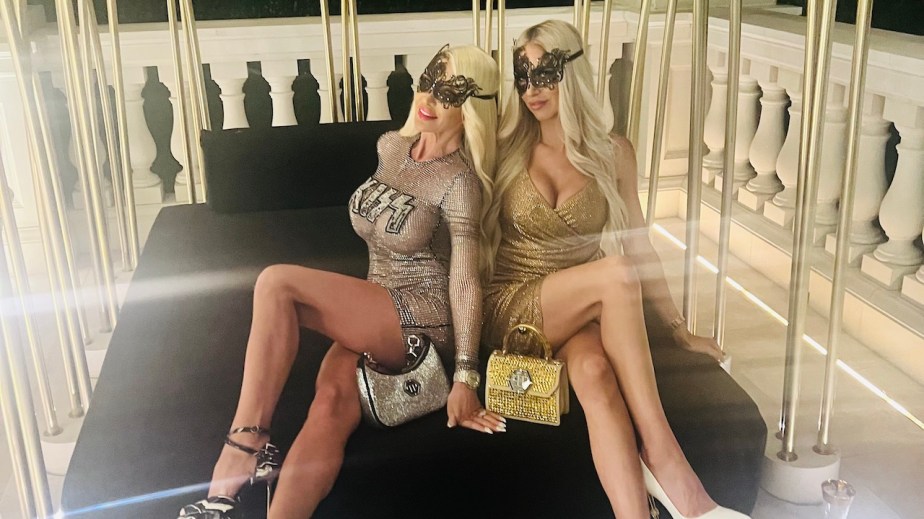 Many people would describe Philipp Plein fashion culture as gaudy, over-the-top and fan-driven. But while designers and brands commonly have supporters, Philipp Plein has amassed a niche, diehard community in his namesake brand’s 24 years as a company. That was evident on a Wednesday night in October when Plein celebrated the launch of the $150 perfume Plein Fatale, his label’s debut women’s fragrance.

The evening kicked off at Plein’s fluorescent-lit Rodeo Drive boutique in Beverly Hills. Invited to cover the launch as media, I tried to describe to my uninformed industry friend the “type” of crowd we’d experience that night. She didn’t initially grasp when I meant by fashion fandom, but the concept was immediately apparent as we walked into the store.

Guests were already lined up before the event’s 7:30 p.m. start time, decked out in various seasons of Plein’s best-known pieces. There was no shortage of guests repping Plein’s $5,000 skull-adorned, crystal-encrusted sneakers or his logo tees, which often feature a skull or teddy bear and start at $600. There were also plenty of black leather jackets, a Plein signature. It felt like a contemporary, higher-end version of a Christian Audugier event in the early aughts. And like Audugier, Plein has counted aughts-defining celebrities including Madonna, Paris Hilton and Snoop Dogg as fans.

Some may consider Plein’s duds an acquired taste, with their brash logomania and distinct aesthetic. That’s not to mention that Plein has been involved in a number of controversies, including a workplace homophobia lawsuit, though Plein has vehemently denied the allegations. Earlier this year, Vogue Business referred to him as “Fashion’s Bad Boy.” But none of this has appeared to hold the designer back.

Immediately upon arrival at the event, we were greeted with champagne, a thematic match to the new fragrance bottle’s design. Guests eagerly awaited the German designer’s arrival while in a cramped space, iPhones in hand. When Plein entered, about an hour and a half past the event’s start time, he individually greeted his supporters, many of whom clearly had clearly met him prior.

While originally scheduled to interview Plein onsite, I was asked to follow the designer and his fans to his mansion in Bel Air — a wildly affluent, tucked-away section of Los Angeles. It was there that the launch celebration would continue. Hesitant at first, I eventually obliged, with little concept of what to expect. My friend came with me as we headed approximately 15 minutes west of the boutique in a Lyft.

We were dropped off at the bottom of the driveway and walked up the steep, lengthy route in heels. And perhaps this was for the best, versus rolling up to the swanky bash in our driver’s 2020 Honda Civic.

Finally we were there: the entrance to the grandiose Philipp Plein mansion, which he’s dubbed “Chateau Falconview.” Its description as a chateau is no exaggeration. The reported $280 million palatial abode sits on a sizable 3.6 acres of land that Plein first purchased in 2014.

We were again immediately greeted with champagne and bright, fluorescent lighting. We were instructed to wear a masquerade-like eye covering that was provided at the door, as if transported into a real-life version of the Stanley Kubrick’s “Eyes Wide Shut.” Champagne in hand, we entered an expansive space and confronted a life-size version of the new fragrance bottle. We were then ushered to an exquisite table of sushi, while the sounds of Hall & Oates’ “I Can’t Go for That (No Can Do)” played in the background. And the impressive location, we were told, was just the guest house.

“Our clients are all friends — everybody,” Plein told me when we finally spoke. “We invite our clients [to our parties]. Our clients are family. And we are a family company. We created a community, which is really strongly linked to the ground. Other brands cannot give this experience because, you know, who’s Mr. Google?”

Plein was aptly dressed for celebration, in a dapper black suit. He invited me to sit next to him on a velvet chair, as he answered my questions in perfect English with a German lilt.

Plein’s fan-fueled celebration didn’t seem unusual for the approximately 50 guests who roamed the giant space during my hour-long visit. But, I learned, it was only the second time the designer had organized such a function. The concept came together following 2020’s Covid-19 lockdown, when Plein’s stores were closed and employees reached out to clients at home to build a stronger connection long-distance.

“We wanted customer relationship [-building] activities and to connect deeper with our clients because of a period when we weren’t even allowed to travel,” said Plein.

The designer’s following may be relatively small, but it is indeed mighty. Plein owns Philipp Plein, Plein Sport and Billionaire brands. The Philipp Plein label alone has at least 55 stores worldwide, including in Miami, Singapore and Paris. China is reportedly the brand’s largest market. According to Vogue Business, at a pre-pandemic peak in 2019, the brand’s revenue was €208 million; a year later, its revenues had shrunk to €120 million. The company downsized in 2020, as a result.

“We don’t have to explain ourselves,” he said of his loyal community. “There are people who hate Plein because obviously I’m very polarizing in what I do. I have always been an outsider. I’m in an industry in which mainly the big players are dominating the market. There are only a few big groups left, and small, independent companies barely exist in this industry now. The last few have started to sell their shares, [while] I’m [here and] very accessible to the people.”

The self-made entrepreneur speaks with a refreshingly self-aware candor. He ignores all the noise with confidence and maintains his iconoclast positioning.

As a self-proclaimed “outsider” growing up, Plein said he feels a greater connection to those who walk to the beat of their own drum. Plein began his career designing furniture for family and friends. When his designs drew attention from the interior design industry, he founded his eponymous company. In 2003, when he was asked to design a lounge for Moet & Chandon for a German trade fair, he was also permitted to sell his accessories on-site. He made over €100,000 in one day, and his fashion brand was born a year later.

“I appreciate people who are who they are,” he said. “I learned one thing: You should never think about what other people think about you. If you start thinking this way, you won’t be yourself anymore. It’s a life decision in philosophy to be who you are. And once you start to not care anymore about other people’s opinions, you become fearless and nobody can hurt you.”

After our 25-minute conversation and one final glass of champagne, our interview concluded. In the end, I concluded that perhaps Plein is so controversial not only because of his designs but also for his perseverance in the face of criticism and refusal to bow to it. It’s a confidence others aspire to, leaving them hot and bothered when the object of their ire frankly does not care. As my friend and I humbly hopped back into a Lyft, I reflected on this new perspective of Plein and my deeper understanding of his fan base. At the very least, I left with a new fragrance that’s much less polarizing than its brand or founder.