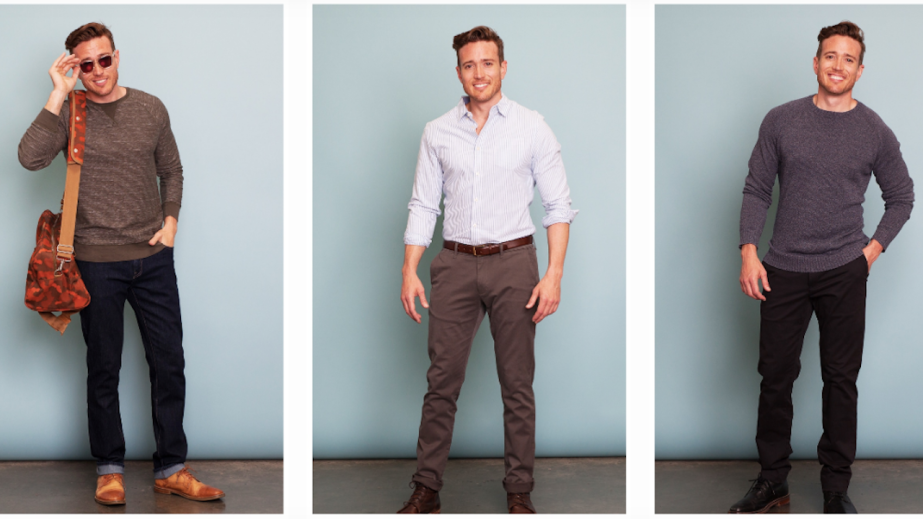 ‘Guys buy the same thing’: Why men’s clothing-rental services have yet to catch on

Women’s fashion rental is big business. The most prominent player, Rent the Runway, is now worth $1 billion. So where are all the men’s rental services?

It seems an area ripe for growth, given the recent booms of both rental services and men’s fashion. New rental services are popping up all the time, like Vince’s Unfold program, which launched at the end of 2018. And men’s luxury fashion was predicted last year to outpace women’s growth over the next three years. Subscription services and styling services like Stitch Fix have recently launched men’s categories, and the rising streetwear world is dominated almost entirely by men’s fashion.

But a survey of the fashion rental landscape reveals only a few options for men, mainly in the form of event-focused rental services offering tuxedos and formalwear.

“Part of it is women being more comfortable with borrowing clothing,” said Vladimir Paniouchkine, founder of  The Mr. and Ms. Collection, a combination rental and styling service — customers rent a box with a mix of casual and upscale brands that are picked for them, based on a questionnaire. They keep the pieces for as long as they like, and monthly subscriptions range from $60 to $90. “Guys don’t typically go over to their friends house to borrow some shirts. And in general, women are more widely represented in fashion, including among [fashion] influencers. And the market supports that. Women spend twice as much as men on clothing.”

The Mr. and Ms. Collection began in 2012 as The Mr. Collection, before expanding to women’s clothes in 2014. Since then, men’s has continued to be the more popular side of the business.

There are some categorical differences between men’s and women’s fashion that affect whether rental makes sense.

“Generally speaking, guys tend to buy a lot of the same thing, while women buy a little of many different things,” said Richie Siegel, founder and lead analyst at retail consultancy Loose Threads. “Women also have a lot more options, in terms of what kinds of clothes they can wear. They have dresses, skirts, bags. Men are much more limited in that way. Suits are one area, but those are more often for events. And for something like sneakers, men are probably more likely to want to buy and resell them, rather than rent.”

Chika Achebe, co-founder of men’s streetwear rental service The Mercer Club, expressed a similar opinion in April. “The only men’s rental platform that comes close to [Rent the Runway] is Black Tux, but they only rent one thing,” he said. “Men’s has traditionally been less adventurous than women’s. Our grandfathers wore the same cardigans, the same khakis — things you don’t really need to rent. But I think that’s changing now.”

Additionally, there is the problem of audience acquisition. Companies like Rent the Runway might have a harder time building up a male audience if they decided to branch out into men’s since they have no real relationship with male customers to speak of.

“Part of the difficulty for men’s rental services is that the logistics of rental are really complicated,” said Andrew Blackmon, CEO of men’s formalwear rental service The Black Tux. “There’s dry-cleaning and warehouse operations and all that stuff. When men’s rental services start up, they’ll have to have a built-in male audience, which companies like Rent the Runway don’t have. Maybe a more streetwear-oriented company like Grailed or something would be a better fit to branch into men’s rental.”

As for the biggest name in rental, Rent the Runway, men’s seems off the table for now, for one simple reason: There’s more money to be made on the women’s side, and it’s still growing in that area.

“There are a few reasons we focus on women’s only,” Maureen Sullivan, COO of Rent the Runway, told Glossy back in April. “Women make up 70 to 80% of all spending. A lot of women make purchasing decisions for their whole families, too. There’s still a lot of economic value in women that has yet to be tapped into. There’s a lot to do there before we branch out into men’s.”

Unless Rent the Runway has a change of heart, it seems it will be up to smaller startups to take up the men’s rental mantle.

“There are going to be more men’s services soon,” he said, based on his observations of the market. “Who knows if Rent the Runway will join or if it’s someone else like Gwynnie Bee, but there’s going to be more soon.”