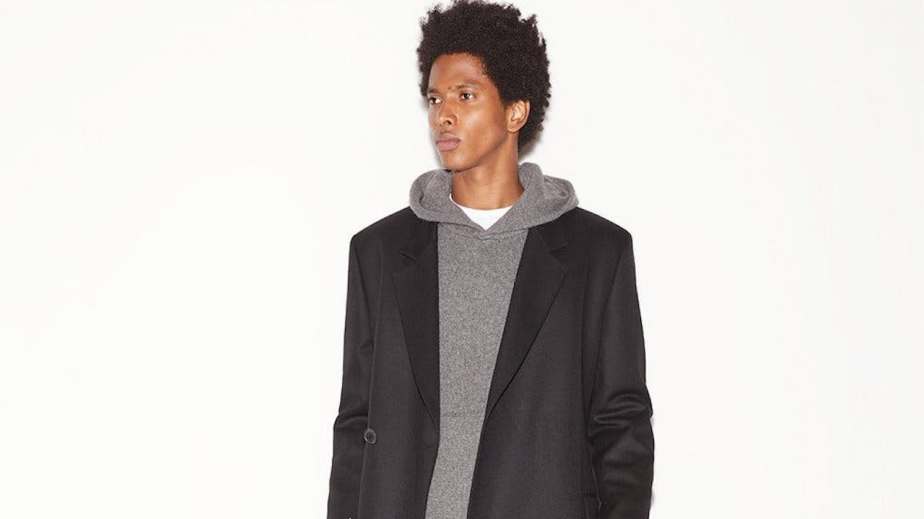 Why fashion brands flocked to menswear in 2021

The larger the potential customer base, the better.

That seemed to be the mindset steering fashion brand strategies in 2021, as expanding to menswear became a popular move. But other factors also contributed to the trend. For starters, more men are now being influenced to up their fashion game. And, as a result, they’re doing more shopping.

Common reference points for men that many fashion brands are leveraging are athletes. For example, Frame relaunched its 7-year-old menswear line this fall, reportedly driven by new CEO Nicolas Dreyfus regarding the category as a big brand opportunity. The goal is to grow the men’s line, now centered on “timeless classics with a twist,” from being 10% of the business to 50%. Among early marketing tactics for the line has been outfitting NBA and NFL players for game day. On December 18, the brand shared a seven-slide Instagram post featuring Indiana Pacers player Justin Holiday in a Frame trench coat and Arizona Cardinals player Isaiah Simmons wearing a Frame overshirt, among others. The post saw more engagement than any Frame post in recent months, with 1,700 likes and dozens of comments.

Frame co-founder Jens Grede clearly believes in the influence of athletes. This year, he also partnered with Tom Brady on a men’s fashion brand, dubbed Brady. It’s set to debut in mid-January. “There hasn’t been an athlete’s namesake brand since Jordan,” Grede said in early December. “Tom Brady is the GOAT. His name is synonymous with football for several generations.”

Further backing the notion that, for men, “athlete” equals “style icon” is a stat in the new Pinterest Predicts 2022 report. Among platform trends, it said that searches for “pearl necklace men” increased by 7X in the year ending in June 2021, compared to the year prior. That’s no doubt linked to Atlanta Braves’ outfielder Joc Pederson, who’s received much press for regularly wearing the accessory. Along with Gen Z, men are Pinterest’s fastest-growing user demo.

On top of seeing men take more interest in fashion, brands are launching menswear in response to demand – at times, indirectly through partner retailers.

That was the case for New York label Commission, which launched menswear for fall, and Paris-based Gauchere, which released a men’s line in September. Both were prompted to go there by online luxury retailer Ssense, based on the success of their women’s lines at the store. Fifty percent of Ssense’s customers are men.

“They told me that 50% of all their men’s sales came from women customers buying for their significant others,” he said. “And we had already earned the trust of the women consumers in their stores.” Among Sanctuary’s retail partners are Nordstrom, Bloomingdale’s and Macy’s.

At the same time, Polanko realized that Sanctuary had just earned a large email list of retargetable male customers when it sold masks to them at the height of Covid. That served as a starting point for marketing Sanctuary’s menswear.

According to The NPD Group, men’s growth in apparel has continued to outpace women’s. From January 2021 to November 2021, men’s apparel sales grew 12%, compared to the same time period in pre-pandemic 2019. That was four points higher than the rise in women’s apparel.

“Men are experiencing a re-assessment of their fashion needs,” said Kristen Classi-Zummo, fashion apparel industry analyst for NPD. “Whether it’s due to a change in their in-office dress codes, a change in their own size or a new focus on wellness, they’re finding that their pre-pandemic wardrobe needs a refresh.”

She added, “[The male shopper’s] looking to discover new brands and test out what works and what doesn’t, [making it] a great time [for brands] to enter into this space.”

And there’s no shortage of brands and retailers going there. Nili Lotan, designer of her namesake fashion brand, announced this month that she’ll be launching menswear in summer 2022. Also next year, luxury brand Erdem’s new menswear line will be released, and The Outnet will add menswear to its assortment.

“Men’s continues to bolster the business,” she said.