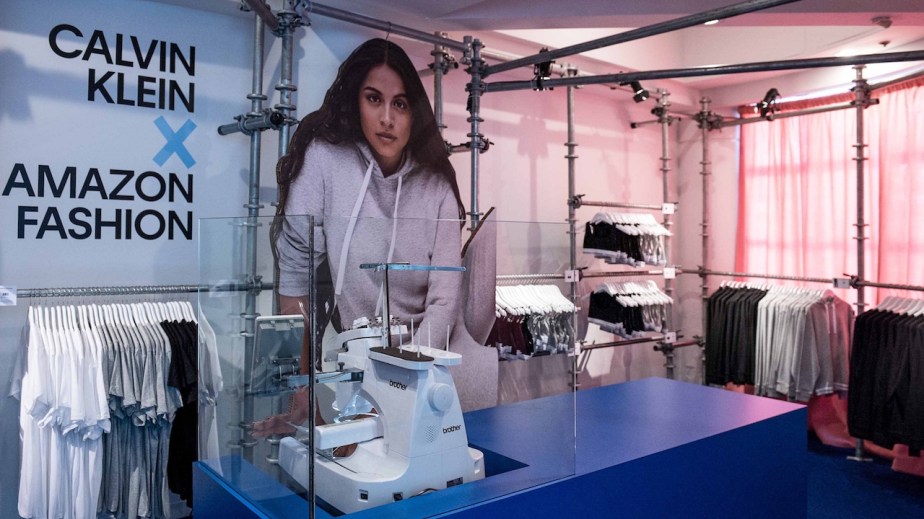 ‘Why do they even exist?’: What’s next for the Fifth Avenue flagship

This spring, Calvin Klein will shut down its Madison Avenue flagship store facing declining sales and low foot traffic. Gap is closing down its flagship store on Fifth Avenue next week, and Ralph Lauren closed its Fifth Avenue location in April. All around, it is a tough time to be a brand operating a massive flagship store in one of the most expensive real estate markets in the world.

This trend has been caused by a complex web of changes in the retail world and in consumer behavior. But even compared to the rest of retail, brand flagship stores in Manhattan seem to be struggling.

“There are two great pressures on retail: e-commerce and discount outlets,” said Howard Schneider, vp of loyalty strategy at loyalty marketing company Kobie. “Both hurt brand stores. Flagship stores in Manhattan are really more like tourist locations than drivers of core shopper traffic. That leaves them really vulnerable to changing trends in retail, and when people stop showing up, the brands suffer. People just don’t really go to those flagship stores for an everyday shopping trip.”

Recent internal shakeups, like the departure of creative director Raf Simons from Calvin Klein, are difficult to separate from overarching trends in retail — but even before Simons’ departure, the brand’s retail prospects were shaky. CEO Emanuel Chirico publicly expressed disappointment in the brand’s performance in the fourth quarter of 2018.

One possible reason for the collapse of the Calvin Klein’s flagship store in Manhattan is that it simply was not providing consumers with any sort of value they could not get elsewhere. This is especially necessary for an investment as large as a major flagship store, which can cost thousands of dollars per square foot per month, even with the reduced prices offered over the past few years. Calvin Klein reportedly paid $852 per square foot for its 18,000-square-foot flagship store. A reason so many have shut down is that they are simply too expensive to sustain without a strong purpose.

“The brand retailers that are successful are the ones that really transformed from thinking about these large flagship stores to building a more omnichannel brand experience,” said Bryan Finke, vp of communications strategies at advertising software company Yes Marketing. “They really need to think about creating a personalized, differentiated experience for the customer — otherwise, why do they even exist?”

Today, consumers can order nearly anything online and, with brands like Calvin Klein, their clothes are available through a number of other means outside of an owned store. (Calvin Klein is sold at retailers like Nordstrom or e-commerce platforms like Matches Fashion.) This means that the flagships must offer a testament to why they should exist.

For Schneider, a good example of this is Converse’s Blank Canvas customization shop, opened in 2016.

“That’s a great example of store with a purpose,” Schneider said. “The purpose isn’t mission shopping, its the new experiences and the customization. I think that’s what brick-and-mortar is moving toward. The new flagship store is more of a place where you can experience new things and showroom rather than shop.”

Fifth Avenue is not a total wasteland for brands: Chanel and Nike, two brands at the top of their respective games, just opened massive flagship stores. The Nike flagship on Fifth Avenue was built from the ground-up to be used in conjunction with the Nike mobile app. The massive store also has a focus on experiences that are meant to give people a reason to enter it beyond just making a transaction.

The Chanel store also makes a case for its own existence, thanks to the brand’s infamous resistance to selling online. For customers who want to buy Chanel, one of the only options available is to shop in-store.

Ultimately, brands need to be able to differentiate their flagship stores from the myriad other channels through which consumers can shop today.As retail in Fifth Avenue has suffered, brands are less inclined to spend millions of dollars renting massive properties that are not bringing in traffic or revenue. If these brands do want to continue making Fifth Avenue their home, they will have to rethink what purposes those stores are serving.

“I think unless a brick and mortar store finds a way to differentiate itself, they’re going to struggle,” said Schneider. “And the differentiation no longer comes from product, so it has to come from elsewhere.”