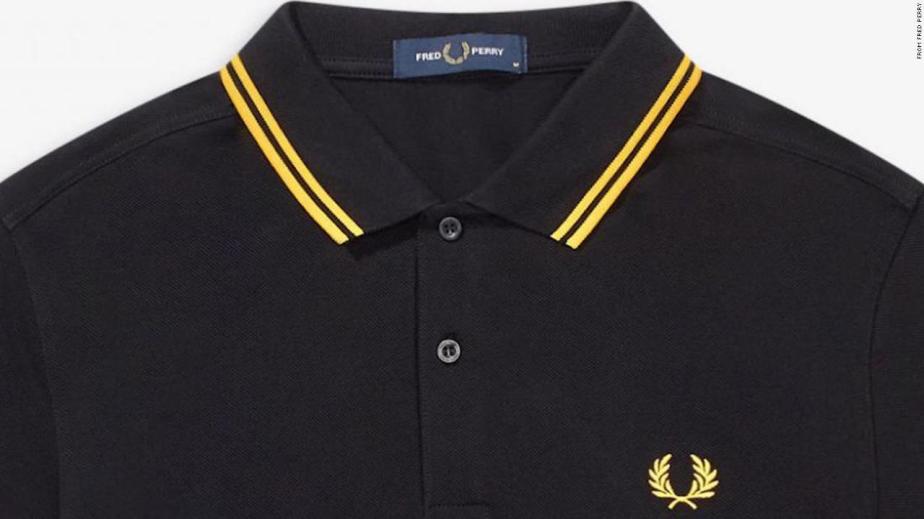 Last week, British brand Fred Perry was forced to issue an unusual statement on its site and social channels. The brand denounced white supremacy and racism, and promised that those ideas had no place among Fred Perry’s values. But it wasn’t in response to an insensitive ad or gaffe the brand made; instead, it was rejecting an association completely out of the brand’s hands.

The Proud Boys, a U.S. right-wing group, had made the Fred Perry polo with its gold and black laurel design an unofficial uniform for its members, most notably when dozens of their members wore matching shirts to a rally in Portland last week. The brand denounced any usage of its designs by the Proud Boys and pleaded with customers that if they “see any Proud Boys materials or products featuring our Laurel Wreath or any Black/Yellow/Yellow related items, they have absolutely nothing to do with us.“

Groups like the Proud Boys have a long history of co-opting fashion brands and aesthetics to appeal to potential new members, and that aesthetic has been moving further toward high-fashion. (The polo sells for $90 at Bloomingdale’s.) For the brands who these groups latch onto, the association can be hard to shake.

Fred Perry took an extremely aggressive approach to combating its Proud Boys popularity. On Sept. 29, the brand pulled the polo shirt in question from distribution in the U.S. and Canada, the brand said in the statement. It also put out multiple public statements on social media, on its website and in the press denouncing the group.

“Despite its lineage, we have seen that the Black/Yellow/Yellow twin tipped shirt is taking on a new and very different meaning in North America as a result of its association with the Proud Boys. That association is something we must do our best to end,” the brand said in a statement.

This isn’t the first time a brand has found itself in this situation. Dr. Martens, whose boots have been a staple in British and American fashion for decades, has long been dogged by associations with Neo-Nazi groups and skinheads, who adopted the Doc Martens boot as part of their aesthetic in the 1980s. That association has followed the brand ever since. In 2017, the brand was criticized widely for a billboard showing a black boot with red laces, a color combination that is often worn by skinhead groups, with the red laces specifically denoting that one has “spilled blood” for the cause.

British brand called Lonsdale also gained the association when Neo-Nazi groups realized that a half-zipped jacket over a Lonsdale logo shirt perfectly covered parts of the word, leaving only the letters NSDA visible. That’s close to German name for the Nazi Party, National Sozialistische Deutsche Arbeiter Partei (NSDAP). The association became so strong that the brand was briefly banned from a German retailer called Quelle over the association in 2006.

In 2017, the Daily Stormer, a white supremacist publication, declared New Balance “the official shoes of white people,” after Matt LeBretton, the brand’s vp of public affairs, said that Donald Trump’s trade policies would be good for business. The publication praised New Balance and urged other white supremacists to adopt the brand, something that New Balance swiftly tried to end with a public statement rejecting any such endorsement.

Howard Graves, a senior analyst at the Southern Poverty Law Center, which tracks the movements and tactics of hate groups across the country, said that the last few decades have seen racist groups undergoing an aesthetic evolution as they seek to recruit more impressionable young white men to their movements.

Graves pointed to a post on the Daily Stormer that lays out much of the alt-right’s recruitment strategy for targeting white men aged 10 to 30. It includes guidelines for how to dress in an approachable way that includes styles made by brands like Fred Perry and New Balance.

“It’s tough to put a real number to how aesthetics play into recruitment,” Graves said. “They don’t share their membership rosters with us, obviously. But in around 2018, there was a massive internal debate among these groups, that they dubbed the ‘Optics Wars,’ about how they should present themselves. For a long time, groups like the Traditionalist Workers Party and the League of the South had this militaristic, black, tactical look that was very scary. But groups like Identity Evropa dress very cleanly and have a completely different aesthetic that’s more clean-cut and approachable.”

These associations have an obvious negative effect, and the affected brands are understandably extremely touchy about any association with far-right racist groups. When contacted for this story Dr. Martens declined to comment and Fred Perry and Lonsdale did not respond to requests for comment. But there is something to be learned from how these brands reacted to the associations.

Lonsdale has run multiple ad campaigns promoting diversity since the mid-2000s, including one that ran in Europe in the early 2006 called “Lonsdale Loves All Colours.” It also sponsored charitable campaigns for protecting the rights of immigrants and the LGBTQ community over the last decade. Today, the brand has largely shed this association as white supremacist groups lost interest.

Dr. Martens, on the other hand, has been less explicitly vocal about downplaying those groups, opting to not call overt attention to those associations. The company offered no statement on the billboard incident. In 2015, it was criticized by a warehouse worker in Portland and subsequently on social media over a leaflet it released that referred to the shoes’ popularity among skinheads. At the time, it offered only a terse, two-sentence statement to the press apologizing for “causing any offense.”

Dr. Martens strategy is more about positive affirmation of its values, rather than repudiating racist groups. The brand posted several statements on its site and social media channels earlier this year in support of the Black Lives Matter movement and pledged over $100,000 in donations to organizations for racial justice. Sales are strong for the brand, growing nearly 50% this year to $877 million, though it is still listed in the SPLC’s glossary of racist symbols and signifiers.

Brands can never truly control exactly who buys and wears their clothes or what associations they gain. (Graves said he has seen reports of Proud Boy members buying up bulk orders of the Fred Perry polo before they were pulled to distribute to other members.) But at the very least, they can make their own positions clear.

“The furthest reaches of it are out of the brands’ hands,” Graves said. “If the Proud Boys want to keep saying they love Fred Perry and wearing Fred Perry, they’re going to keep doing it. They’re relentless. But I tend to think that an open refutation of groups that are coopting your brand for fascism is the least you can do and heartening when I see it.”