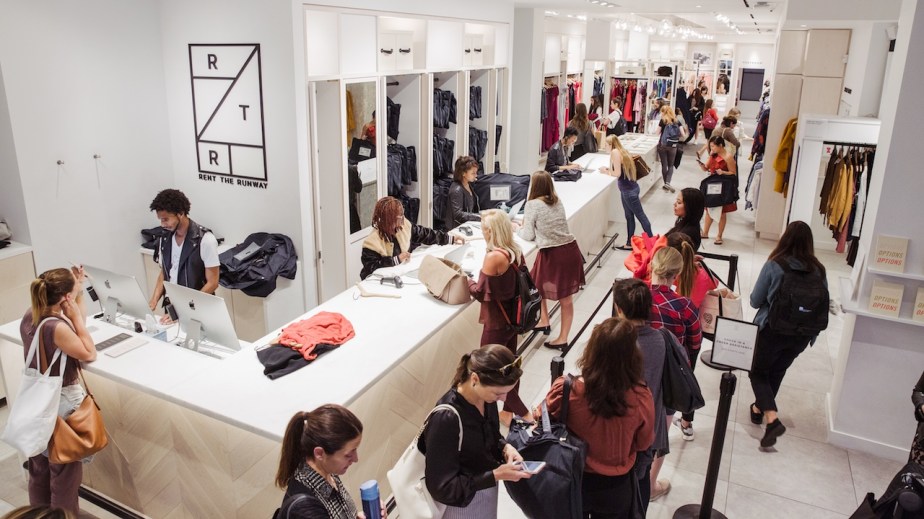 What to expect from fashion rental in 2023

2022 was an up-and-down year for fashion rental. Dedicated platforms, brands, retailers and even media groups offering rental have been riding a post-pandemic wave of parties, weddings and nights out, cashing in on the sector predicted to be worth over $2 billion by 2025.

Throughout the year, new rental offerings were introduced by brands across the price spectrum. On the U.K. high street, H&M, Marks and Spencer and John Lewis launched rental offerings. And on the luxury end of the market, MatchesFashion Rental launched in November. In the U.S., Modern Luxury Media, the group behind publications including Jezebel and Hamptons Magazine, launched ModLuxRent in October 2022. The rental platform’s styles are curated by its magazine editors. Selfridges, which joined the rental market in May 2021, recently shared that it had rented 2,000 pieces in the year since its launch.

But fashion rental services haven’t all been success stories. U.K. rental platform Onloan and U.S.-based Seasons both shuttered in February 2022, while both Ann Taylor’s Infinite Style and Banana Republic’s Style Passport rental services have disappeared. After a disappointing IPO in October 2021, Rent the Runway (RTR) laid off 24% of its corporate employees in 2022 as part of a restructuring plan intended to help the business reach profitability. RTR’s stocks had fallen by almost 90% before things started to look up in December, following strong third-quarter sales.

Overall, the fashion industry is experiencing turbulence. Looking ahead to 2023, ongoing economic uncertainty, inflation, the climate crisis and low consumer confidence are set to be threats. According to the Business of Fashion’s 2023 State of Fashion report, more than half of surveyed fashion executives expect conditions to worsen for the industry in the coming year. While this should concern traditional brands and retailers, rental platforms could be in a position of strength.

“Consumer sentiment is poor at the moment,” said Eshita Kabra-Davies, founder of By Rotation, a peer-to-peer fashion rental platform in the U.K. “There is going to be a period of recalibration and reflection on how much people want to spend when they dress up. But long-term, the recession will make rental something people choose more commonly.”

Kabra-Davies said By Rotation, which leases brands including 16arlington, Prada, The Vampire’s Wife and Ganni, has grown its customer base by nine times in the last year, to 300,000 registered users.

The platform’s success partly lies in its community. According to Kabra-Davies, some “star Rotators” have made £20,000 ($24,105) a year by leasing their clothes. “Women are becoming friends with each other, saving up for their fertility journeys or quitting their jobs after struggling to afford childcare,” she said, regarding renter success stories.

For rental platforms, expanding into resale has also been a popular move — one that By Rotation, Hurr Collective and Rotaro all made in 2022. “We had a lot of renters saying they loved renting a dress so much, they wanted to buy it,” said Kabra-Davies. “The items people are purchasing at resale are very different from the items they’re renting, which [shows] the [offerings] satisfy different needs.”

Compared to the bright, trendy party looks commonly rented, resale items being purchased tend to be timeless investments that users have been able to “try before they buy,” she said.

Reflecting on the increasingly saturated rental market, Kabra-Davies predicted that it will be the more streamlined businesses that will prove to be recession-proof in 2023. For its part, By Rotation doesn’t have warehouses or hold inventory, and it has a small team of just seven employees. “Many other startups in this space have more than 30 employees, plus it’s a tough fundraising environment,” she said. “Having a lean business model where you’re focusing on one thing, while not spending too much on it, is going to be key to survival.” Indeed, Seasons and Onloan both cited warehousing and logistics issues as key reasons for shuttering in 2022.

While dedicated rental companies see it as the future of clothing consumption, others are experimenting with the format to meet ambitious sustainability commitments. For Selfridges, rental is part of a much bigger circularity strategy that includes resale, skin-care and beauty refills, and clothing repairs.

Renting clothing can scratch consumers’ shopping itch at a fraction of the cost, making it an especially attractive offering in 2023. On Rent the Runway, a $1,000 JW Anderson bag can be rented for $47 a day. In a 2022 survey, the company found that 89% of users reported buying fewer clothes since subscribing, indicating the capacity for rental platforms to change consumption habits of users.

The State of Fashion report found that 74% of US shoppers traded down to less expensive options when shopping in 2022, undoubtedly fuelling the rapid growth of fast fashion giants like Shein, which was valued at $100 billion this year.

Converting fast-fashion shoppers into renters requires education about the potential environmental benefits of renting versus buying cheaper clothing. In 2021, Finnish scholars released a report in Environmental Research Letters stating that rental has a higher global warming impact than other sustainable options like resale, extended use and recycling. The report focused on the emissions from transport and dry cleaning, which are pain points for fashion rental companies. The fact remains that too little data-backed, independent research has been done to back up the sustainability claims many rental platforms make.

If Rent the Runway’s encouraging third-quarter revenue boost is anything to go by, the wider rental market is well-positioned heading into 2023. Consumers are more aware and comfortable with the proposition than ever before, allowing rental companies to present themselves as a cost-effective, community-led and ethical alternative to shopping. Furthermore, rental companies with lean operations could continue to attract investment, despite the increasingly tough funding landscape.