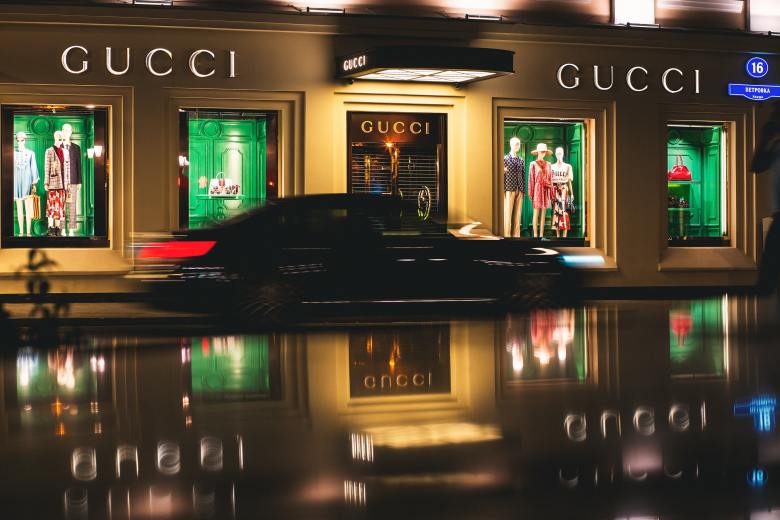 Happy holidays, Glossy readers. The big news last week was that Alessandro Michele, creative director at Gucci, is leaving the brand after seven years. Below, I take a look at his impact on the brand and the industry, Balenciaga’s doomed campaign, Black Friday’s state of transition and Macy’s virtual Thanksgiving Parade. Don’t forget to subscribe to the Glossy Podcast for interviews with fashion industry leaders and Week in Review episodes, plus the Glossy Beauty Podcast for interviews from the beauty industry. –Zofia Zwieglinska, international fashion reporter

Alessandro Michele’s impact on Gucci and the overall fashion industry has been huge. In 2021 alone, Gucci was responsible for the majority of Kering Group’s profits, driving 10 billion euros in revenue. Since joining the brand as an accessories designer in 2002, Michele has been instrumental in creating its defined retro aesthetic, creating pivotal runway shows and widening Gucci’s reach into the metaverse and immersive retail locations.

However, as reported in the New York Times, the brand is suffering from aesthetic fatigue in the eyes of its customers, and Kering CEO François-Henri Pinault has a history of overhauling creative directors when brands have underperforming. That includes Tom Ford and Frida Giannini at Gucci and, most recently, Daniel Lee at Bottega Veneta. Nicolas Ghesquière, the ex-creative director of Balenciaga, spoke out against Kering on his Instagram Stories on Thursday. Ghesquière was sued by Kering in 2013 after his exit for breach of contract.

Fashion’s most illustrious brands tend to switch creative directors regularly — similarly to football (soccer) team managers, who are currently watching over their players in the World Cup in Qatar. In some ways, continuity is not possible, considering the perpetual need to inject new blood and attention into houses owned by luxury conglomerates to keep up profits.

For Raf Simons, who announced he will be closing his namesake brand on November 22 after 27 years, a designer owned brand allows for such continuity and, by extension, a more graceful and perhaps more natural ending to a career.

Internet sleuths also discovered that one of the campaign’s still shots showing a Balenciaga bag on a desk featured a document from the court case Ashcroft vs. Free Speech Coalition, which ruled in favor of virtual child pornography. Following the outcry, Balenciaga posted a statement on its Instagram Stories saying, “We apologize for displaying unsettling documents in our campaign. We take this matter very seriously and are taking legal action against the parties responsible for creating the set and including unapproved items for our spring ’23 campaign photoshoot. We strongly condemn abuse of children in any form. We stand for children safety and well-being.”

Gabriele Galimbreti, the photographer who took the images of the girls, is known for photos of subjects and their possession collections. He also posted an Instagram response, saying that he was not responsible for the content in either of the images. This controversy follows the severing of ties between the brand and its longtime brand partner Kanye West last month, after West’s series of antisemitic rants and hate speech following his runway show last month.

Fashion has a long tradition of insensitive and offensive campaigns. For example, in 2018, Dolce & Gabbana posted offensive videos featuring a Chinese model eating a cannoli and other Italian foods with chopsticks before a planned runway show in Shanghai. Balenciaga’s controversy could have a negative impact on parent company Kering, as well. At this time, Kering has not released a statement.

For a bit of lighthearted brevity: Macy’s threw a virtual parade

Macy’s Thanksgiving Day Parade and its famous balloons have attracted attention from around the world, and this year, the event launched in web3 for the first time. Viewers are able to walk and jump on the balloons, as well as vote for the best NFT in an NFT gallery. The winning NFT will inspire a balloon that will be featured in next year’s parade. Indeed, New Yorkers could see a gmoney NFT head floating down the street next year.