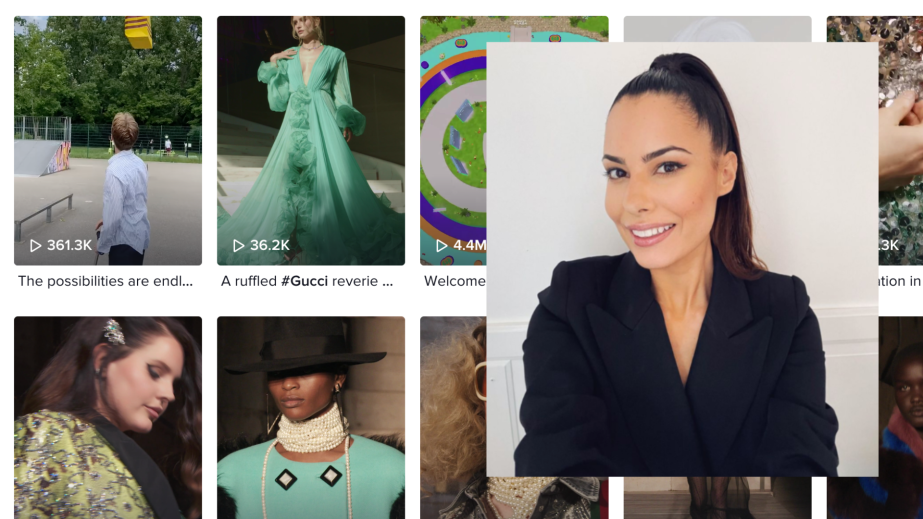 Since landing at TikTok from advertising at the Financial Times two years ago, Kristina Karassoulis, head of luxury partnerships, has seen the way brands have changed their approach to the platform. Namely, they’re now adding value by digging into entertainment to connect with the consumer. Luxury fashion companies like Gucci and Burberry are winning the TikTok game by thinking outside of the box with partnerships with creators like trainspotter Francis Bourgeois, otherwise known as Luke Nicholson (2.6 million followers), and comedy accounts such as Sylvanian Drama, created by Thea von Engelbrechten (1.9 million followers).

Ahead, Karassoulis breaks down what works when creating native brand campaigns and why partnering with creators outside of fashion is a winning TikTok formula.

What has changed about how TikTok is perceived?
“Everyone has always thought our platform was for Gen Z and millennials. But actually, it’s [about] a mindset. We’re finding that 67% of our audience is over the age of 25. With luxury brands, in particular, it is about this commitment to unfiltered storytelling and [tapping into] the convergence of high and low culture.”

What are some of the best examples of campaigns from luxury brands?
“The first two brands that really came into the TikTok fashion space well were Gucci and Burberry. We had Gucci with its hashtag #accidentalinfluencer campaign (2.6 million views), then we had Burberry. Burberry saw the success of what TikTok did for their monogram campaign and opened it up to a new audience. For the past two years, we’ve been working with them. Last year, we launched this branded Burberry effect, which is a monochrome tool, where you use branded AR technology filter to draw using your finger. It ended up getting 3.7 billion views and over 700,000 people used this filter alone.”

How can luxury fashion brands create a successful campaign on TikTok?
“You need to start thinking outside the box, because we are a content platform, not a social platform. Your luxury buyer may not always necessarily be interested in hearing about fashion. That’s why special things like Francis, the trainspotter in the Gucci collaboration, do so well What was really interesting about the Gucci collaboration is that, once we launched the livestream, even with Rihanna and all these [other] celebrities, the only request in the comments was, ‘Where is Francis?’ Francis, or the Sylvanian drama collaboration with Burberry (20k views), is the epitome of what TikTok is. It’s important for luxury brands to branch out because it opens them up to a whole other audience. Even for Burberry, that Lola bag was such a monumental moment. Viewers wanted to buy a Lola because they saw the Burberry bag featured on an account that might not have necessarily seen branded content before.

There are brands that still do well just playing into fashion. Christian Dior has always been a brand that’s pushed back… They had Cara Delevingne mispronouncing how to say Dior Joaillerie. They’ve played into ASMR. Farfetch has recently come on the platform (9,000 followers) — [and now] it’s about how e-retailers stand out in the luxury space. They had this video series on how you could recreate the looks [of celebrities], from Lenny Kravitz (1.7 million views) to Heath Ledger. It’s staying true to who they are as an e-retailer, but trying to build into the nostalgia that is so prevalent on the platform, as well.”

What are some of the challenges that luxury companies face on TikTok?
“Luxury brands are known for their aesthetics, so how do you let go? It’s not like we’re saying, ‘Change who you are as a brand.’ We’re saying, ‘Change the way that you tell the story.’ Ultimately, you can still be Gucci, Calvin Klein or Burberry. You just have to tell the story in a way that feels participatory, native and that it’s adding value to that consumer… [These companies] have to start thinking outside the box, because now, it’s an open playing field.

You’re competing with challenger brands and high fashion brands that are coming in. Recently, [we did] a campaign with Calvin Klein (134,000 views). When we think about how that worked as a challenge in itself, Calvin Klein is the brand that every model wants to model for. Once you’re a Calvin Klein model, you’ve hit the jackpot. They launched a challenge called #onlyinmycalvins, and that got 20 billion views in two weeks in the global market. It was a really simple idea: a great sound that intro’ed into this behind-the-scenes moment, transporting the viewer into the iconic Calvin Klein black-and-white [background] with a filter. It inspired a whole [new] generation of people to go out there and say, ‘I can be a Calvin Klein model, too!’ and celebrate with their underwear or their T-shirts.”