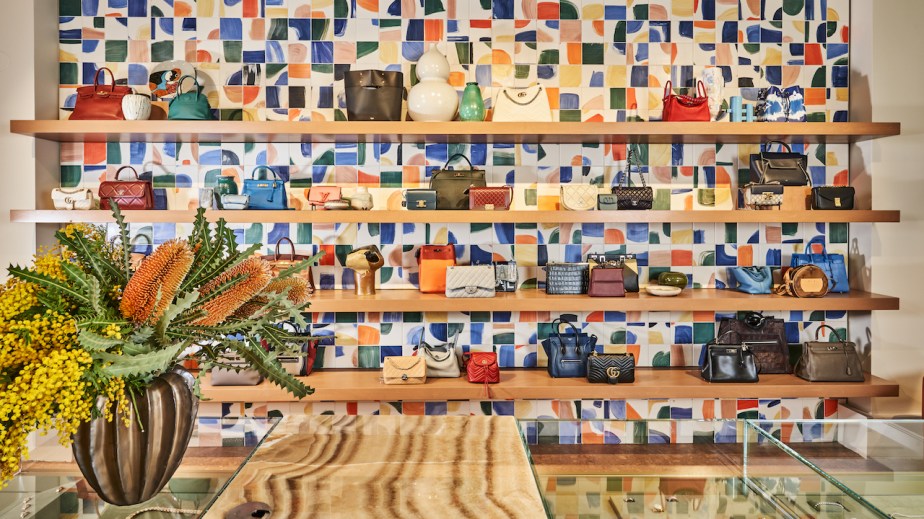 ‘Our competitive advantage’: The RealReal expands its physical footprint with new Brooklyn store

On Tuesday, resale platform The RealReal opened a 2,500-square-foot brick-and-mortar store in Cobble Hill, Brooklyn. The location is what the company calls a “core store,” meaning that it’s smaller and focused on one category. Comparatively, its 5 flagship stores are larger and carry a broad array of product.

Currently, The RealReal’s has 12 physical locations, and as many as eight more are planned to open this year, said Courtney Hawkins, vp of retail at The RealReal. Physical retail set the company apart from the other resale platforms, she said.

An entire section of the Cobble Hill store is dedicated to vintage pieces, and it also carries categories including fine jewelry and watches. This is the company’s second core store, following the Palo Alto store that opened in November and focuses on menswear and men’s bags. Hawkins said the central theme and location of each core store are determined by the retail team, the merchandising team and the data team. They zero in on areas where there are a lot of customers with an interest in one particular category. Vintage is a popular category on The RealReal for customers throughout Brooklyn, said Hawkins.

“We want each store to feel singular and like it fits into the community it’s in,” Hawkins said. “We do that through both the product and the store itself. At the new store, we have some original art — an amazing tiled piece done by a local Brooklyn artist. The store is a bit trendier and quirkier, while the SoHo store, for example, has a more classic and traditional feel, both in terms of the featured product and the store’s design.”

The store’s appeal is also meant to come from the services it provides, including two luxury consignment offices where customers can get free valuations on handbags, jewelry and watches. The use of The RealReal’s retail stores and LCOs has been growing in popularity over the last year; according to the company, consigned products that came in through an LCO or a retail store grew by 51% year-over-year in November. The RealReal put two LCOs in the Brooklyn store so that two customers can get valuations at the same time.

There’s also evidence that the specialized core stores could drive more supply than the flagships. The Palo Alto store’s units shipped of consigned product in the first 10 days exceeded the Madison Avenue flagship store’s units shipped in its first 10 days. Hawkins declined to offer details on stores’ sell-through rates, but said that stores receive new product that is shipped in daily and that a store’s entire inventory can change over the course of a few weeks.

The increased interest in resale industry-wide and the success of the Palo Alto store suggest the company’s retail-focused efforts are on-track, according to the company.

“It seems counterintuitive that, in a year where people were largely stuck at home, demand for high-value bags skyrocketed,” said Sasha Skoda, The RealReal’s senior director of merchandising. “But shoppers turned to investment bags to add style to the most basic outings, which drove up value for sellers.”

Between April and August of 2020, investors poured more than $130 million in funding into different fashion resale companies. Hawkins said that, as the resale market grows more crowded, physical retail is a “competitive advantage” for The RealReal, since its closest competitors have a smaller physical presence.

Fashionphile has four stores, while Rebag has nine and Vestiaire Collective just opened its first in London in 2019. The RealReal currently has 12 stores, along with the eight more that are in the works.

Hawkins said the hope is that the stores will not only provide an extra value to existing customers, like in-person valuations and curbside drop-off, but they’ll also serve as a way to introduce the company to new customers. She said The RealReal’s team has created customer profiles for markets where it has stores, and has developed unique digital (through social and search ads) and out-of-home marketing strategies for each.

The strategy seems to be working. In November, The RealReal saw a 24% jump in new buyers from the year before. While overall GMV was down 3% year-over-year in November, the last month with data available, that was a significant improvement over the 33% loss the company saw in April. Physical retail has driven much of the company’s recovery since then.

“By expanding our brick-and-mortar footprint, we want to take some market share,” Hawkins said. “The fact that, even in a pandemic, the stores are doing as well as they are, is giving us the confidence to keep opening stores throughout the year. That’s how we can stand out.”