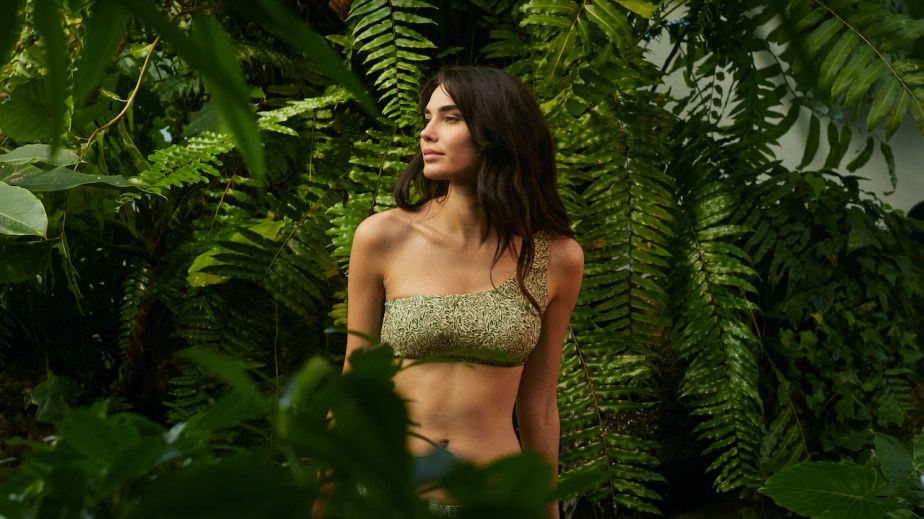 ‘Something for the backyard’: Why swimsuit sales are on the rise

Swimwear, like most clothing categories and many other non-essential sectors, took a dive in March amid strict lockdowns and general uncertainty. But as the country starts to reopen and the warm weather almost makes it feel like a normal summer, bathing suit sales, while still down from last year, are on the rise.

“You’d be hard-pressed to find a category that didn’t decline over the last few months, compared to last year. Swimwear units were down 26% for the months of March to May,” said Kristen Classi-Zummo, the director of marketing insights for apparel at the NPD Group. “Stores were closed, families canceled summer vacations.”

But by May, things were looking up from the early days of lockdown, according to Classi-Zummo. Sales of women’s bathing suit units were down just 9% in May, compared to last year.

Kids’ bathing suit sales were up 20% in May, year-over-year, while women’s swim separates showed less than a 9% single-digit decline for the month. This, she said, suggests that people are buying swimwear based on necessity. Children have outgrown their bathing suits, and women are replacing a top or a bottom instead of buying based on wanting a new look.

“Maybe people are not splurging on a new bathing suit, but they’re just getting something for the backyard,” she said. Data shows that sales of backyard pools are up a triple-digit percentage as consumers adjust to the reality of a summer at home.

Another bright spot has been online sales. When everything shut down in March and online was the only way to shop, DTC brands with strong e-commerce experience — and none of the bricks-and-mortar overhead — fared much better than traditional retail.

“We never had to close our doors because we have always been 100% online. For those of us who have always been e-commerce, it’s been a great season, after all,” said Melanie Travis, CEO of Andie Swim.

So far this season, Andie’s revenue is up around 40% from last year, while its customer acquisition costs are down by around 50%, said Travis.

“People got the shoppies while they were sheltering in place,” said Travis.

Lauren Arapage and Joshua Shaub, who founded online-only swimwear company Anemone in 2018, also said that e-commerce was a boon after the uncertainty of the first weeks of lockdown dissipated.

“In March, it was very unclear how this season and year would play out, but from April on, we have seen excellent results. Based on where we sit in the market, we’ve noticed that a lot of our customers are at home and are seeking something new for the season, whether they are traveling or not. Our e-commerce business may have actually grown as a result of the lockdown,” Arpage and Shaub said in an email.

The brand Solid & Striped, which has always had a robust online presence, said that March sales took a hit when spring breaks were canceled, but it’s seen an increase in sales as stay-at-home orders lift that offset the March dip. There have been more sales than usual due to excess inventory, the company said; consumers have seemed undaunted by the prospect of buying a final sale bathing suit without even the opportunity to try it on first.

Both Andie and Solid & Striped reported that, starting in March, they received more orders from Florida than ever before. According to Travis, although Florida is typically a huge market for swimwear, Andie is usually more popular in areas such as New York and California. But this spring, the brand saw a spike in sales in Florida, and now that New York and California are starting to open up, the sales have followed. Solid & Striped said that there have been more shipments to the Hamptons and Miami as people decamped to vacation homes earlier than in typical years.

Another factor in swimsuit sales has been the hope of future vacations, even if this year that means sitting in a bathing suit on the roof or in the backyard.

“In lieu of travel, people can still create their own aspirational summers by pairing a suit with an Aperol spritz for the ultimate staycation,” said Sarah Landsman, Solid & Striped CEO.