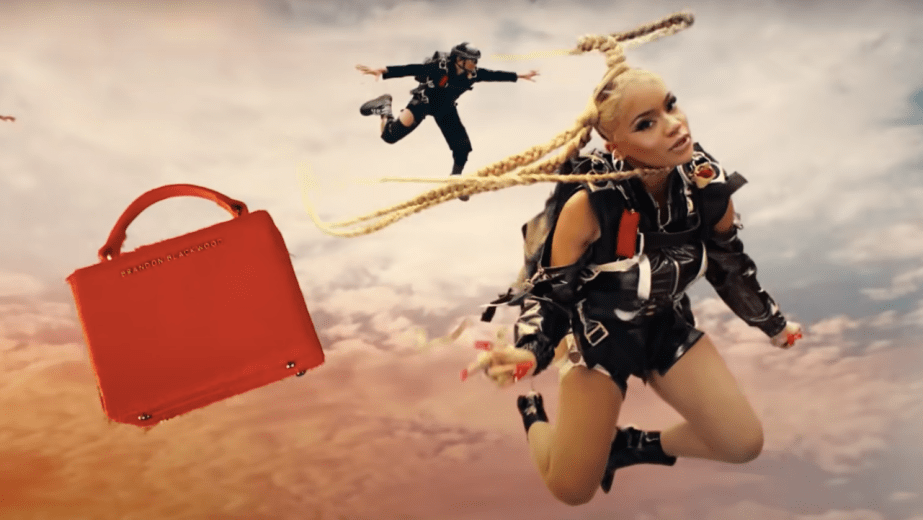 Cult handbag label Brandon Blackwood, Matte Swimwear and hair-care brand Mielle are among the brands showcased in the rapper’s new video “Fast Motion” released earlier this month. In August 2020, Pharrell and Jay-Z also highlighted Black-owned brands in the “Entrepreneur” music video, while Beyonce promoted a roundup of Black-owned brands when she released her song “Black Parade” for Juneteenth 2020.

“All the brands that I included in ‘Fast Motion’ I felt a personal connection to,” said Saweetie via email. “Matte Collection, Mielle Organics and Brandon Blackwood all make something I could see myself in.”

Celebrity mentions are crucial in spurring a brand’s growth. New York-based Brandon Blackwood, whose handbag is featured prominently in the Saweetie video, said his brand saw a surge in mentions after Kim Kardashian posted an Instagram photo with his brand’s “End Systemic Racism” handbag in October.

“When it comes to the history of fashion marketing, celebrities have been a very vital tool in showcasing your brand, launching collections and giving the brand some validity,” said Blackwood. Founded in 2015, his brand has produced 80,000 bags year-to-date, and sales in the first quarter of 2021 have been four times higher than in all of 2020. This whirlwind of success means scaling the brand has involved “running around, freaking out, taking a second to cry,” he said. “It’s really stressful, but also such a beautiful thing.”

While Blackwood’s bags had already been a hit with celebrities, Saweetie’s video was the first major mainstream music video that has prominently featured the brand. “It shows that our audience is strong and connected to figures in pop culture,” he said.

Paola Fernandez, founder and CEO of High Hemp, also saw her brand featured in Saweetie’s video. “It’s always great to see our product being featured in videos that have major reach. Warner Brothers reached out to us, and we jumped on the idea as soon as we could.”

Blackwood said he found out Saweetie was a fan when the brand was doing celebrity outreach for its latest campaign. “We were talking to a lot of different people’s managers, and we found out that Saweetie knew of the brand and liked the brand, and we loved her. So it made make complete sense to do something together.”

“Many times, Black folks don’t get all the recognition they deserve for the things they do. So many of us are out there hustling and grinding to build for ourselves, but that work doesn’t always equate to the same successes that others get,” said Saweetie. “I just wanted to give those I saw really making something for themselves a chance to shine.”

The influence of hip-hop stars to drive fashion sales has been shown by large conglomerate-owned luxury brands, which have increasingly embraced hip hop over the years but were slow to do so for decades. “You can tell that fashion itself, especially high fashion, is very receptive now and wants to celebrate [hip-hop culture],” said Blackwood. “It’s really cool to see.” Most recently, Cardi B became the face of Balenciaga in September 2020. Fendi, Versace, Gucci and Dior are among the other luxury brands that have launched collabs with hip-hop artists in recent years.

Fashion labels have symbiotic relationships with the hip-hop stars they work with, earning cachet from the star’s style. “Fashion and music really go hand-in-hand. We need each other to grow,” said Blackwood.

When it comes to support for Black-owned brands, “I think there’s always been a level of all of us supporting each other, but there’s still an opportunity to do more,” said Saweetie. “I want it to be more than a trend — I want it to be automatic for current and younger artists to bring their communities with them when they rise to the top.”