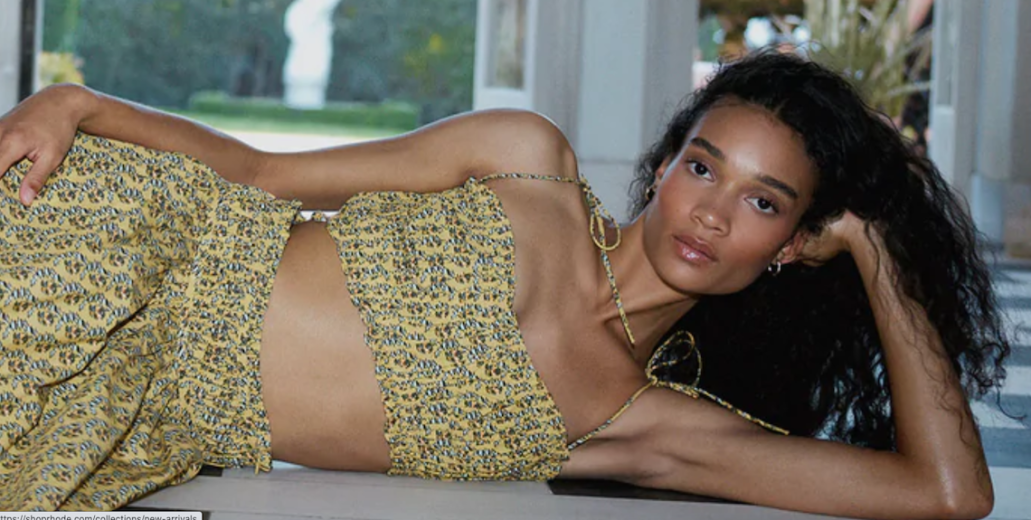 Rhode has a clear-cut trademark infringement case against Hailey Bieber, but faces an uphill battle

On June 17, Hailey Bieber debuted her skin-care brand, Rhode. Bieber first began teasing the launch of the brand, whose name is taken from her own middle name, last year.

But another Rhode already exists: A high-end women’s apparel brand founded by Purna Khatau and Phoebe Vickers has been using the name Rhode since 2014. On Tuesday afternoon, the apparel brand Rhode and its co-founders filed a lawsuit against the skin-care line Rhode for trademark infringement.

According to Lisa Simpson, legal counsel to fashion brand Rhode, Bieber’s alleged infringement of Rhode’s trademark was intentional and knowing. Simpson said Bieber attempted to buy the Rhode trademark from Vickers and Khatau four years ago, but the two declined.

The lawsuit aims to block the use of the Rhode trademark by Bieber and was filed in New York.

Despite its much-longer existence, Vickers and Khatau described their brand as still young and growing, without the resources and money behind it that a celebrity brand like Bieber’s has.

“Unfortunately, that Hailey is currently focusing on skin care while we focus on fashion has not prevented brand confusion, and it won’t in the future,” Khatau said. “We’re both parts of a larger beauty market in which fashion and cosmetics closely overlap and often collaborate. Hailey has stated that she wants to pursue a clothing line, and she even applied for “Rhode” as a trademark for clothing. We welcome competition; we just don’t want competitors using our name.”

Rhode apparel is sold at retailers that also sell skin care, like Net-a-Porter and Bergdorf Goodman, increasing the potential for confusion. Rhode skin care is currently only sold direct on the company’s website. Rhode skin care did not respond to request for comment.

The industry is no stranger to conflicts like this. A company going by the name Supreme Italia somewhat infamously sold obvious knockoffs of the streetwear brand Supreme for years by abusing legal loopholes in the international trademark lawsuit. Another celebrity skin-care brand, SKKN by Kim, is currently going through a similar lawsuit after it was sued by the similarly-named skin-care brand SKKN+ in December 2021.

But brands, especially celebrity brands in their early days, can survive a name change if need be. Kim Kardashian’s own Skims was once called Kimono, but changed early on to avoid accusations of cultural appropriation.

Rania Sedhom, founder of Sedhom Law Group, who has represented brands across fashion and beauty, said that, in many ways, the case is clear-cut.

“Rhode, the skin-care brand, doesn’t really have a good defense,” Sedhom said. “The apparel brand has been around for almost a decade. The name is exactly the same. If you go to the website, the first thing you see is Hailey Bieber wearing a camisole with ‘Rhode’ printed on it, so it’s causing confusion whether it’s clothing or skin care because often companies start in one category and start selling in another.”

Potential confusion is the most important factor in a case like this, Sedhom said. She cited a company she had once represented in the food and beverage space that happened to share its name with another company that designed artificial intelligence technology. There was no room for confusion for the two companies since they operated in wildly different spheres, so they were able to coexist peacefully.

The fact that Bieber once tried to buy the name from Vickers and Khatau also demonstrates that she thinks the name has value, which helps the plaintiffs’ case that Bieber’s brand is detracting from their business.

But Sedhom said the apparel brand still faces an uphill battle due to its relative size and the resources of the two companies.

“In terms of dollars and cents, it’s likely that Rhode the skin-care brand has a lot more money than the apparel brand, and it’s got a famous celebrity behind it,” Sedhom said. “Often in those cases, no matter who’s in the right, the giant wins. But it’s also good to remember the story of David and Goliath.”

“​​It’s an unfortunate circumstance,” Simpson said. “We, of course, understand that Hailey wants to use her middle name for her brand, but the law on this is clear. You can’t create this kind of brand confusion just because you want to use your name. What Ms. Bieber is doing is harming a minority co-owned business that two women have painstakingly built into a growing, global brand.”