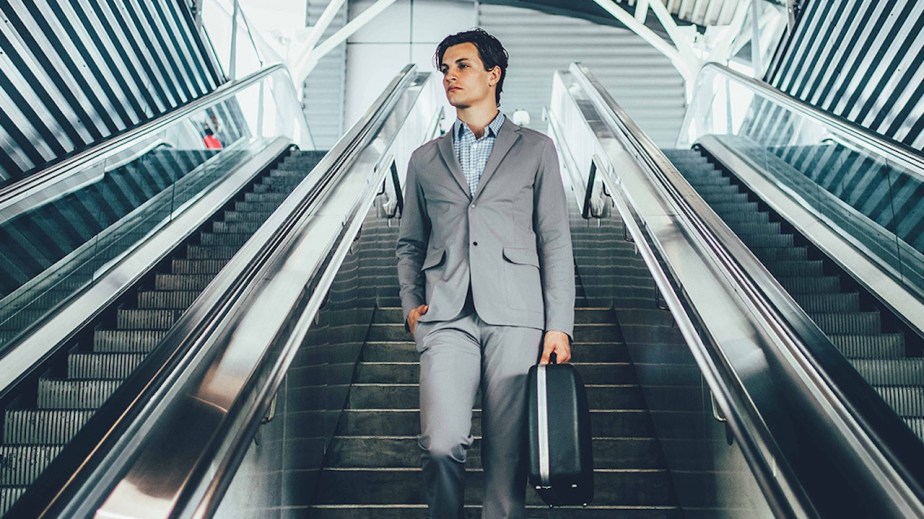 Plan B: How Ministry Supply overcame a stage of overpromising and underdelivering

When Aman Advani and Gihan Amarasiriwardena launched the Kickstarter for their brand Ministry of Supply in 2012, they set a modest goal of raising $30,000, while quietly, optimistically hoping they might break $40,000, selling upward of 300 of their $95 Apollo shirts. The final number once the campaign was over was nearly $430,000.

Rather than a good thing, the team found the unexpected buy-in into the brand made for a logistical nightmare. None of the infrastructure or supply chain it had set up were equipped to fulfill the amount of orders, and they knew they’d lose the massive audience they’d built in the process if they dropped the ball. The company managed to turn things around and deliver without too much delay, but their experience serves as a cautionary tale for brands that overpromise, knowingly or not.

“We had to start from scratch, basically,” Advani said. “To [deliver] the stuff we promised, we had to rebuild our entire process, and it had to be better and larger than it was before, and it had to be done as fast as possible.”

Before the Kickstarter campaign went live, Advani said the supply chain the company had set up was a one-man shop in New York City that agreed to produce its first product — a shirt — promising around 150 shirts per month. But the company saw 8,000 initial orders, which would have taken nearly four-and-a-half years to get through. Luckily, a mentor of Advani’s who worked at Patagonia put him in touch with one of its factories, BlueWave, owned by the Singaporean manufacturer Singtex, which took on production.

“Even for a massive company, getting a new factory up and running could take a year or two,” Advani said. “Today, it takes us about six months. We had to get our first production run rolling in days. We were showing up to factories with physical product in hand and asking them to make samples right then and there, because we didn’t have time to wait.”

The initial campaign ended in July with a promised delivery date of November. Ministry of Supply got their factory set up by August and managed to deliver by December and into January.

But other complications arose from the founders’ inexperience and the tightened timeline. They had prototyped their shirts — which had a selling point of innovative “phase-change” fabric that alternates between heating and cooling the wearer — in blue and white. But the company also received several thousand orders for the shirt in black, which they had listed as an option but had not made a sample of. The founders found out from the mill that the phase-change material was impossible to create in dark colors, including black. They ended up reworking the fabric technology a bit to produce a dark grey option that was close, but not what people had originally ordered.

While the brand was in a relatively unique situation due to being crowdfunded, companies across fashion have had struggles with delays, logistical issues and overpromising what they can deliver. Rent the Runway infamously had to stop operations for a period of a week in early October because of warehouse issues that led to thousands of cancelled orders, delayed deliveries and the resignation of their head of supply chain.

For Advani, the most important lesson was that people in general will be forgiving of these issues so long as there is complete transparency about what is happening and when they can expect a solution.

Advani said that in addition to working 14-hour days and seven-day weeks to get production back on schedule, the founders also spent a significant amount of time updating customers, sometimes multiple times a day, on exactly what was happening behind the scenes. The team posted interactive maps on their Kickstarter updates page to show exactly where customers’ orders were, detailing what stage of production they were in and answering all questions submitted through email, social media, phone or the Kickstarter comments section until every order was fulfilled. For the people who had to wait the longest, Advani stuck a few $10 bills into their deliveries as a makeshift gift card, thanking them for being patient.

Transparency is key to avoiding ill will from issues like this. When logistical issues first started to show up for Rent the Runway over the summer, CEO Jennifer Hyman hosted a Twitter chat to answer all customer questions directly. These tactics are vital not just to avoid the bad press that a failed product launch can bring, but also to build good will and loyalty among consumers who could remain customers for years to come.

“I can’t say mathematically how many, but I see a lot of people who were early backers and are still customers today,” Advani said. “As long as you’re open and honest, people will be patient. That’s what garnered loyalty from them, not necessarily just the shirt.”