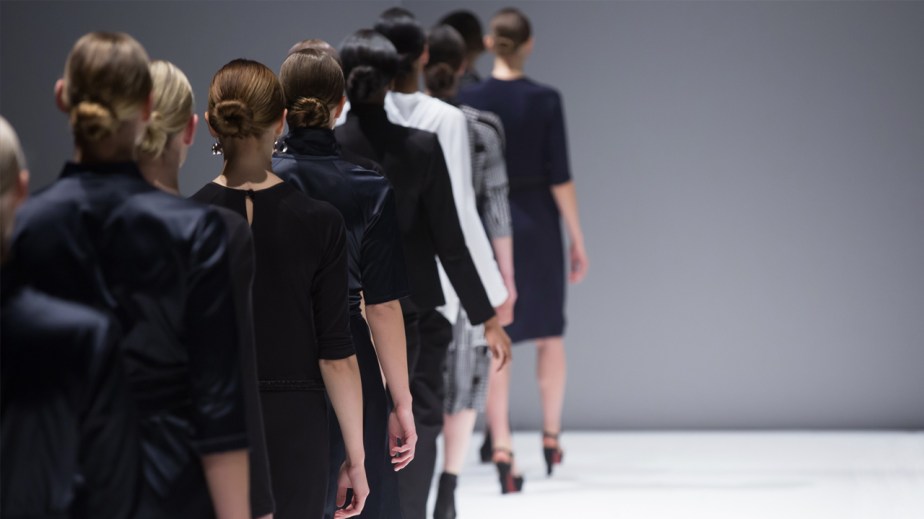 Op-ed: Inside Thierry Mugler’s lasting impact on fashion and beauty

Just a week after the passing of André Leon Talley, the fashion world has suffered another loss. Thierry Mugler, the designer responsible for Kim Kardashian’s curve-hugging 2019 Met Gala “wet dress,” died on Sunday in France at the age of 73.

That sculpted dress – famously “dripping” with crystals and paired with Kardashian’s long, wet-look locks – was just one of Mugler’s many striking, innovative ensembles. Born in France in 1948, Mugler trained in ballet starting at the age of 14, then studied interior design at the Strasbourg School of Decorative Arts. As a young man, Mugler began designing for the Paris boutique Gudule, as well as fashion houses in Paris, Milan, London and Barcelona. His first collection, 1973’s “Café de Paris,” showcased the 25-year-old’s dramatic approach to the silhouette, tightly structured with a sculpted waist and wide shoulders, a mix of old Hollywood glamour and futuristic urban chic.

Later in his career, his aesthetic included not just a mix of body armor and bondage, but also a diverse vision that extended to the models in his shows. “His runways featured models who were diverse, in terms of race, body type, age and even gender,” said Lauren S. Cardon, author of the book “Fashioning Character: Style, Performance and Identity in Contemporary American Literature.”

“He featured transgender models and ‘voguers’ in his runway shows, and often designed for gender-fluid celebrities like David Bowie and Iman and Grace Jones,” she said. In 2009, Lady Gaga would revive one of Mugler’s vintage looks – an audacious, black-and-white suit and an outsized hat  – in her “Telephone” video.

Mugler’s designs always attracted star-studded attention; some felt the black dress worn by Demi Moore in the 1993 film “Indecent Proposal” was as much a star of the movie as Moore herself. With dramatic, bondage-style straps above the bodice and a cutout at her sternum, the dress was a major plot point and instantly iconic.

Other famous moments in the designer’s history included the music video for George Michael’s “Too Funky.” Directed by Mugler, its aesthetic was quintessentially ’90s. Think: supermodels working the runway and Linda Evangelista working a sparkling white dress and sky-high platinum hair. And the aesthetic’s endured. Cardi B. would bring the essence of Mugler’s creations to the 2019 Grammy Awards in a 1995 vintage Thierry Mugler “Venus” sheath dress, which reimagined Aphrodite’s clamshell moment with crinoline, sequins and pearls. The rapper returned to Mugler’s ’90s couture collection during Paris Fashion Week in 2021. Her looks included a gown in vivid red with feathers and sequins.

“It’s interesting that, although Mugler left fashion in 2002 and worked so hard to champion older models and looks for older women, his style is so popular with a younger generation,” said Cardon, referencing the 2008 Met Costume Institute exhibit that featured his iconic motorcycle bustier. “Beyoncé saw this look and approached him about designing her tour costumes.” And, in her “I am… World Tour” video, she wore the Harley-Davidson corset that had appeared in “Too Funky.”

Mugler would ostensibly retire from fashion in 2002 – “I used fashion to express myself as much as I could. But at some point, it was not enough,” he told The New York Times – but not before a successful foray into the fragrance industry in 1992 with his perfume Angel. Its sugary mix of scents like pralines and chocolate resulted in the creation of the fragrance family known as “gourmand.” Mugler followed up 10 years later with Alien, a more nature-inspired blend.

In addition to perfume, Mugler’s creative reach extended into photography, costume design and directing, before he turned his transformative powers toward his own body, reemerging after his retirement as an unrecognizable, ultra-muscular version of himself. In 2019, he returned to fashion with a somewhat literal splash: Kim Kardashian’s “wet dress” was an eight-months-in-the-making latex creation. With its tightly corseted waist, it made headlines around the world and firmly reinforced Kardashian’s place as a fashion icon.

On Monday, Kardashian posted a tribute to Mugler on her Instagram account, praising his “vision, transformations, and magic.”

“You always said beauty will save the world – and you really believed it was a better place because of the beauty all around,” she wrote. “Thank you for the beauty.”