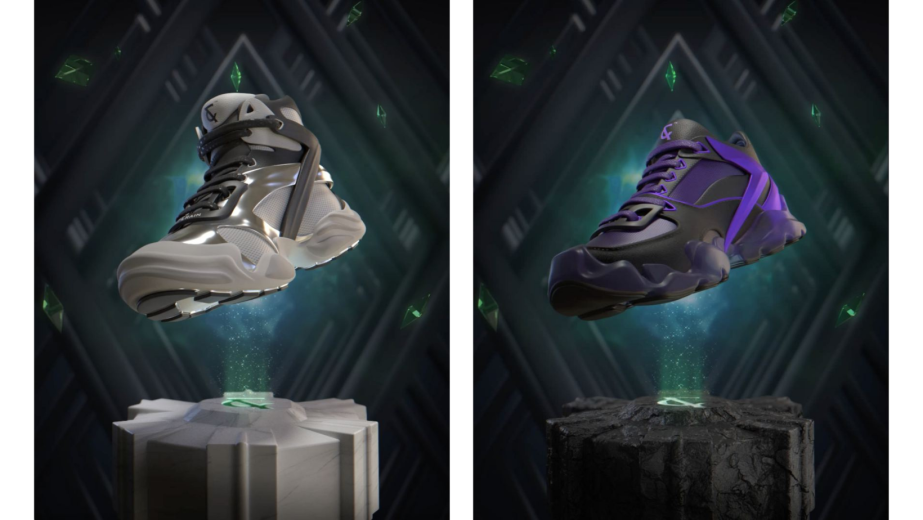 Luxury designers are moving away from traditional brands to the metaverse

Cult & Rain, the label founded by former Cerruti design director George Yang, is delving under the skin of the NFT market with a collection that marries utility and luxury design. The move suggests that this could become a go-to path for industry veterans.

The worlds of fashion and crypto have largely been kept separate, as traditional designers have avoided engaging in the metaverse. However, the resume of George Yang, the founder of the first crypto luxury house, Cult & Rain, is about as traditional as they come for a fashion creative. Before serving as design director at Cerruti in Paris, he designed at Costume National and Guy Laroche. He also helped revive Theory under Andrew Rosen after the Fast Retailing acquisition in 2004.

The menswear designer first entered the metaverse driven by his love of sneakers, which he has been diligently collecting for years. Sneakers are at the forefront of digital wearables in the metaverse. Currently, work by digital fashion brand RTFKT is spread across the metaverse, including the $3.1 million worth of NFT sneakers that sold in just six minutes this fall. RTFKT was acquired by Nike in December.

“If you look at RTFKT,  they paved the way and they opened up the market for everyone. If you see RTFKT as Supreme, Cult & Rain is Balenciaga,” said Yang. Nike CEO John Donahoe said the RTFKT acquisition was another step toward Nike’s digital transformation. Meanwhile, rival Adidas has recently collaborated with The Bored Ape Yacht Club and Prada on NFT launches, showing the versatility of streetwear when it comes to digital wearables.

On February 7, Cult & Rain will drop 2,000 NFTs that can be redeemed for an identical pair of Italian-made luxury sneakers. The drop will include four sneaker designs in five unique colorways each, totaling 20 unique colorways. One hundred pairs of each colorway were created. The four sneaker designs were made by NFT-native artists including The Heart Project by Aidan Cullen (@HeartNFTs), Sean Williams (@1artsometimes), Sophie Sturdevant (@sophiesaidso) and Javier Arres (@javierarres).

“The initial concept for the product came from putting a chip inside a sneaker,” said Yang. “I have collected hundreds of pairs of sneakers throughout my life, and when I moved from Paris to New York, I had to sell a lot of them.” In aiming to sell through marketplaces like StockX, some of his pairs came back as counterfeits. “That broke my heart, because I had held on to them, admiring them as a work of art. It gave me the idea to try to find a way to avoid this, and that’s how I hopped into blockchain.”

Aidan Cullen, the photographer and director who founded the Heart Project, a community-run NFT creative studio, worked with Yang to engage the NFT community and ask certain members to design a sneaker print. The two met through mutual friends.

“When I entered into the NFT space, there were some founding principles that I wanted to follow — namely art, creativity, love and community,” said Yang. Based on these core values, he wanted to explore collaborations, to ensure that the art and the creativity were respected.

And, as he dug deeper into the Web3 space, he realized that the power lies within the community. “I love the idea of Discord, because the platform is community-built,” said Yang. As such, unlike big-name partnerships with celebrities and musicians, which is typical of big fashion brand NFT launches, Yang wanted to work with homegrown NFT artists.

Similarly, Emily Miller, founder of DTC brand OffLimits, has been engaging with the Web3 space and named authenticity and engagement in community as key pillars for brands entering the space. “​​If they truly want to be in this space, [opt for] a crypto-native project that’s highly focused on building something that is utility and new and exciting, rather than a hyped NFT drop that checks the box and says you’re part of Web3. [The latter] often doesn’t get noticed in a good way by the native community and early adopters.”

Within three days of Yang presenting his project the NFT community, over 150 designs had been submitted, votes for the top-five designs had been collected, and Cullen and Yang had named their top pick. “I was tired of dealing with the [traditional] advisory board, with the wholesale buyers dictating what was right and wrong,” Yang said. “And I was tired of churning out collections 6-8 times a year. I had been doing that for 17 years, never missing a season in my career. That fashion model is broken.”

The resulting Cult & Rain collection and the methodology behind it address some key points in the NFT space concerning counterfeits. Many brands have launched blockchain authentication platforms to simply authenticate their goods. For example, the Aura consortium from LVMH Group uses blockchain to track and trace luxury goods from raw materials to the point of sale and, eventually, to second-hand markets. By initially buying an ultra-rare Cult & Rain NFT that can be exchanged for the physical sneakers, the NFT acts as a token and the sneakers are impervious to counterfeits. Each is made to order for each customer.

“This is an ultra scarcity model, because I’ve produced too many collections in my career,” said Yang. “I just don’t want to produce any more mass collections. That isn’t necessary anymore.”

Talking about the drop methodology, Andy Griffiths, CMO at Cult & Rain, compared it to Hermès and its controlled distribution.“It’s exactly the same thought process that we’re bringing from the fashion world into the NFT world.”

The brand plans to release additional physical and redeemable utilities tied to the NFTs, including brand discounts, exclusive airdrops and VIP access to in-person and metaverse events — a metaverse fashion show is in the works. The brand has handcrafted each physical sneaker and unique sneaker collectible box with the same attention to detail Yang is used to, using suppliers in Italy.

The pre-sale for the collection begins February 7, while the general mint begins February 10. All sneaker styles will be released at the same time and will be numbered 001 to 100. NFT holders will be able to trade in the NFTs for the exact sneaker style they want until March 1 through the brand’s website. The physical sneaker production at the company’s Italian factory will begin on March 8 and take up to 16 weeks.