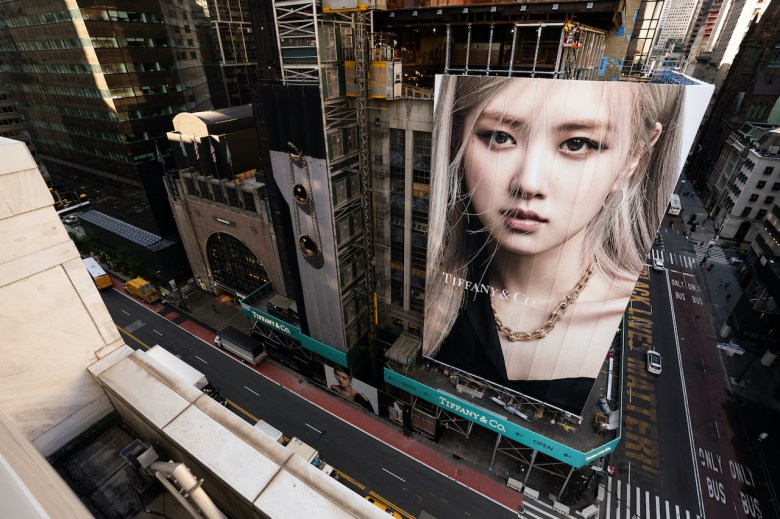 Walking through New York City over the last month, locals and visitors were treated to the sight of leading luxury brands featured in first-of-their-kind storefront takeovers.

With vaccinations on the rise and warm weather incoming, brands know consumers are desperate to be out and about. And among go-to destinations are hot shopping districts like SoHo, Nolita and Madison Avenue. At the end of March, retail foot traffic in the city was down just 2% from a year prior, which held steady through the end of April, according to Placer.ai. That was the closest it had been to pre-pandemic levels since the pandemic began. That’s led brands like Tiffany, Dior and David Yurman to jump on the latest trend in luxury marketing: storefront takeovers. These out-of-home advertisements take advantage of growing foot traffic in the city and are meant to encourage customers to get back to shopping in-store.

Dior and Saks Fifth Avenue were among the latest to hop on this trend. On May 13, Dior and visual artist Marco Lodola, whose work inspired Dior’s fall 2021 collection, took over the Saks Fifth Avenue storefront. Through May 26, six of the store’s dozen-plus street-facing windows will feature Lodola’s work and Dior looks, and five spaces within the store were reconfigured to match the Dior collection’s aesthetics.

This marked the first time a single designer was allowed to take over the entire storefront of the Saks flagship.

Saks considers the brand’s physical storefront is considered an extremely valuable asset for marketing. It’s a valuable top-of-funnel marketing opportunity. Even now, approximately 300,000 people walk past it on a daily basis, so the potential for discovery is high. It usually takes Saks and its partners more than two months total to put a storefront takeover together, or longer depending on the size and scale of the takeover.

The storefront is also a way for the retailer, Saks, to entice brands to come work with them at a time when department store sales are down across the industry. While Saks has fared far better than some of its counterparts like Neiman Marcus over the last two years, (CEO Marc Metrick said sales were up single digits by the end of 2020) even it needs to contend with the fact that many brands pivoted to direct-to-consumer during the pandemic. But the storefront is something Saks can offer that the brands don’t have

Tracy Margolies, chief merchandising officer at Saks, said the takeover is part of a distinct and powerful assortment of marketing options for its clients that “delivers a unique shopping experience.”

Other brands have reaped the benefits of extravagant out-of-home advertising this month.

On May 11, Tiffany & Co. covered the entire facade of its 57th Street flagship with imagery of its new Hardwear collection. The display, which covers 10 floors and 150 feet of the building, is the largest advertisement in the brand’s history.

“Luxury brands are struggling to find experiential ways to market their brands during the pandemic, and a strategy of wrapping landmarks with branding has been in vogue for some time, although not at this scale,” said Jonathan Treiber, co-founder and CEO of marketing platform RevTrax. “It seems like a different approach that could resonate with consumers as something unique and out of the ordinary, when everything seems up in the air in the world of advertising and marketing. It could also be an innovative way for commercial landlords to generate additional income and PR for their property in an environment where vacancies abound and rental rates have plummeted.”