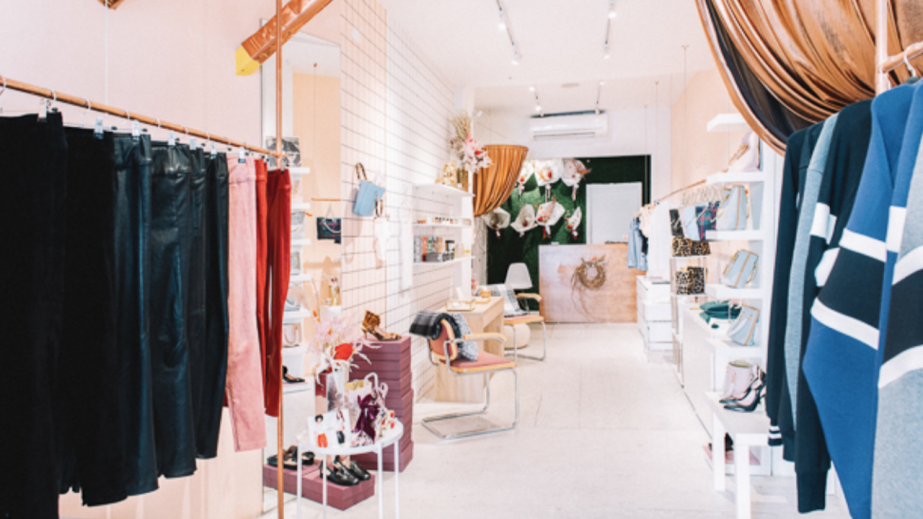 Long after the novelty has worn off, pop-up shops have staying power

When the idea first began to catch on a few years ago, the concept of a temporary store for an interesting new brand was enough to pique people’s interests. But now, you can’t walk one block in New York’s SoHo neighborhood without passing one. Appear Here, a company that helps brands find and book real estate for temporary installations, saw a 300 percent increase in demand for pop-up shop spaces in the U.S. in 2018.

“They have become part of the landscape,” said Ross Bailey, CEO of Appear Here. “It’s like the first mobile phones. After a few years, they weren’t a novelty anymore. Pop-ups are much the same.”

Pop-ups have their own value in the retail landscape. A survey of brands conducted by Glossy found that pop-ups came in second for marketing opportunities for 2019, behind collaborations. But brands have to do more than simply open one and hope for the best if they want to stand out. The most successful require something unique like experiential efforts and Instagrammable moments. To that end, Appear Here is launching on Thursday its third annual competition called Space for Ideas, giving smaller brands the chance at a two-week pop-up shop in one of four highly sought-after cities around the world. After applying, brands will be judged by a panel that includes Natalie Massanet of Net-a-Porter, Diane von Furstenburg, Neil Blumenthal of Warby Parker, Jeff Raider of Warby Parker and Harry’s Inc., and Dylan Jones, editor of GQ. The winner will receive a two-week lease at a premium retail location in London, Paris, New York or Los Angeles, along with resources to help design and execute on the pop-up shop.

Pop-ups are an excellent way to get discovered, especially for younger brands.

A few years ago, Instagram seemed like a godsend for smaller brands looking to get discovered by consumers and struggling to compete with big brands with larger advertising budgets. Operating online-only democratized the playing field and let smaller brands get discovered alongside bigger ones. But now, the glut of DTC brands advertising through Instagram and online has made this prospect just as, if not more, expensive than traditional advertising models.

“The low cost of digital acquisition is no longer a reality,” said Deepa Gandhi, COO of DTC handbag and accessory brand Dagne Dover. “Everyone is trying to target the same demographic. At the end of the day, the costs of online advertising and opening a pop-up are not that different.”

Dagne Dover is digitally native brand that made the transition to a pop-up shop late last year with the hope of translating the activation’s learnings to permanent physical stores in the future. In Gandhi’s experience, pop-ups serve as a fantastic tool for brand discovery and audience acquisition — a desirable alternative to the noise of Instagram ads where brands are easily drowned in the sea of competition.

Pop-up spaces in SoHo can rent for up to $30,000 or more per week, not to mention all of the other costs associated with them. In fact, they can cost just as much as opening a permanent store.

“The pop-up world highlights the best of the best,” Gandhi said. “You have to have a critical mass to be able to afford to open a pop-up in Soho.”

Customers’ familiarity and excitement about pop-ups has its drawbacks, though. While it often makes customers more willing to take a chance on brands they have not heard of before, it also means that brands need to make their pop-up experiences unique and especially interesting in order to capture people’s attention.

“What we’ve learned from listening to our Harry’s customers is that they want optionality and accessibility, both online and in-store — all with the brand value, identity, quality and price as with an e-commerce experience,” said Jeff Raider, co-founder of Warby Parker and Harry’s Inc. “In retail spaces, the experience should feel like a natural extension of the brand. It’s important to create a physical experience that immerses customers in the brand’s purpose and still evokes the experience of interacting with the brand online.”