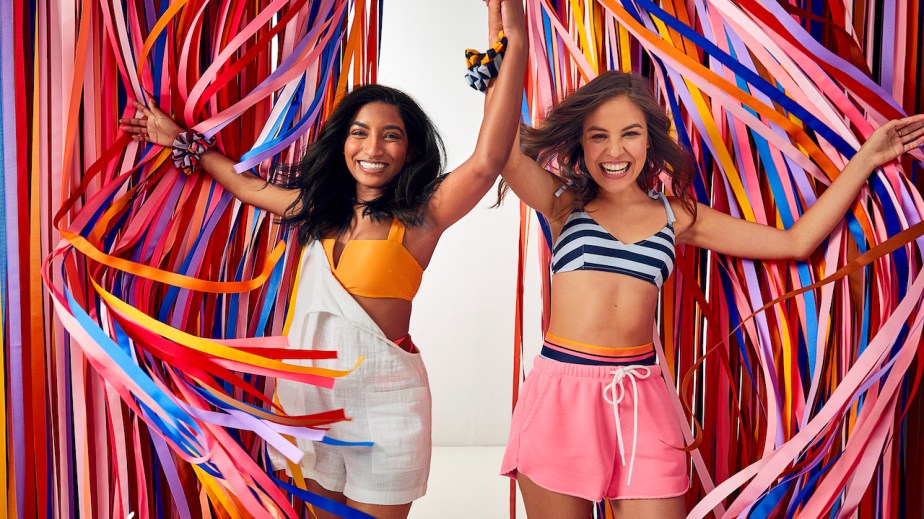 After more than 10 years at Aerie, Jennifer Foyle was promoted to chief creative officer at parent company AEO Inc. in September. Under her tenure, Aerie grew to be one of the shining lights of the company’s portfolio, growing revenues by more than 25% every year between 2015 and 2019. Now, Foyle said she’s applying the strategies she established at Aerie — focusing on the brand’s core DNA and keeping the product at the center of marketing — to the company at large.

Aerie’s revenue was about $310 million in 2015 but grew to more than $600 million by 2018. In 2020, revenue was nearly $1 billion and the company plans to double that in the next two years, making Aerie a $2 billion brand and inching it closer to the American Eagle brand which had $3.5 billion in revenue last year. In its most recent earnings call in late January, 14-year-old Aerie saw the largest growth — around 20% in sales — compared to the rest of the company. American Eagle is 44 years old.

At the time of her promotion in September, Jay Schottenstein, executive chairman and CEO of AEO Inc., said Foyle “has led Aerie to incredible success” and “brings passion, innovative thinking and an ability to infuse clear vision across product and marketing to create real connections with customers.”

Foyle said Aerie is in a strong enough position that she’s been able to focus on applying its winning strategies to the rest of the company. The company plans to grow its Aerie store fleet up to 550 stores in the next year and reduce its American Eagle store fleet by around 200 stores.

“I’ve been diverting a lot of my attention to American Eagle right now,” she said. “We have to optimize our store fleet and the story we want to tell around that [in marketing]. We have to figure out our product assortment, since product is at the center of everything. We have to have an achievable plan in place. And Aerie has a really strong foundation.”

She said her first order of business upon occupying her new position was to reposition the marketing team, and she moved quickly to appoint Craig Brommers, previously of Gap and Juul, to head of marketing at American Eagle in December. Foyle felt that American Eagle’s marketing had been underserving the product and that the brand had “stepped away from our DNA a little bit.”

New marketing efforts under Foyle have been experimental in form, investing more heavily in new channels like TikTok and linear TV, while keeping the actual content of the marketing focused on the product.

“Craig and Stacey [McCormick, svp of marketing at Aerie] are working on all the these new ways to show up to market,” Foyle said. “And we’ve had an explosive presence on TikTok recently. We’ve been putting money into TikTok for a while now, but recent growth has tended toward more organic marketing, especially with Aerie [which saw 2 billion impressions in organic posts last year].”

Foyle’s path from Aerie to American Eagle is similar to her contemporary, Libby Wadle, the newly appointed CEO of J. Crew Group. As CEO of J.Crew’s subsidiary brand Madewell, Wadle grew the company to more than $600 million in annual revenue. She’s now applying her strategies to the entire company, where she’s been employed for 16 years. Under Wadle, Madewell reached more than a third the size of the 74-year-old J.Crew in less than five years; it was outperforming its parent company’s other brands by a significant margin. Wadle was unavailable for comment on this story.

Ultimately, Foyle said the only real difference between her work at Aerie and what she wants to do for American Eagle is scale. The same ideas apply: owning a single category — intimates for Aerie and denim for America Eagle — picking a core demographic and sticking to it (people ages 15-22 for both brands), and then finding the right ways to tell the brand story to that group.

“I’ve had close to 30 years experience in retail,” Foyle said. “Not just Aerie, but I was at Bloomingdale’s for 11 years, I ran women’s denim at Gap, I was at J.Crew for five years. Really, what I’ve learned is it’s all about less is more.”