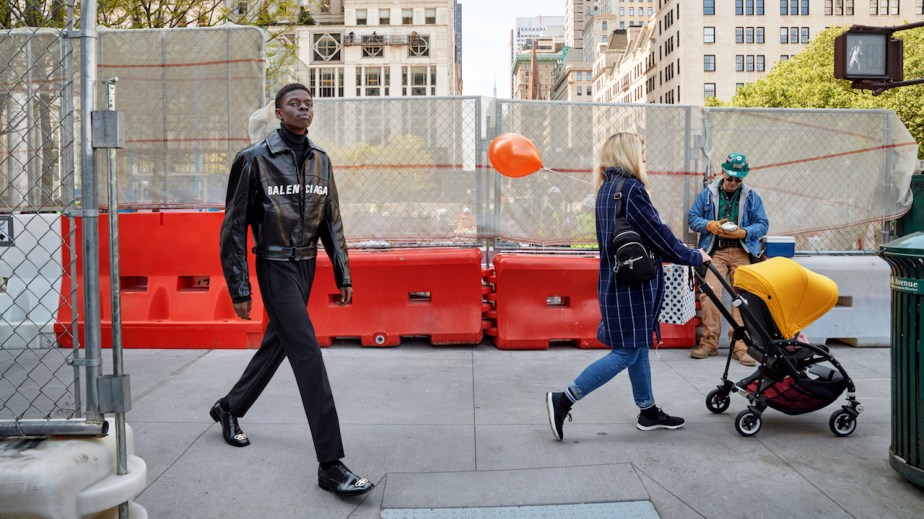 While other retailers struggle with what to do in New York, one company is making its biggest bet ever on the country’s largest retail market: Nordstrom.

Nordstrom is prepping to open its second full-price New York City store — the first, catering to men, opened in April last year. The women’s flagship store in Manhattan opens Oct. 24, and will be the largest store and largest investment in the company’s history. Despite the troubles faced by many retailers in the city, Nordstrom, which has never had as strong a presence in New York as it has in cities including Los Angeles and its home of Seattle, sees New York as an opportunity, not a liability.

To succeed, Nordstrom is leaning hard into the idea that this is a local store made for New Yorkers, not a tourist destination. Other retailers are playing to tourists: At Hudson Yards, Uniqlo has a section of NYC-themed T-shirts aimed at tourists — half of the shopping center’s shoppers are tourists, said Joanna Rose, evp of corporate affairs at Hudson Yards’ developer Related Companies, at a Glossy+ event last month. Brookfield Place launched a series of tourism packages in July. But for Nordstrom, courting the local audience who can turn into a repeat shopper is the better move for long-term growth.

“New York is one of the most exciting shopping cities in the world, and we are lucky to already have a strong customer base there,” said Olivia Kim, vp of creative projects at Nordstrom. “We are speaking both to people who know and love our brand, and people who are just being introduced for the first time. The breadth of our merchandise offering and range of price points is something we are proud of, and I think it’s a unique proposition that Nordstrom is bringing to New York.”

Despite Nordstrom only recently tackling the New York market, the city is already its second-largest overall market outside of Los Angeles and its largest market for online sales specifically. Earlier this week, the retailer debuted its first New York-centric campaign highlighting the people of New York photographed in natural, everyday situations related to the city. The campaign, shot by photographer Gus Powell, is meant to present Nordstrom as a natural integration into the New York retail landscape.

“As we look forward to the opening of the flagship, we wanted to celebrate and highlight the city and people of New York,” Kim said. “The brands in the campaign represent the range of fashion we carry, from Vans to Valentino, Balenciaga to Levi’s. We wanted the campaign to feel authentic and like a representation of how real people dress in the city. It’s not about wearing a designer look head-to-toe but rather an interesting mix of brands that help define individual style.”

However, Nordstrom is not neglecting tourists either. The location of the flagship, in the high foot traffic tourists destination of Columbus Circle, was chosen to hook in a global audience as well.

For Nordstrom, even with all of the struggles faced by other retailers in the city, New York still holds an obvious appeal.

“New York City is one of the top fashion cities in the word, second only to Paris, and it is the home to many fashion and luxury retail flagship stores,” said David Naumann, vp of retail marketing at retail software company enVista. “New York also draws more tourists than any other city in the U.S. and is an international tourist shopping destination. Opening a flagship Nordstrom Women’s store in NYC makes perfect sense to drive global brand awareness and sales. The physical presence and brand awareness will also likely spur incremental online revenues.”

The question is whether Nordstrom can resist the challenges that have faced other big department stores trying to make New York work. Barneys, which is looking for a way out from bankruptcy thanks to a last-minute cash infusion from Brigade Capital and B. Riley Financial, fell prey to a combined assault of escalating rental costs and an inability to keep up with the tech-driven retail innovations customers are now looking for.

Nordstrom, on the other hand, has been relatively good about keeping its stores fresh with new ideas. Two Nordstrom Local shops opening in the West Village and the Upper East Side will support the company’s online services, allowing customers to pick up online orders, fulfill local deliveries and make on-site alterations.

“Nordstrom is very strategic with its store expansion,” Naumann said. “In fact, they have three less Nordstrom full-line stores today than they did a year ago. Nordstrom’s flagship women’s store will also offer a platform to showcase its digital and personalized smart store capabilities and multilingual sales associates that accommodate international travelers.”

This story was updated to better reflect Nordstrom’s goal of reaching both local and global customers.