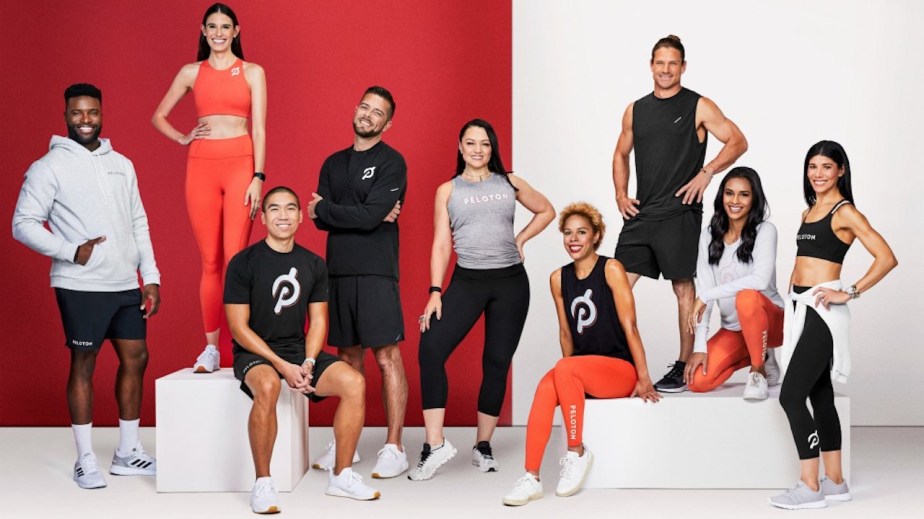 ‘An extension of the brand’: Inside Peloton’s apparel ambitions

The crossover between the worlds of fitness and fashion is growing.

Peloton is placing a bigger emphasis on its retail and apparel offerings. The athletic brand, known most widely for its stationary bikes and workout classes, released a collection of men’s and women’s apparel on Jan. 15 in collaboration with Gap subsidiaries Hill City and Athleta, which Peloton vp of apparel Jill Foley said is part of the company’s larger strategy to grow the apparel side of its business.

“Apparel is a great way for us to engage with our dedicated member,” Foley said. “The global Peloton community is over 1.6 million members strong, and it’s my goal to get Peloton apparel on as many members as possible. It’s pretty unique that they are so enthusiastic about Peloton that they want to wear branded apparel both when they’re working out in the privacy of their own home and also when they’re out and about carrying on their daily activities. I want to continue to foster that, and it’s been exciting to develop the Peloton apparel business in a way that supports our members.”

And apparel sales are growing faster than any other category for the company. Though Peloton has sold apparel since its launch in 2013, it was only recently that sales really took off. In 2017, Peloton’s apparel sales were $2.6 million, and in 2019, that had grown to $14.7 million.

Foley said that, along with selling apparel sales at Peloton studios, collaborations are a major part of the growth strategy, starting with a collaboration with Fila in late 2018 and continuing to other collabs with brands like Outdoor Voices and Lululemon in 2019. The Hill City and Athleta collection consists of 13 pieces, eight for women made with Athleta and five for men made with Hill City.

Foley said the retail and membership sides of the business are symbiotic and feed into each other. Peleton members are also the primary customer for retail sales. The company has 80 brick-and-mortar stores across the U.S., U.K., Canada and Germany, 75 of which carry apparel. It uses apparel to both tighten bonds with existing members and attract new ones.

“It is important to us that our members also see apparel as an extension of the brand, and offering our apparel in-store further encourages them to rep Peloton during their workouts and beyond,” Foley said. “And while some showrooms may not carry everything that we offer at a given point in time, we sell every collection and collaboration online.”

Peloton mines insights and feedback from members to tailor its apparel offerings. Foley said Athleta was chosen as a partner, specifically because members frequently asked for it through Peloton’s social channels and were given the option to vote on final designs of the product. More than 30,000 members participated in a poll conducted through social media.

“Over the past few months, we worked with Peloton to curate a collection designed to celebrate our mutual communities,” said Sheila Shekar-Pollak, CMO of Athleta.

Peloton’s revenue has skyrocketed in the last 12 months, more than doubling from $435 million in 2018 to $915 million in 2019. But there have been bumps in the road: A Christmas ad released last year was viewed by many as sexist and off-putting, though Peloton defended the ad.

Peloton didn’t give exact details about the size of its retail investment, but shared it designs all of its products in-house. It went on a hiring spree for inventory managers and warehouse associates last year, and delivered 58% of all online purchases in 2019, versus working with a third-party delivery company.

According to metrics released by Peloton, apparel sales likely make up less than 2% of its revenue right now, with the bulk of its revenue coming from sales of its bikes. Peloton will need a boost in apparel sales after going public in August last year. With pressure from competitor athletic brands like Soulcycle also investing heavily in apparel, it’s in Peloton’s best interest to show that every part of its business is a worthwhile addition.