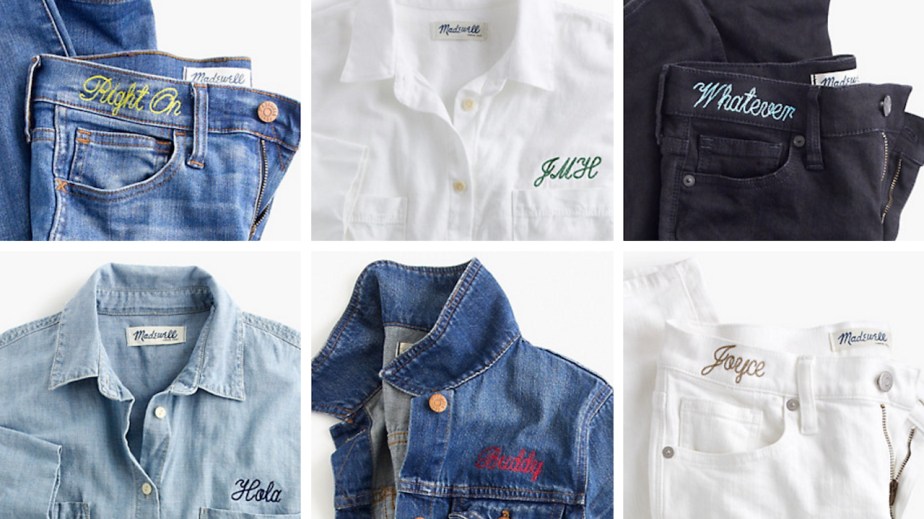 The coronavirus pandemic has accelerated a number of trends that were emerging before it began. That includes the increasing shift in e-commerce from a wholesale model, where the seller buys inventory from brands and sells it online, to a marketplace model, where third-party sellers sell directly through the platform.

These marketplaces can take different forms. For example, some handle all the logistics and shipping. Some, like Farfetch, sell inventory from small boutiques and retailers rather than directly from brands.

In the last few months, marketplaces have sprung up all over the fashion industry, hosted by the sites of influencers, brands, media companies and even retailers. Since the pandemic began, Walmart, Madewell and Something Navy have all launched marketplaces. The latest is BuzzFeed, which launched a marketplace on Thursday with help from Bonsai, a company that specializes in marketplaces for media companies. Buzzfeed’s is starting with a few beauty brands but will expand to other categories as well. Founder and CEO Saad Siddiqui said the number of companies currently expressing interest in setting up a marketplace via Bonsai is “five to seven times higher than pre-Covid.”

“People want to monetize their audiences without expending more capital and holding more inventory and, increasingly, marketplaces are a good way to do that,” Siddiqui said.

Since Complex launched its marketplace using Bonsai at the end of 2019, its seen a boost in website traffic, with click-through rates on marketplace product pages being 8-10-times higher than affiliate links, and commission rates that are nearly 100 times higher (20% for each marketplace sale, as opposed to 0.21% for affiliate sales). For the featured brands, like Off-White and Amiri, the shop brought a halo effect. Fifty percent of people who bought items from a brand through the shop went on to buy other items from the brand that weren’t for sale on the marketplace.

Matt Scanlan, founder of Naadam, said that he has seen a heavy increase in marketplace interest from a variety of companies. In the past few weeks, Scanlan said, his friends and colleagues at companies including Nisolo and Senreve, and Instagram influencer Patrick Janelle, have all launched marketplaces.

Scanlan sells through marketplaces — Naadam is available on several, including Madewell’s — plus he launched a marketplace for Something Navy, where he is the interim CEO. He said the pandemic has made marketplaces even more appealing.

“The industry is definitely moving toward a marketplace model,” Scanlan said. “There’s a lot of inventory out there, and people are looking to marketplaces to move it for them — especially because traditional wholesale models are struggling so much. For brands, you look for more places to get distributed because there are few other options out there with department stores closing. And no one will buy inventory outright from you, because it gets harder to move as time goes on.”

Since the start of the pandemic, inventory has been a headache for both brands and retailers. Retailers were stuck with inventory that couldn’t be moved, and brands had orders canceled by retailers. Marketplaces bypass that issue by giving both the sellers and the brands more adaptability around inventory.

It’s one of the reasons that companies like Farfetch have flourished to $1 billion in revenue while big department stores like Neiman Marcus have been dropping like dominoes. The capital expenditure and level of risk involved with the wholesale model just isn’t as sustainable in the volatile post-Covid environment, even for luxury.

But marketplaces don’t come without their own risks. Adrien Nussbaum, CEO of Mirakl — one of the largest marketplace technology providers (and the one used by Scanlan, who called the company “the best out there”) — said that a successful marketplace requires two things: an audience sizable and loyal enough to justify the higher upfront costs of the marketplace infrastructure and a full commitment.

“Media companies are often tempted to go for it, but they aren’t always successful,” Nussbaum said. “Oftentimes they look for a ready-made option that they can just plug in, throw their logo on the corner and forget about it. The New York Times tried that with a web shop a few years ago, and it just faded away. If you start with a weak commitment, it can only get worse from there.”

Marketplaces are a higher upfront expense due to the more complicated technology that powers them. Siddiqui said a wholesale model requires only a stockpile of inventory and a basic e-commerce infrastructure, which could be set up for less than $10,000, while a marketplace model requires a complex interlinking of the back ends of both the marketplace and every brand who is going to sell through it. It could potentially costs more than $100,000 to set up.

Marketplaces also have recurring costs. Bonsai usually takes around 25% of each sale made through one of its marketplaces, and the brand takes another cut of variable size depending on the deal, usually leaving the marketplace owner with a smaller cut than if they bought and sold the inventory themselves.

But for many companies out there, that initial cost may be worth it. And for the brands, the appeal is obvious, since many will take whatever additional revenue channels they can get at the moment. But don’t expect a thousand little marketplaces to spring up overnight. While the market could support a large number of marketplaces that appeal to customers based on their trust in the editorial voice for a media company or influencer — or based on their loyalty, in a brand’s case — there’s a limit to how many marketplaces customers can keep track of.

“It’s possible but unlikely that we will have 10,000 small, successful marketplaces, given how the industry works,” Scanlan said. “There will only be a couple winners, and it will probably be the ones you expect [like Amazon and Farfetch]. It’s really easy to make mistakes, and not everyone has the strength of audience to support one. A lot of people are trying it, but it’s expensive, and I think only a few will have the scale and the trust to survive.”