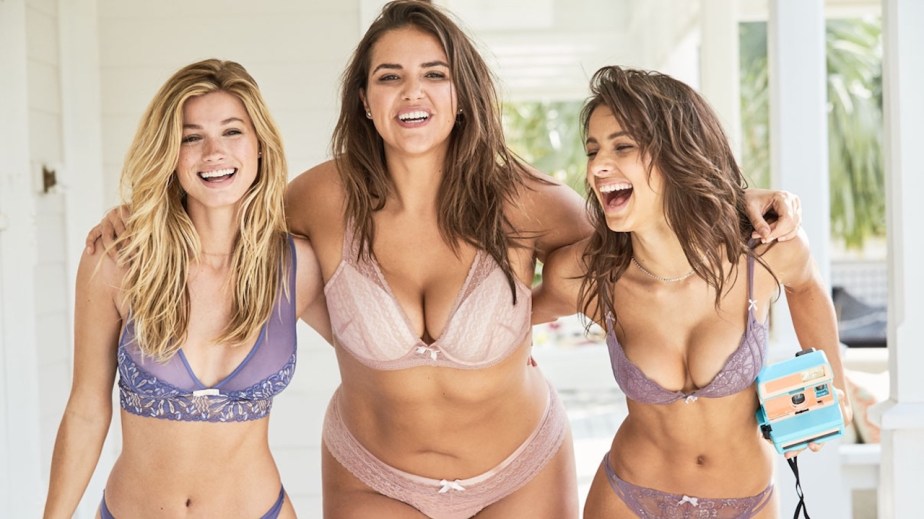 On July 14, a new documentary series called “Victoria’s Secret: Angels and Demons” debuted on Hulu, chronicling the darker side of the lingerie brand’s history. Highlights include the effect its hypersexual marketing have had on society and the relationship between Les Wexner, the former head of former Victoria’s Secret parent company L Brands, and Jeffrey Epstein.

The documentary comes at a time when Victoria’s Secret is attempting to rebrand. Its recent campaigns have pulled in celebrity ambassadors outside of its traditional thin, white milieu. The VS Collective — a more inclusive take on the Victoria’s Secret Angels — includes soccer player Megan Rapinoe and Priyanka Chopra. Still, Victoria’s Secret faced layoffs in mid-July that sent its stock prices tumbling.

While Victoria’s Secret is still the No. 1 women’s underwear brand, in terms of market share, there’s undoubtedly room for competitors like Aerie, ThirdLove, Skims, Parade and Lively to grow. Those brands are looking at the missteps that Victoria’s Secret made along the way and intentionally charting a different path toward capturing some of the giant’s sales.

A November 2021 Glossy case study lays out the ways in which Victoria’s Secret’s dominance has slipped. Operating incomes for the brand precipitously fell throughout the 2010s and into the pandemic years. 2019 was a particular turning point for Victoria’s Secret, when it lost $720 million. It has since struggled to recover. Search volume fell, as well, while searches for competitors like Aerie went up in turn.

“Victoria’s Secret isn’t too big to fail,” said Cami Tellez, founder and CEO of the DTC underwear brand Parade. “The era of behemoth brands that push a single aesthetic is long gone. With the fall of Victoria’s Secret, there’s ample runway for brands to come in and stake their claim.”

Parade has swiftly become a competitor in the intimates market within two years of its founding. Its focus is on a different audience; the majority of Parade’s 200,000 customers are Gen Z and one in 20 of them identifies as non-binary.

According to Ranjan Roy, vp of strategy at the intimates brand Adore Me, the biggest mistake Victoria’s Secret has made is focusing on surface-level marketing without any substantive changes to product or design to bring back lapsed customers.

“They’ve spent a lot of money bringing in big names in these very vague ways,” Roy said. “They haven’t really made it clear what they’re doing differently. They brought in Megan Rapinoe as an ambassador, but then she hasn’t said or done anything with the brand since October of last year.”

In contrast, Roy said Adore Me’s approach to size inclusivity focused on business fundamentals first. For example, Adore Me spent years working on an in-house inventory management system to manage the ratio of larger sizes to core sizes. Once that was in place, marketing efforts were centered on making sure those sizes were visible to customers when shopping rather than putting up a billboard or self-congratulatory campaign.

Adore Me offers nearly 70 different bra sizes and bottoms that go up to size 4XL. In contrast, Victoria’s Secret has spent most of its time on communicating that the brand is more inclusive, yet has not offered anything over an XL until this year. Now the brands sizes range from XS to XXL. Victoria’s Secret did not respond to request for comment on whether its size range would expand further.

A third of Adore Me’s revenue comes from the extended-size products, without the brand putting much emphasis on these sizes in marketing, Roy said. Adore Me makes more than $200 million a year.

“An important point is that, in intimate apparel, lead times are really long,” Roy said. “So when VS Collective launched, unless they had already been working on more inclusive product two years beforehand, it will be a while before the actual product catches up with the marketing.”

Roy said Old Navy’s Bodequality program is a good example of why the marketing-first approach isn’t ideal. The company made a big splash with its zealous promise that inclusive sizing would be available at every store and for every product, for similar prices. But just a year later, it became clear that Old Navy hadn’t worked out crucial kinks like how much inventory it would need to distribute to stores. That led to a very public backing down from its original promise, which Roy said is harmful to inclusive efforts across the industry.

“Big failures like that aren’t good because it might discourage others from trying to be more inclusive,” he said. “You have to be an inclusive brand first before your audience will start to think of you as an inclusive brand. Early on, we started using inclusive models and we made sure the extended sizing was in always in stock. That helped us build the audience we have.”