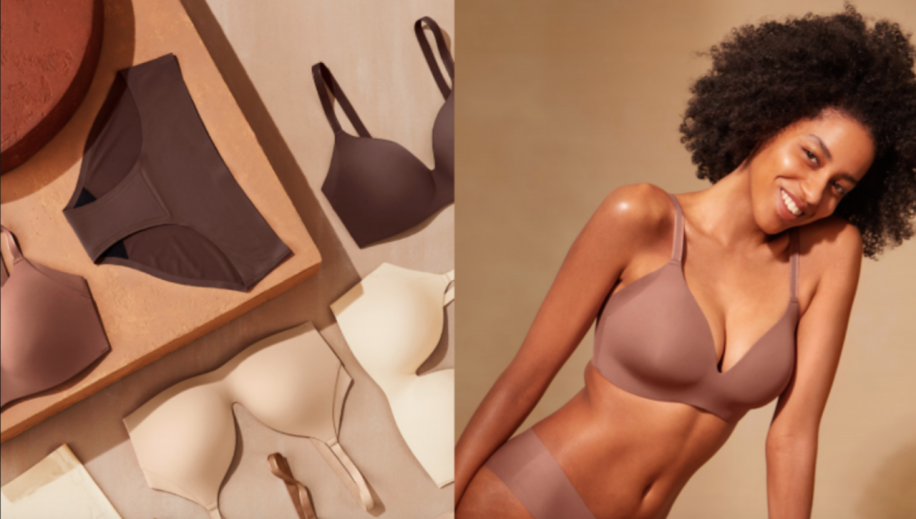 With this year’s Black Friday expected to be e-commerce heavy and a logistical nightmare for the shipping infrastructure of the U.S., intimates brand Knix opted to skip the shopping holiday entirely, instead encouraging people to shop earlier in the month. It hosted a warehouse sale on Nov. 10 that was live for only a two hours. At the same time, it was communicated to customers through email and social media that there would be no sale or discount on the actual day of Black Friday like there had been in previous years.

Joanna Griffiths, CEO of Knix, said the brand sold more than 85,000 pairs of underwear during the sale, bringing in more than $1 million dollars in the first 15 minutes, before selling out. It far exceeded the revenue from any previous Black Friday sale the brand had done.

While other brands like Freitag and Patagonia have opted to sit out of Black Friday altogether, Griffiths said she was inspired to try out an early warehouse sale as an alternative after the success of a previous warehouse sale the brand held in April, which saw similar record sales.

“It’s something we’ve talked about for a few years, just from looking at the huge ordeal Black Friday had become,” Griffiths said. “It’s gotten so noisy and so crowded, and a lot more expensive to get your message out there on the different platforms — everyone is putting the same message out, and it’s hard to get heard.”

Griffiths said she was unprepared for the level of demand from the April sale. Selling out quickly led to a large number of customers expressing disappointment on social media that they weren’t able to get anything. For the November sale, she said the company tripled the level of inventory available, plus designed new product and colors of existing product specifically for the sale.

Knix didn’t spend a single dollar on marketing the sale. Instead, the brand targeted existing customers through email and SMS, and asked its ambassadors, who are paid a commission on any product sold, to post about the sale on social media. The sale was done entirely online through a separate website that was set up just for the sale. Despite having two stores in Canada, Griffiths said the vast majority of Knix’ revenue is earned through its site.

Griffiths said the reason the sale was a success comes down to three factors: Outside of the two warehouse sales, Knix hasn’t hosted any sales. Plus, the brand’s ambassador network and exclusive product helped create a sense of urgency and excitement around the sale. And the use of calendar reminder options embedded in announcement email and SMS messages helped keep the event on customers’ radar.

“Because our previous sale sold out so quickly, we had a lot of excitement and urgency from the community wanting to get something once the second sale went live,” Griffiths said. “And that really helped us. We actually looked at how a lot of sneaker brands do it, to manage that balance between exclusivity while still having enough product that people don’t leave disappointed, which we didn’t do in April.”

While this strategy of hosting an earlier alternative sale to Black Friday worked well for Knix, it’s unclear how effective it might be for other brands, given some data around shopping behavior this year. In a November survey from CommerceHub of more than 2,500 consumers, 71% said that, regardless of earlier deals, they would wait for the actual day of Black Friday to shop, believing that the plethora of deals available will make for more affordable shopping. Brands that are more promotion-heavy than Knix and without as dedicated an audience may not be able to shift those behaviors as easily.

That said, some analysts have expressed support for the idea of spreading out holiday shopping beyond the days of Black Friday and Cyber Monday.

“This holiday season is definitely spread out over a longer time period than usual,” said Lihi Pinto Fryman, co-founder and CRO of product discovery platform Syte. “So creating shopping peaks outside of the standard dates can be a great way to stand out in a sea of sales and stagger traffic for optimal performance.”