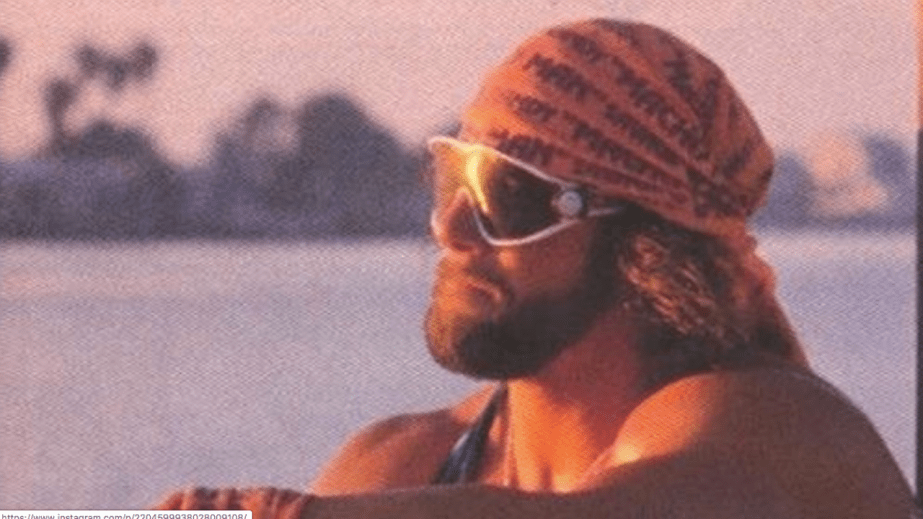 A typical brand Instagram account usually has a few different types of posts: inspirational photos, promotional images of new products, the occasional showcase of user-generated content showing off that same new product. Scroll through the Instagram account of sneaker resale platform Grailed, and you’re more likely to see a profane, jargon-heavy meme incomprehensible to those outside of niche sneaker and streetwear subcultures.

It’s a deliberate strategy on the part of brand director Lawrence Schlossman, the mastermind behind the beloved but short-lived digital menswear publication Four Pins (which lives on as a popular menswear social media account, still run by Schlossman), where he pioneered the art of the super-niche fashion-focused meme. The style of meme — which one might call “shitposting” — usually incorporates crude photoshop, obscure humor and a willingness to poke fun at both Grailed and its customers to a degree that branded content usually stays far clear of.

“The younger generation smells bullshit a mile away,” said Schlossman. “They can tell when something’s fake, when it’s sanitized, so you have to know what you’re talking about. But we’re supposed to be experts on this stuff. To joke about something, you have to know it really well. Who’s better qualified to poke fun and make self-referential jokes that people who are in this culture will get and appreciate?”

And the strategy has paid off. When Schlossman joined Grailed four years ago as the company’s ninth employee, it had about 4,000 followers on Instagram. Now it has nearly 600,000. Most of the brand’s feed is split between memes, typical product marketing posts and miscellaneous images that are neither humorous nor product-related but simply build up the aesthetic of the brand — for example, an image of the character Krillin from the popular anime “Dragon Ball Z” wearing a snapback and letterman jacket. The latter was something Schlossman only recently began doing in the last year.

Most of the product posts that were once the only thing Grailed posted have now been relegated to the Instagram Story feature. In practice, according to Schlossman, scrolling through the Grailed account is much more akin to browsing a non-branded streetwear forum like the /r/sneakers subreddit rather than viewing a brand account.

The majority of the content is posted by Schlossman, and curated or created by him along with the help of paid freelancers. Many of the memes posted on the Grailed Instagram account are made by the anonymous person who runs the account @fakeyeezyboosts, who freelances for Grailed regularly. Schlossman also allows freelancers to post a column on the brand’s Instagram once a week related to some topic they’re interested in, even if it’s only tangentially related to fashion, like this one by @oraniclab.zip about camping inspiration.

“The marketing team is really only like six people,” Schlossman said. “Then there are some freelancers who help us out a lot. They pitch stuff, and I almost always agree, and we pay them — I don’t believe in asking people to do things for exposure. And they get to post some cool, interesting stuff on our account that gets our customers engaged and interested.”

Ladies and gentleman, we got ‘em.

Grailed is not the only brand making use of memes as a marketing tool. Function of Beauty, a vegan hair-care brand, has been mixing memes into its more traditional product-focused posts to both drive up engagement and educate customers on hair care.

“Our goal is to connect with our social audience on a personal level and also create a sense of community. We’ve found that memes are a super relatable way to do that,” said Afshan Wali Mohammad, associate social media manager at Function of Beauty. “We’ve noticed memes to be some of our most engaging posts, so we’ve started to incorporate more of what we like to call ‘sneak-attack education,’ where we try to balance useful information that also offers a relatable experience or feeling.”

Growing its Instagram base has been key to Grailed’s overall growth as well. The company has raised more than $20 million in funding over the last five years, and its social media audience was an key factor in attracting investor attention.

“Grailed’s track record of organic growth and success in cultivating a devoutly loyal audience demonstrates the passion and consideration the team pours into creating a dynamic marketplace that users have come to love,” said Danny Rimer, general partner at Index Ventures, in a statement announcing that Index’s investment of $15 million in Grailed last year.

While Schlossman does use social media management tools to analyze metrics and adjust posting strategies, many of the decisions are made very loosely, which he attributes to the fact that Grailed is still small — with fewer than 100 employees — and the company’s leadership has trusted him to basically run the entire thing however he pleases, with little oversight.

But there is a value to the strategy beyond just driving up engagement. Schlossman’s approach has built up a loyal community that the company has leveraged in other areas, like promoting an event held at Paris Fashion Week last year. Grailed Airdropped invitations to the event to people at PFW and promoted it heavily on Instagram, encouraging people to post pictures of the event from their own Instagram accounts and to invite their friends to come, as well.

“We have an amazing asset in our community,” said Miles McKirdy, senior marketing manager at Grailed. “When we did activations at Paris Fashion Week, we had Grailed users going out and putting up fliers for our event. We had photos of our users showing up to the Dior show wearing Grailed lab coats. The community is really strong, and we’ve cultivated it.”

Grailed has a modest following on Twitter, of around 30,000 followers; Instagram is by far its most dominant platform.

Schlossman said this shift to mood boards was less about testing or analyzing metrics, but rather, it was just a trend he noticed and thought would be a good fit.

“And it’s not super strategic, really,” he said of his overall approach to Instagram. “I really do a lot of it by feel. It’s something that differentiates us from other brand accounts. The meme we posted earlier this week got 50,000 likes in one day, so I don’t need to look at the metrics too hard to know that it works.”