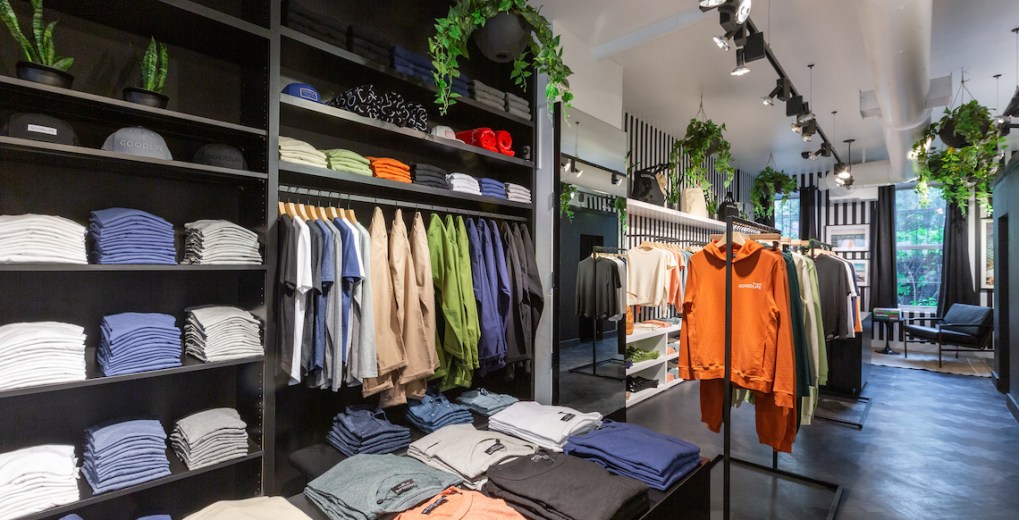 In economic boom times, it’s easy for apparel brands to chase seasonal trends, collaborations and new product categories to bring in more customers. But those are not the times we are living in, and the opposite approach of limiting product assortment is a safer bet. In the wake of inflation, supply chain woes and reduced consumer spending, some fashion brands are betting on core products and reliably sellable styles.

Goodlife, a men’s fashion brand that launched in 2014, is a case study in making a limited range of products work to the brand’s advantage. The bread-and-butter of Goodlife’s assortment is its T-shirts, of which just three styles make up more than 70% of its inventory and sales.

Co-CEO Andrew Codispoti said he adheres to a strict 70-20-10 rule. Seventy percent of the brand’s inventory is made up of T-shirts and the few other products, including sweatpants, that together drive the majority of sales. But Goodlife reserves 10% of its inventory for new, experimental items that are seasonal, like swimwear. If something in the 10% sells well and demand seems high, it gets moved up to the 20% section, which Codispoti classifies as products that are popular but not yet considered core or evergreen. Only once a product has sat in the 20% for at least a year and sells consistently during that time, it gets added to the 70% hero inventory.

The 10% of newness can take the form of a new product category, like swimwear; a new material, as with a velour hoodie introduced this year; or a new fit, like the scallop crew T-shirt introduced this month. This strategy wasn’t always part of Goodlife’s model, but it was adopted before the pandemic.

“Years ago, we were more tempted to give in to newness and try new products all the time,” Codispoti said. “But if you’re only acquiring customers on some new thing that you just introduced and won’t sell again, is that really a lifetime customer? We’ve found that the people who love us for the core product — our T-shirts — come back again and again.”

Codispoti said the brand’s repeat purchase rate is nearly 60%. And he owed its low return rate of 8% to both having customers who are familiar with the Goodlife product and offering a try-before-you-buy online feature — the feature allows customers to get shirts delivered and only be charged if they don’t return them. The average industry return rate for apparel is more than 16%

Codispoti specifically likened Goodlife’s business model to a consumer packaged goods brand, like the toothbrush startup Quip. Quip focuses on a few SKUs and builds a loyal audience for those products.

But Codispoti also distances Goodlife from the spate of DTC brands that emerged before the pandemic and achieved immense valuation quickly but without a sustainable model. He said that Goodlife, unlike many DTC brands, does not disdain wholesale and has sold its T-shirts in Nordstrom since the brand’s launch. According to the brand, Goodlife is behind the top-selling luxe T-shirt at Nordstrom, Its overall revenues are growing by a high double-digit percentage every quarter, Codispoti said.

“A lot of these DTC businesses were overfunded,” Codispoti said. “A lot of tech investors gave these brands a lot of money to just buy growth. They aren’t apparel investors and don’t understand brand equity or retention. Growth can be very overrated. You can grow a lot and then hit a wall because you didn’t create loyal customers.”

In another move taken from the CPG industry, Goodlife launched a subscription model last year called T-shirt Club. It sends members a new shirt every one, two, three or six months, charging 20% less than the retail price of the shirt in exchange for recurring orders. Goodlife’s T-shirts are around $60 to $68, but only cost $54 for club members. As Goodlife is still learning from the program, it has not yet aggressively marketed it. Goodlife did not share membership figures.

As the forecast for the rest of the year signals the possibility of reduced sales across industries, drawing more value out of fewer products is increasingly an appealing move for fashion brands.

“During a boom economic time, you’re always thinking how and where you can grow,” said Matt Field, founder of MakerSights, a company that works with brands like Madewell to plan their inventory and avoid overproduction. “But recently, there’s been a flight to SKU productivity.”