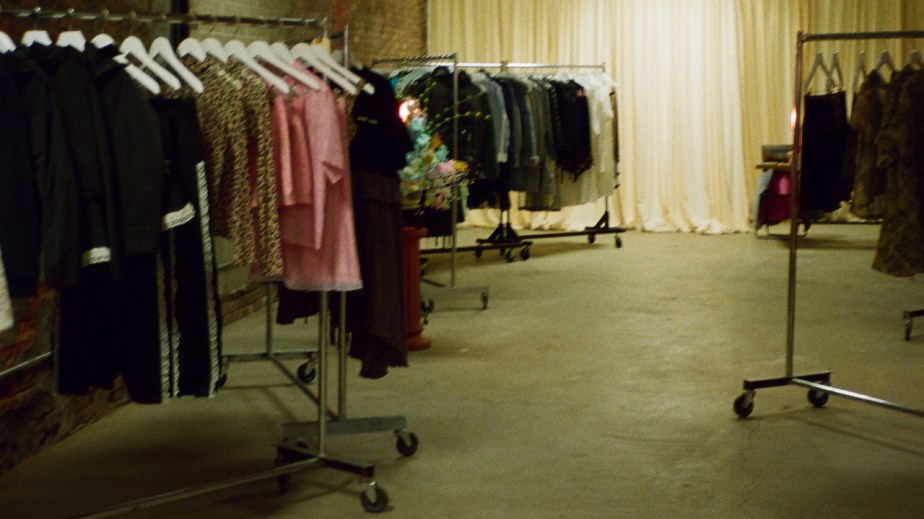 The virtues of a pop-up store as a business tool have been well-explored by now, from offering a good brick-and-mortar experience to gaining new customers. But for its host, a pop-up can be just as rewarding creatively as it is from a business perspective.

Sandy Liang, the designer whose trademark fleece was a staple at New York Fashion Week this year, said the pop-up shop she is operating on Canal Street until Wednesday has been an eye-opening experience.

“For me, this is really one of my first forays into the retail space,” said Liang, who had one other pop-up in November. “The challenge to me is how do I convey my brand? How do I use the space and the feel of the room, and the neighborhood to tell the brand’s story? How do I want the clothes to be shown? It’s a lot of first steps for me, and I’m still getting used to all of it.”

Sandy Liang as a brand does not have any of its own physical stores. Like a lot of smaller brands, it relies on retail partners like Nordstrom and Saks Fifth Avenue to sell its products. Overall, the brand is sold in more than 50 stores around the world. But sending off a shipment of product to a store and having no further connection to how it is sold or who buys it can be discouraging, said Liang.

“I love hearing directly from our customers about what they like,” she said. “I like seeing how people shop, and what things they pick up and try on. That’s very refreshing. I’ve worked with wholesale for a long time. [The brand launched in 2014.] You ship off the product and then it’s over, as far as I’m concerned. Seeing it right in front of you is a lot more rewarding.”

For this pop-up, Liang chose a spot in SoHo, a neighborhood of New York City known for having a plethora of temporary spaces for new brands. The location is the same place where Liang hosted the brand’s fall show on February 10. The brand, like many in its place, is relying on Instagram to promote the pop-up. At the same time, Liang is relying on SoHo’s status as a pop-up hub to bring in new customers who may be walking by.

Liang said there is an immense value in being able to showcase the brand’s products in a more holistic setting, rather than a few pieces here and there, scattered across a number of different retail stores. Having her own space has allowed her a level of creative control over how her products are presented and the message of the brand as a whole.

“We don’t have a retail store, so these pop-ups are the only way people who are interested in the clothes can see them all up close and get an idea of the aesthetic of the brand as a whole,” she said. “It’s important to showcase a bigger range rather than just a store that sells only a few things. You can show things in a way you want to show them.”

Liang’s desire for her own permanent retail spot is reflective of the ways many DTC brands have pulled back on wholesale partnerships. While Liang does not have a specific timeline in mind for opening a permanent store, she said this is an ultimate goal for the brand.

Until that time, Liang said her focus will be on opening more temporary spaces, which will allow her to try new things and experiment with new concepts.

“I think it’s a great concept for smaller brands who can’t afford a full-time lease,” said Liang. “It makes sense for so many reasons to have a new space and breathe new life into it. You’re not just dedicated to one space for a long time. You can experiment in completely different ways.”