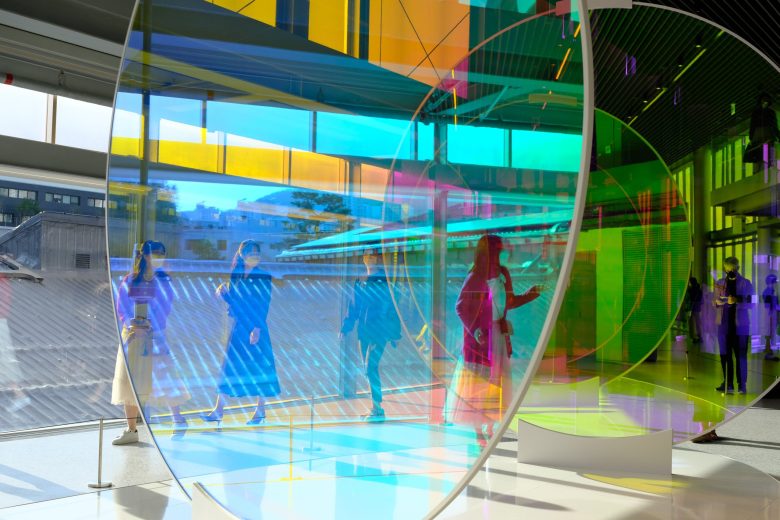 How DAOs could change the fashion industry

Thus far, NFTs have ruled the conversation around cryptocurrency in fashion. But other innovations are beginning to garner attention due to the implications they pose for the industry. Most notably, DAOs present a new way for the industry to function.

DAOs, or decentralized autonomous organizations, are digital communities with democratized governance that stem from the crypto-community. And they could have game-changing applications for fashion. As the industry increasingly engages in Web3, or the next stage of the internet, DAOs could form the next stage of governance and overhaul the current industry hierarchy that still heavily relies on gatekeepers. They’re formed by a group of people wanting to co-create in a community, converge and increase the value of their individual tokens and the value of the communal DAO. In short, they come together to invest, although the potential for DAOs extends to other areas where mutual decision-making would be beneficial. DAOs are also autonomous, operating outside of a centralized governance structure. They’re governed by smart contracts developed by all of their members.

As companies like Instagram and Meta depend more on the content creators using their platform for continuous production of content, the industry’s influence and power are shifting. The idea of democratized control of a platform through a community, as enabled by a DAO, could lead to areas of fashion being governed by one such community. However, the idea is still facing some opposition.

Megan Kaspar is a member of Red DAO, a decentralized autonomous organization that focuses on digital fashion purchases. Last year, the group became the most well-known DAO after purchasing many of the items from the Dolce & Gabbana NFT launch. According to its ledger, Red DAO currently holds about $15 million Ether in its account. “Red DAO was created by a group of like-minded individuals and firms that foresaw an opportunity in digital fashion and beauty,” Kaspar said. “The company’s bylaws, governance and structure were decided when we legally formed the entity, and then programmed it into the Ethereum blockchain.” Other members share an interest in collecting digital fashion and include Danielle Loftus, founder of digital fashion platform This Outfit Does Not Exist, and Katya Kovalenko, a data designer.

Though Kaspar said that the Red DAO opted to be a long-term community focused on broad uses, DAOs can also be used for single purposes, like buying a baseball team or investing in an asset anticipated to be liquidated quickly. But the idea of pooling cryptocurrency to create lasting collections of digital items is only one purpose they could serve. For now, many DAOs are still in a nascent stage, when it comes to infrastructure, and the market is ready for more tools to create them. Kaspar is aware that people still have reservations about crypto-structures, but said she sees opportunity in the digitized market.

Tribute Labs, a framework for simpler DAO creation, helped with the formation of Red DAO. It also worked with digital streetwear brand RTFKT, who recently became a part of Nike, on Neon DAO, centered on the metaverse and digital fashion acquisitions. Tribute Labs currently controls about $20 million Ether.

These applications are only the beginning of what DAOs can do for creators and organizations, where the balance of power is swayed. Community voting in a DAO, for example, is set to drive the character evolution of the first digital influencer, Lil Miquela, who is now a part of the NFT startup Dapper Collectives.

Marieke Flament, CEO of the NEAR Foundation, a Swiss non-profit focused on blockchain, noted the opportunity in DAOs’ community approach. “In large DAOs, the functions may be different. Individually, we all tend to take roles, so it could be that, in one DAO, you want to lead more and propose things, and in another, you just want to vote and have voting rights. The beauty is that you could almost choose the role you play, depending on the DAO you’re involved with. It redistributes how we can make decisions, rather than [following a] traditional corporate structure, where you have to go through managers and the layers of departments.”

Talking about the function of DAOs in fashion, Kaspar said she sees a bright future due to changes in how the industry will be controlled and decisions will be made. “DAOs are a new form of corporate structure that used blockchain technology capabilities, such as immutability, transparency and decentralization,” she said. “They are corporate structures 2.0, from economics, that are fully transparent to bylaws that cannot be changed without transparency across stakeholders.”

Enabling transparency within fashion supply chains has been another big talking point among fashion insiders in the past year. DAOs enable full transparency across its accounts and between its stakeholders,  allowing information to flow freely within the space. Fashion as an industry is still cautious about the crypto space, and yet many of its problems come from a lack of transparency and chokeholds on control of resources and opportunities. Without changes in fashion operations and governance, the industry is not going to be able to move as quickly as it should to take advantage of the pace of Web3.