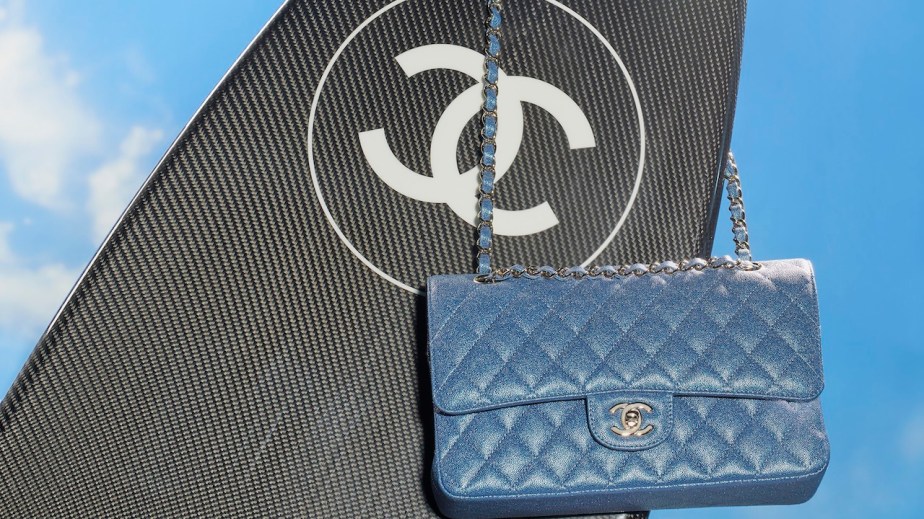 Large parts of the world are still experiencing the ravages of Covid-19, but many countries are now steadily emerging from the pandemic. That’s great news for the fashion and luxury industries. Of course, there are still many challenges to navigate, and many scars and wounds sustained since March 2020. But physical retail is picking up, consumers are excited about getting out and dressing up, and in-person events are resuming, albeit still within certain limits. A new era is getting underway, and the fashion industry is very much here for it.

To get a handle on what’s making the industry tick right now, Glossy’s very first Fashion & Luxury Summit Worldwide invited speakers from around the world to discuss the projects and priorities they’re obsessing over. We discussed subjects as varied and disparate as brand strategies for tapping into the Chinese market, the surge in enthusiasm for fashion-as-investment and the models that are shaping the future of in-store shopping. Below, a full recap of the three-day event.

Since nobody knows exactly when Chinese tourists will return in pre-pandemic numbers, many brands are getting serious about establishing and expanding their China presence. A recent Bain report underlined the urgency around this, forecasting that China will become the world’s biggest market for luxury goods by 2025.

Golden Goose’s CEO of APAC, Mauro Maggioni, described the Chinese market as of “paramount importance” to the sneaker brand. Maggioni talked about the importance for a brand of having people on the ground and localizing for the Chinese market while staying true to its DNA. Brands also have to understand that the Chinese consumer’s purchasing journey involves an ecosystem of online and offline touchpoints that are unfamiliar to many consumers in Western markets. Those include Alibaba’s Tmall, WeChat and Xiaohongshu. “You want to be there touching all the points that this consumer journey is going to,” said Maggioni.

Christina Fontana, head of fashion and luxury, Europe & U.S., for Tmall at Alibaba, said she’s seen Western brands make a “solid shift” toward China over the past year. Many have launched on Tmall’s Luxury Pavilion, the e-commerce giant’s dedicated platform for luxury brands. However, according to Fontana, this didn’t come out of the blue. “This really is just an acceleration of trends that we were seeing well before these things happened,” she said.

Fontana also highlighted the way Chinese companies like Alibaba have melded e-commerce and technologies like livestreaming, short video and AR to raise the bar for the rest of the world. Achieving success in China involves embracing a learning curve that will pay off for brands in Western markets. “They can learn certain aspects of how we do e-commerce in the East, in China, and start bringing those to the West,” Fontana said. She cited livestreaming as an example of a technology that has already taken China by storm, and she believes it will reach a critical mass in the U.S. sooner or later. So get ready now.

We’re seeing a spike in interest in fashion as an investment, both in the traditional sense and in the way the fashion and luxury industry is currently captivated by the potential offered by NFTs. Based on the hype surrounding vintage luxury pieces, sneaker collaborations, and items worn by athletes and celebrities, it’s clear that exclusivity is a major driver of luxury sales.

“It’s a different type of ownership,” said Neda Whitney, svp and head of marketing at Christie’s Americas. Whitney said Christie’s customers treasure pieces with a story to tell, though many also see their purchases as genuine investments, keeping at least one eye on an item’s potential resale value. “We have specialists that are able to really dig into the background of an item and advise on what the value of that item will be, in a way that you know that the value will retain,” Whitney said.

The profile of the fashion-as-investment consumer is also broadening, Whitney said. During the pandemic, 90 different nationalities were represented for the first time among those bidding at Christie’s events, and 40% of all participants were first-time bidders. And although record-breaking sales inevitably grab the headlines, you don’t need to be a millionaire to play in this field. Whitney stressed that the barrier to entry is lower than many think, with entry-level pieces often selling for under $1,000. Of course, all this dovetails neatly with the explosion in interest in NFTs, though the luxury industry is still very much getting its feet wet in the space. Jacob & Co., for example, launched its own NFT watch, and Christie’s sold Gucci’s first NFT for $25,000 in early June. “There are a lot of emerging ideas in the space, but I don’t think we as a firm have really landed firmly in the NFT space for fashion and luxury. We’re more there for art right now,” Whitney said.

Consumers are looking for new ways to shop, and even startups that were trailblazers when they came onto the scene a few years ago are finding themselves innovating and evolving again to stay ahead of their customers. Resale is growing five-times as fast as the first-hand market, and is expected to be bigger than fast fashion by 2025. Clara Chappaz, chief business officer at Vestiaire Collective, said the pandemic accelerated the company’s business, in terms of both new buyers and new sellers joining up. A growing number of brands are also launching their own resale channels in-house. In fact, Vestiaire Collective is offering its own expertise to guide brands down that path.

Rent the Runway has also stepped up its resale program, giving all customers the option to buy the items they rent and love. Chief merchant officer Sarah Tam said categories like denim, band tees and home goods have proved particularly popular. “During the pandemic, we sold thousands and thousands of pairs of denim,” she said. “It totally makes sense. She had the denim at home, she loved it, it fit perfectly — why return it?”

Luxury brands are also getting over their long-standing suspicion of resale and embracing the segment. Indeed, Chappaz said there’s a natural intersection between luxury and resale, describing resale as a “recruiting mechanism” for luxury brands. Not only that, but consumers also want to buy luxury products because — in contrast with fast-fashion items — they’re built to last and they retain an intrinsic resale value.

Rachel Zoe didn’t just rebrand her Box of Style subscription box when she launched Curateur in October 2020, but she also reimagined the concept entirely, pushing the boundaries of what members could expect from a subscription-based program. “I want to curate every aspect of your life,” said Zoe, Curateur’s founder and “Curateur-in-Chief.” The new model still features a box of products, delivered quarterly, but now, the membership also unlocks over 100 benefits that include a members-only store, events and exclusive partner discounts. “You get these insane luxury products at very exclusive discount prices,” Zoe said. “It’s basically bringing women into this incredible community that they feel a part of.”

As Americans emerge from the pandemic, there are early signs that they want to leave the sweatpants at home and have fun with fashion. “The major trends that I would say we’re seeing are unlike any that we’ve seen in the past,” said Sarah Tam of Rent the Runway. Rent the Runway’s data shows that, compared to pre-pandemic, users are saving dressier items — featuring bold colors, prints or cutouts — to in-app files labeled “Brunch” and “Birthday,” for example.

Tam characterized the phenomenon as the rise of the “micro-occasion.” “I’ve never seen such a drastic shift in the consumer mindset. Our consumer is feeling more liberated, experimental and free-spirited than ever before,” she said.

Fashion brands are rethinking what a physical retail store can be and what customers want the in-store experience to be. Of course, the legacy of the pandemic is impossible not to see — in 2021, for example, curbside pickup is table stakes. But the pandemic really accelerated a long-term shift toward a meaningful, genuinely omni-channel approach to retail, where the physical store and online commerce are integrated and complementary.

Holli Rogers, chair at Browns, spoke about the Farfetch-owned company’s new store in London’s Mayfair district. Billed as the “store of the future,” the Browns flagship integrates technology like AR-powered try-on tools and connected smart mirrors that allow customers to browse items and looks. Another pillar of the Mayfair store is a thoughtful, customer-focused philosophy that will underpin the next phase of retail design for many brands.

Sandrine Deveaux, evp of future retail at Farfetch, talked about channeling consumers’ online behavior to create an “immersive, playful and exciting” in-store experience. “You want that curated experience when you arrive, you want that personalization,” Deveaux said. “And what we’re seeing for spending is actually that the footfall may be lower, but the conversion is much higher.”

The role of the sales associate is changing, too. “They’re no longer the person that goes and just brings you something and rings it up at the till,” Holli Rogers said. “They’re the ones that have to be the inspiration. They’re content providers. They’re sitting here telling you all about the technology and what would work for you.”

Long-established brands like Macy’s are also asking how to best engage the next generation of shoppers. Macy’s chief merchandising officer Nata Dvir said the department store is using live chat to replicate beauty advisor services online and looking at how to recreate the sampling experience in the online realm.

Non-fungible tokens, or NFTs, are unique, one-of-a-kind digital assets that can be traded and stored on the blockchain (usually the Ethereum blockchain). NFTs can be attached to a piece of digital work, which could range from a piece of art to a video, or a piece of virtual luxury clothing or jewelry. The NFT functions as a kind of proof both of ownership and that the digital work is the original piece. The most famous NFT to date is a collage-style piece of digital art created by Beeple, which Christie’s sold for $69 million in March 2021.

“I see a future where your marriage certificate is an NFT, your restaurant’s favorite recipes are NFTs, your Instagram account is connected to a digital wardrobe that’s all NFTs.” –Neda Whitney, svp and head of marketing, Christie’s Americas

“The best thing for the environment is not to buy. However, when you make a choice to buy a pair of jeans or a shirt or a leather jacket, we want to make sure that it’s produced in the most responsible way possible, without sacrificing the quality.” –Jens Grede, co-founder, Frame

“We’re going to see customers wanting to be casual, but also dressed-up and to look well-put-together. So things that we’re already working on are: As you’re going back to the office, what should you wear? And as you’re going to a wedding, how do you put [your look] together?” – Nata Dvir, chief merchandising officer, Macy’s