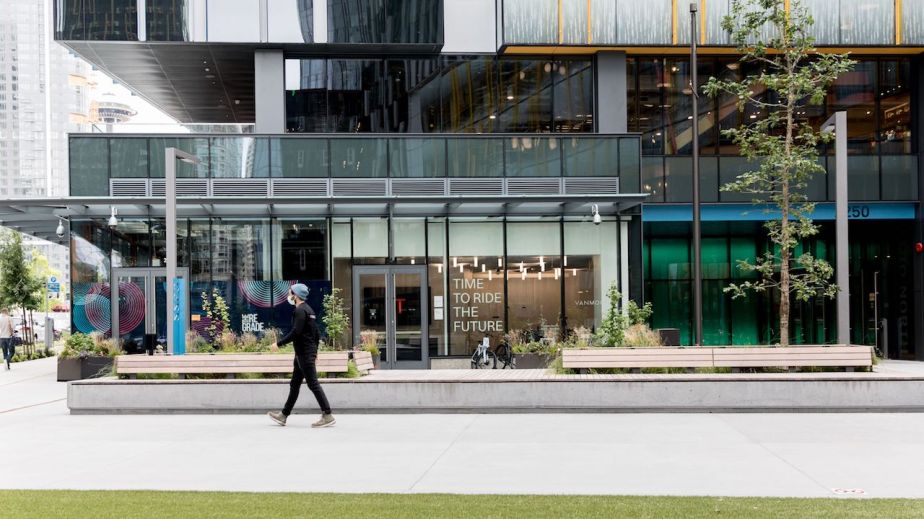 Fashion Briefing: The new strategies for getting brands to reinvest in physical stores

Retail-as-a-service platforms could be the future of retail.

As many brands sour on the idea of physical retail, platforms are scoping up discounted leases and evolving their offerings to lure those on the fence. According to their new pitches, their turnkey spaces eliminate every timely concern around retail, including inflexibility and wasted investment.

In July, retail strategy and pop-up production agency The Lionesque Group opened Periodic in Seattle’s Regrade neighborhood, just across from Amazon’s headquarters. The store features an often local brand that’s fitting for the lively neighborhood, for two weeks to two months at a time. For example, bike brand VanMoof took over the store in July, and inclusive fashion brand 4Twenty4 will move in for holiday shopping. Periodic offers them a range of services: Along with maintenance and fixtures based on products, that includes social media coverage and marketing support through a collaboration with local influencer agency Fearey Group. Plus the space itself — a glass building on a corner lot — acts as a billboard.

“Brands are coming to us to eliminate risk, for sure,” said Melissa Gonzalez, founder and CEO of the Lionesque Group, who declined to discuss Periodic’s pricing. “This is an opportunity for them to have a presence in the market without a heavy lift — and we’ve had a lot of conversations with brands of all sizes about the real estate opportunity. If you have the right product in the right place at the right time, consumers are still shopping.” Periodic’s second tenant, hand-blown glass company Glassbaby, closed earlier than planned after selling out of merchandise.

The company’s launch comes at a time when brands are pulling out of retail expansion plans for 2020. ThirdLove, for example, opened a New York pop-up in the summer of 2019 and planned to open a handful of permanent stores by the end of 2020. The company closed the pop-up in May, and co-founder Heidi Zak told me she has no plans to open a store until late 2021, at the earliest.

At the same time, brands riding out the retail slump have been busy renegotiating lease terms with landlords. Some landlords have appeased brands by embracing turnover-based leases, in an effort to avoid vacancies — though many property owners have failed to maintain sufficient cash flow. On Tuesday, Brookfield Properties, which owns 170 retail properties across the country, laid off 20% of its staff.

Partnering with Fearey Group, Periodic provides an influencer strategy and talent based on the brand’s target market. For example, a fashion influencer may livestream from the store while putting looks together. Influencers for VanMoof created content while touring Seattle on the brand’s bikes. “Some of the smaller brands we work with don’t have a PR firm, so this [marketing] is a big part of it,” said Gonzalez.

Of course, retail-as-a-service platforms are not new — Neighborhood Goods and Showfields have been at it since 2018. Amish Tolia, co-founder and co-CEO of another 2-year-old retail platform, Leap, said the state of his business is “up and to the right” following retail closures from March through May. Leap reopened its last store last week, Naadam at Hudson Yards, and it’s getting set to open a second Hudson Yards store, for clothing basics brand Goodlife, right next door.

Toila declined to comment on the specifics of the Hudson Yards leases, only stating, “We’ve been able to work out fair and equitable agreements to make sure we can mutually get through the unfortunate time periods together.”

Leap currently operates stores in New York, Chicago, San Francisco and Miami. Per Toila, the company handles all components of a brand’s physical store other than stocking it with product and marketing it.

Since March, Toila said, Leap has doubled down on offering curbside pick-up and buy-online, pick-up in-store [BOPIS] at its stores, as well as ensuring that stores can act as online fulfillment centers and associates can provide clienteling services to e-commerce shoppers. Overall, he said, Leap is emphasizing the company’s convenience-enabling services and playing down experiential capabilities in pitches to brands.

In August, Leap launched a pop-up offering via a storefront in Chicago. Rather than sign on for a long-term partnership, brands can open a store for one to three months. Leap plans to open pop-up locations in eight new markets between October and March, with an eye on shopping centers that are outdoor versus enclosed. Per Toila, brands are seeking the short-term stores to test markets, sell excess inventory or capitalize during their peak seasons. The Chicago store currently houses contemporary brand ALC. Hatch then Naadam will move in in the coming months.

“The folks that are thinking about physical retail now are folks that understood the power of retail pre-pandemic,” he said. “They’re realizing you can get all of the benefits of the offline retail channel, but offload some of the risk to a platform party like us. Some people really took a bullet during the shutdown period.”

Gonzalez said she hopes to replicate the Periodic concept in other markets, though no plans have been set. She said, for brands, the goal is to “drive a lot of awareness in a short time, as well as sales on- and offline.” Ideally, the experience will prove a validation point, in terms of the value of physical retail, and they’ll decide to then partner with the Lionesque Group on opening a permanent store.